Today a woman told me:

Гўв‚¬Е“America is, was and always will be the Greatest Nation On This Planet and once we get that idiot out of our White House and get a true born red blooded republican American Patriot voted in, we will be on the right track once again.” 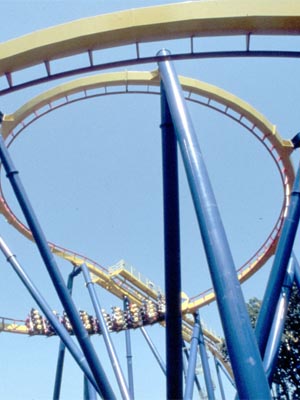 Both the faith in Obama as well as the thought he is to blame for everything rest on messianistic expectations of the political domain. My studies inform me that the American nation is held together by intimate-sounding, utterly superficial chit-chat. Out of sight, out of mind. This is the mentality that profits on the short term but loses out on the long run Гўв‚¬вЂњ people put blind faith in favor of rational recognition of reality Гўв‚¬вЂњ which is that politics, at most, can only offer a subtle adjustment to what the state officials cook up. Politicians can’t even read the bills anymore because those are churned out faster than they can be examined. If Democrats go left, Republicans go right be default Гўв‚¬вЂњ objective discussion is impossible.

The woman’s statement struck me because it contrasted with the feeling that “Rome is burning around us,” as portrayed in several articles on this website. The whole of society is overtaken by a socio-economic mode of thinking in which emotions are exaggerated to win sympathy and display altruism, while people are reduced to nothing but objects of gain. By this I mean to say that peopleГ‚В consider each otherГ‚В good and usefulГ‚В for a temporary distraction -Г‚В but the moment that stops, the connection stops as well, undermining that sense of satisfaction which can only be found in sharing it with another.

Let me just give you an example:

You come across some girl, exchange some photos, she informs you of the deep emotional crisis she has been in, she starts telling you how important you are for her. Someone listens to it and says; Гўв‚¬Е“oh thatГўв‚¬в„ўs wonderful!Гўв‚¬Вќ and as you hear the sound of the voice you can imagine the lip-gloss of her mouth glisten in the spotlights. However the next day sheГўв‚¬в„ўs back to college and you donГўв‚¬в„ўt hear about her adventures anymore. And then when you will encounter the person once again he or she will pretend as if nothing changed and asГ‚В if youГўв‚¬в„ўre still close friends. If they are all like this, I wonder, must this not lead to a deep existential feeling of fundamental loneliness and emptiness?

A group of strangers gather in a meeting, some person starts talking about his work as an antique dealer, his journeys to India to give kids a bunch of pencils, the way he supported his girlfriend when she cut herself due to her condition. People will be listening to these kinds of stories and think: Гўв‚¬Е“That person must be so ambitious and helpful at the same time!Гўв‚¬Вќ And even if people doubt the credibility of these stories they will probably not say so out loud because it makes them look like avaricious and suspicious doubters of the natural goodness of man. A person gives you a phone number, email address or personal cards, but if you actually contact them you never hear about it again.

Can it be helped?

To be honest I am really not sure about it. First because I am not sure whether Conservatism as an ideology can cure the flakiness of people.

Perhaps putting people through rigorous and disciplined exercises can help out. My deepest fear is that Alexis de Tocqueville was right Гўв‚¬вЂњ- which means that deeper loyalty between people was the result of the monarchic and feudalistic systems where people had specific roles to uphold in society with neighbors and family members that closely depended on them.

Second, the main problem of Conservatism is that people aren’t prepared to accept that they require to be ordered around to live their life with a greater efficiency and deeper value. The few that do see it work out are those who perceive themselves at the top of the hierarchy Гўв‚¬вЂњ to order around rather than to be ordered around. I write this because I was struck by the accuracy of what someone recently remarked:

Гўв‚¬Е“In our society, most of those who would label themselves “conservative” are just trying to conserve their own goods, caring little about the true meaning of it, while leftists want to distribute wealth because they are jealous of it or because they seek social appreciation. In the end, all of them fight only for themselves.Гўв‚¬Вќ

Which comes back to the problem of wealth distribution and thus of the political domain: People draw an average, and say: “Okay whoever meets these criteria deserves to get some wealth redistributed to them.” And if you are below that average you’re going to approve of it, while above it one will be against it. This can only be different if either people are convinced they have to work themselves out of their poverty because it is their own fault, or if the upper class voluntarily gives out resources due to fear of a peasant revolution. And in this caseГ‚В both scenarios are rather unlikely because the banks have a large share in the blame – think about it: If everyone would pay off his loans at the same time everyone would be short in money (Due to the fact banks do not create the money necessary to pay the interest).

And thus everything comes together again: We need the political powers to put our banks and monetary systemГ‚В in check, but at the same time we look up to the political domain to fix the problems of our lives. At least many people blame politicians for the misery they experience in their lives.

I think the solution as a whole starts with a sense of community spirit, which requires genuine connectedness between people, serious mutual care.Г‚В Unite with neighbors to prevent burglary and correct teenagers who strayed off the path,Г‚В do groceriesГ‚В to help if someone is sick. It begins with trivial but important things like these, withoutГ‚В these deeds becomingГ‚В hey-look-at-me!-actions.Г‚В

How do we create this? Good question really, we already find our communication going through social media, text messages and other digital sources, on which we can easily switch people off the moment something more flashy catches our eye.

How government destroys the environment | House of cards