The United States Wants Its Balls Back 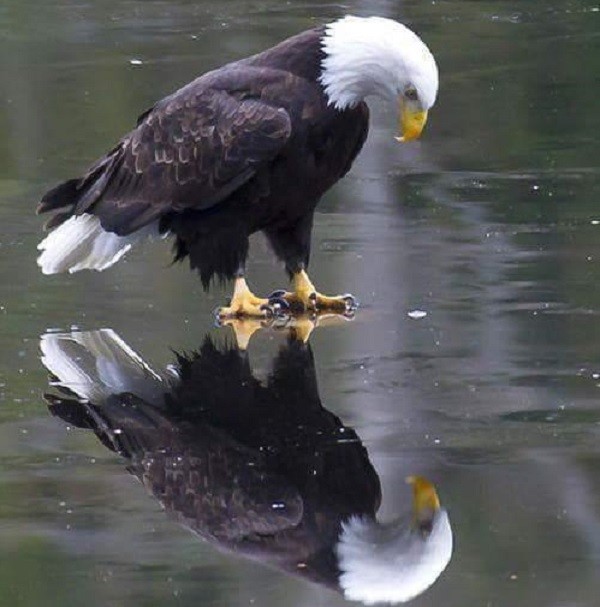 The visceral popularity of Donald J. Trump reflects public frustration with living in an increasingly de-masculinized republic. People are tired of tolerating behavior that goes contrary to their values, and now they are ready to roll the dice on radical change.

Several issues — of symbolic rather than demographic importance — were thrust on We The People by our precious liberal elites. Homosexual marriage, which affected fewer than a handful of people, was forced on Americans from above, followed by transsexualism with Brucelyn Jenner and acceptance of Chelsea Manning in the military.

These attacks were part of a feminist propaganda wave that has dominated America for the past seven years. Generation X was the last group of Americans where some moms stayed home, but now, every kid believes that working moms is normal. This means getting along with those working moms who are almost all leftists. With the rise of Barack Obama, men fled the workplace and women took over, resulting in a surge of feminist propaganda to pander to this new audience.

Trump only stepped in it when Chris Mathews set an abortion trap for him. The establishment attacked afterwards because Trump is the only person to put some balls into the issue, and thus to threaten the feminist hegemony which has kept our workplaces stable, if miserable, for most of the past decade.

Trump’s argument on abortion was a threat to the establishment. He argued that if abortion is morally wrong under the First Amendment (right to life) then it logically follows that punishment would be necessary for the act of killing a fetus. Note that no one asked what the punishment should be; one possible answer would be an abortion tax or penalty to help pay down the debt or fund some orphanages for instance.

Hillary has chosen the wrong year to run for office based on Vagisil. It’s not all her fault the public wants its balls back. Obama emasculated the military by not letting them fight ISIS head on, by having an incompetent female and a gay male run branches of the military, and by deriding America’s past military achievements as “Western Imperialism”. Obama also defunded the military so that he could give out more EBT cards, and refused to defend soldiers when an Islamist opened fire on a military base (“That’s not terrorism! That is gun violence. Now if you’ll excuse me, I have eighteen holes to attend to before brunch…”).

People are finally tiring of being thrown scraps (EBT cards, Obama-phones, etc.) from the DNC in lieu of having a functional society. We need quality leadership, a stable economy, and some kind of identity other than liberal ideology. Is it possible that some of these people would actually rather have their good paying manufacturing job back instead of sacrificing their well-being on the altar of global multi-national corporate deism?

The truth is a woman gets good financial incentives to kill a fetus or not kill a fetus. Kill a fetus and there’s a lot less costs. But also many women are having anchor babies and a large segment of that population just loves how the welfare payments and social services increase when they pop out a bun.

Every sporting event is a wave of pink breast cancer patients these days. The spectacle of 300-pound NFL linemen wearing bright pink while they purposely injure and concuss each other is not pretty. Go to any public institution like a hospital and women in pink will approach you to tell you whether or not you are politically acceptable in their presence. It is as downright Soviet as it sounds.

The anti-feminist revolution is well under way. We will cram an alpha male in the White House and force a former beauty contest winner on them as First Lady whether they like it or not. We will verbally assault the female reporters on Fox News who behave more like escorts than intellectuals. We will create a hefty abortion tax, defund the breast cancer programs that have become Young Leninist indoctrination camps, and cancel any college classes based on postmodern feminist rhetoric.

In short, we are going to give this country its balls back. This is the snap-back: the pendulum has swung too far for too long and now, we are going to pick it up and use it as a weapon to beat down the idiots who have vandalized our lives for the past seven years. Get ready for the single largest and strongest backlash in history.

The more the feminists push their agenda, the more the anger grows. Most reasonable people are pragmatists who also can look far enough into the future to realize that practical idealism, not “feelings” and equality, makes for a good society where ideology makes Soviet-style ruins. The Russians loved their female equality too. It was easier than reality and a good way to get promoted there, too.