The tyranny of democracy 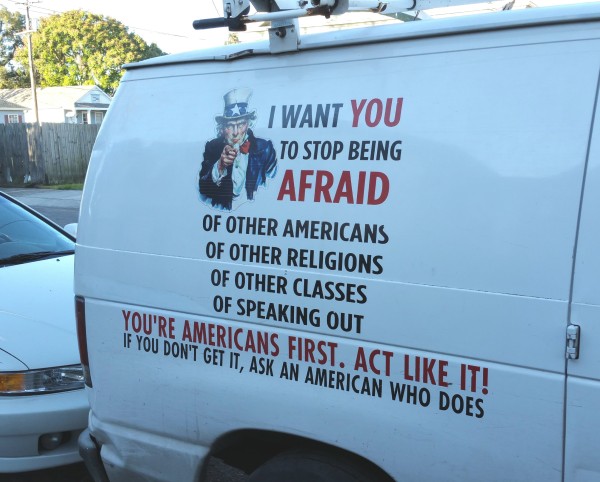 I would like to introduce you to a talented writer who, unlike most of his peers, correctly perceived and communicated the issues on a topic. In doing so, however, he was misled from the truth he should have been looking at.

This man is Michael Cardo, and he writes about the problem of “identity politics.” He understands this phenomenon well and describes it perfectly, but that requires accepting the idea that our purpose should be the sub-issue that identity politics types want to replace the bigger issue.

For the entrepreneurs of racial identity politics, identity is a fixed, ascriptive, collectivist way of being that determines what it means to be a â€œgoodâ€ black or a â€œbadâ€ white, and vice versa.

Here he correctly describes the control method of racial identity politics: it specifies what you must do to be considered good in your tribe, and this allows punishment of those who deviate.

The unasked question is “Why is group identity so important?”

A good white, on the other hand, is one who engages the world through a haze of guilt, regret and shame for the sins of her forefathers.

According to Samantha Vice â€“ a critical race theorist who, astonishingly, claims to be a philosopher â€“ whites in South Africa â€œought to see themselves as a problem.â€

He’s right, but so wrong. The problem with “good whites” is that they are liberals indoctrinated in liberalism. Liberalism, leftism, Communism, Socialism and collectivist anarchy are all different variations of the same idea, which is that of creating a State to support individuals instead of having us all work together toward an actual goal.

Listen to liberals: they will tell you that for them, racial politics are a subset of class politics. Class warfare is how they take over nations with revolutions, kill off the smart people and install a permanent moron majority that will keep voting leftist up until the day the vodka stops coming.

There is no point projecting the problem of white self-destruction into racial politics; it is part of liberal politics and explains why democracy becomes tyranny.

To justify democracy, we must believe that everyone is equal enough that they can make good decisions about our political future through voting. Daily we see massive evidence to the contrary. At that point, we are in “reality optional” world. Votes are a product. This product is produced through illusions. When most people prefer an illusion, who are we to tell them no? They’re equal, which means that they get included in society no matter how crazy their ideas are or how little they contribute, so that we can support our pretense of being moral altruists.

This egalitarian impulse makes our government seem like an ultimate moral good through its method of wealth redistribution, which means that those who do not support it become social outsiders. This is how democracies become tyrannies: the pretense of “good” + the need to censor, manipulate and hide the grim reality that is constantly clashing with the illusions that most people prefer.

Liberals therefore support anything which weakens society and strengthens government, which means destruction of culture, heritage, values, religion and even the sexes. All must be faceless equals who blindly carry out the ideology of absolute good, equality.

For this reason, every natural thing in our lives is replaced with an ideological substitute. Normally, we have self-esteem from our own acts and deeds; under democracy, we get self-esteem from having the right ideology. For whites and blacks alike, this means hating whites and supporting every minority group whose present helps destroy white society. This is the liberal way, and it is the root of the “identity politics” Cardo describes.

All of these terms are what the historian Robert Conquest would have called â€œbrain blindfoldsâ€, â€œmind blockersâ€ and â€œthought extinguishersâ€. They obstruct understanding and stifle debate.

This means there is absolutely zero difference between them and every other leftist revolution in history. The point of ideology is to stop thinking. You find one concept that seems to explain everything else, and rally people behind it because it flatters them. Equality flatters us because it makes us sound like “good guys” to the chanting mob, so we all want to be egalitarians. Every good business is in favor of equality so it can flatter the pretense of its customers, much like they often give small amounts of money to charities so that people read the story and think, “That XYZ brain mulching business sure is run by a lot of nice guys! I’ll buy my brain mulching videos from them!”

Worse still, the identitarians have, as their articles of faith, a disregard for the Constitution, a contempt for non-racialism, and a vaguely articulated socialism that identifies â€œneoliberalismâ€ (whatever that may be) as the root of all evil.

Ideology consumes all else. It is the absolute good, remember. Everything else can be sacrificed to it, including fellow leftists. They have no problem throwing each other under the bus if it tightens the Overton Window or radicalizes the base (the majority of people who support them). It is mass hypnosis.

Cardo’s article is brilliant. He writes better than I do — not that this is all that difficult! — and clearly articulates the problem in a way that all can understand. But in doing so, he becomes the bull rushing after the cape, and that cape is designed to lead him away from the obvious: all that we see now is part of the plan that always happens under leftism.

Diversity is part of the leftist agenda because it is (a) class warfare and (b) destroys society so it can be replaced with government. Leftists do not care if that group is black, Asian or mixed; they just want a group to use to fragment society, and they will invent whatever backstory of victimhood, oppression, cruelty, poverty and sadness needed to support that. As in courtrooms and divorces, there are never 100% innocent and 100% guilty parties.

Read between the lines, and you’ll see a simple message. Liberalism created identity politics to destroy us by replacing sane and natural ideas of heritage, culture, and self-esteem through upholding a values system or social standard. Liberalism is here to destroy those things and leave us with only totalitarian government.

We need to turn back now before we all become zombies rushing blindly to our fate.

Awakening from the nightmare of democracy | Inflation as a control measure