The Swamping of Civilization

When modern society views reality, it views reality with a bias – through a solipsistic, socialized filter. The information that our minds accept is filtered from nature and fed to the brain, we then represent these interpretations as social values, and those which spread collectively is our culture whether great or not.

The thing with modern culture, to me I am consistently disgusted at what is passed around as culture. To see a fake culture and dumbed down population, their surrogates, the little brand logos these creatures stamp on their lifeless creations – to see these things is to observe the destruction of the ground they walk upon, to then instead create something completely horrid and disgusting out of the richness of life that had previously lived there.

Those who are not within this layer of existence – those who are aware of more noble senses can find this distasteful, those who revere nature are disgusted by the second rate falseness of it all; to enjoy so is like turning the body inside-out, turning the mind and consciousness inside out and sputtering its bloody flesh and sickening internal mechanisms outside upon the whole world and in doing so creating such a stench that corrupts and decays every first rate entity into another symbolic surrogative taint.

A sensual stench to me represents this complete environment society has trapped itself within, the majority of people unfortunately are weak imbeciles who sit and watch a mechanical television, entertaining a placid and docile mind, sheltering and swamping the conditions of life, swampifying a stench, mutating noble species into blood sucking insects about their living conditions, these are too comfortable living conditions.

This is not the finale of evolution; is it our fate to devolve smaller and fatter, into insolence and materialism? No, not if we can do anything about it. Humanity must travel further up the mountain of evolution to where the cold kills off those insects, to the flare of ice and freezing air. To the chill of fresh ice, on their own, no disease, bloody bug or viral organism can survive the frozen heights for long, proles perish outside of the swamp, needing constant supplies of water just to stay alive, unable to survive beyond the environmental limitations. 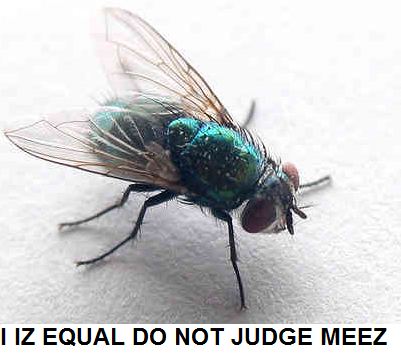 To the heights, it is the path less travelled and is not easy, the path that throws an avalanche onto the disgusting bugs beneath it, to a higher ecological niche where there is more space to further our evolution because we do not all wish to be equal and marginally diverse like little insects. There are higher paths to where longer lives are evolved above the cradles from which they came from, onwards to harsher worlds and harsher dimensions.

Where ever the conditions of living are too favourable – there millions of little creatures quite happy with an odd existence can and are being evolved. In nature where ever the nutrients, water and solar prerequisites are at high compositions there becomes such an abundance of simple organisms that it swamps the landscape.

To swamp is to multiply in quantity creating an abundance of living things, usually slimey and unconcerned with greater creatures. Thus a great foundation for an extremely diverse evolutionary environment set to a stupified pace with odd evolutionary competition, too dense for true speciation – It is no place for solitude if you are a small crawling creature, trying to escape the frenzy of a heated up, almost too favourable living conditions.

Humanity has been swamping for generations; and through the decay of every civilization comes the flood, to swamp with its slimey mediocrity a billion living things that don’t really do much except live for themselves. They know nothing of seasons, what if this swamp is seasonal? If it is, which it is certain due to the fall in intelligence, soon they will face the drought. Only the hardy will survive, only those who want to survive are truly able to survive.

To areas of the universe where life has evolved intelligence and finds itself on a death march toward ecocide, there you may well find a swamping effect of the civilized creatures, the swamping of civilization.