The Sun Will Set and God Will Find His Own 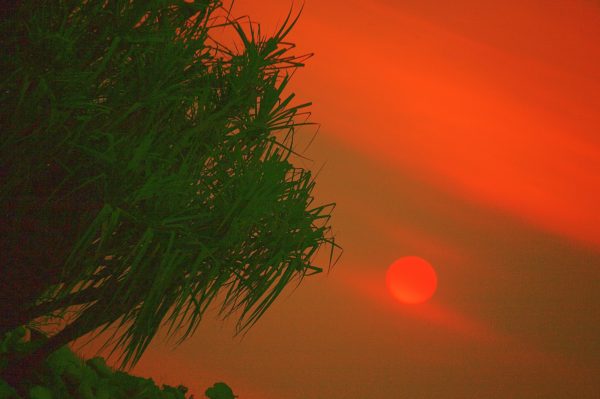 Climate experts are warning that the ocean circulation system â€“ dubbed the Gulf Stream â€“ that brings warm weather to the UK has been slowing down since 2004. Scientists believe this slowdown could have â€œconsequences for the climates of eastern North America and Western Europeâ€

So the gulf stream is slowing down….

And the sun grows weary…

Research shows a natural cooling cycle that occurs every 230 years began in 2014 and will send temperatures plummeting even further by 2019. Scientists are also expecting a â€œhuge reductionâ€ in solar activity for 33 years between 2020 and 2053 that will cause thermometers to crash. Both cycles suggest Earth is entering a global cooling cycle that could have devastating consequences for global economy, human life and society as we know it.

And no, it isn’t Jerry Pournelle penning anti-establishmentarian sci-fi to tweak The Cult of AGW. An increasing bifurcation has beset the scientific community. Team Hockey Stick claims that there is no pause in AGW, and that only the Paris Climate Accord can stop Global Warming. Solar Physicists, survivalists and those who generally distrust anything said in the name of !SCIENCE! have a Climate Scientology Kult of their own. Winter, they warn us, is coming.

So what if it is? We get the die-off. The sorting. Demotism meets its vast and apocryphal reckoning. It will have to happen. Not when the great scientists predict it will. They are all but paid to be wrong. My favorite doomsayer warns us that none will no the hour or the day. And let not your hearts be troubled. Charles Darwin would tell you most of the ones to be culled pretty much had it coming anyway.

You cannot raise an entire infantile generation of over-protected snowflakes and not see them melted before the blow torch of unforgiving reality. Nature tends to sodomize the weak. Weak, dysgenic societies get enough of that action for Sodom, Gamorrah and all the other cities on the plain. As America continues its degeneration from an honorable Republic of civic gentlemen to a demotic democracy of mystery meat, we become ever more deserving of the coming reap. Greg Cochran blogs very slowly so that even this year’s college graddumates can get the gist…

Genetic trends can decrease IQ, and as long as we want the fruit of technological civilization, we have to care about that. There are three main ways in which IQ could decrease:

I. Selection could favor lower IQ within a group. How fast?

II. Demographic changes- groups with lower IQ could be immigrating, or differences in birth rates could mean that smarter groups are declining relative to other groups.

We call our cubicles at work veal-fattening pens in partial jest. Yet most of what we experience in life does nothing to steel ourselves for burning in the crucible that challenges our genetic or mental fitness.

Now I can’t promise you The Sweet Meteor of Death on any date certain; even if you say “Please.” However, I can tell you that sucker will place home at some point. Fatter, dumber and with less lead in the national pencil is no way for any society to prepare for The El Guapo SHTF.

Perhaps the true measure of how badly we’ve managed our culture and society is the extent to which we’ve set ourselves up to be culled cometh the reaper. I urge you to prepare on some level for it to happen one day. Then maybe you, like the seasons, won’t fear the reaper…