The Subtle Extremism Of Opposition To Civilization Decay 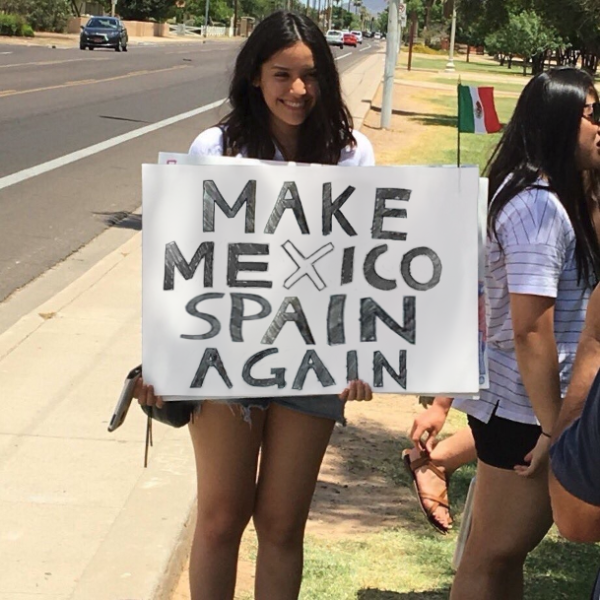 Most people who encounter this blog are confused by its mild-mannered appearance. This occurs because our writers tend to believe in using the most natural, gentlest and sanest methods possible. However, this does not mean we are not extremists — or something even better: realists.

A realist lives in a constant state of the Zen master slap that forces us to recognize that reality is indeed real, and that our continued consciousness — the inner world in which all of our thoughts, judgments and feelings exist — requires us to manage physical reality through an intangible knowledge of how reality as a whole works. That alone is too complex for ninety-nine out of one hundred people.

Against this, the realist can only summon discoveries, or events of noticing what is true in reality and how it applies to how we plan our future actions. What thwarts this is the usual human tendency to use philosophy as a categorical weapon: by giving an idea a name, and making its contents something that appeals to people as a scapegoat, it can become popular and then something can be done. But in the process, this adulterates the idea.

And so, this blog floats in a sea of people gaining money and popularity for creating popular fictions. For example, the white nationalist pitches racial exclusion and believes everything else will be just fine; the Leftist preaches equality and imagines a Utopia achieved through removal of causes for conflict. All of these are human notions where the underlying meaning has been altered by the desire to communicate and be popular.

Peter Brimelow, the founder of VDARE, wrote about his political quest (via Outside In):

So I said, look, Iâ€™m involved in an anti-Communist faction in journalism and weâ€™re going to lose. I think thereâ€™s a real serious possibility that weâ€™re all going to end up in a Gulag.

And, besides that, itâ€™s crippling to our careers.

This leads anyone who is not Left-aligned to ask themselves the question: what is the root of my outlook?

For some, it is race; for others, anti-communism; for some others, like Michel Houellebecq, it is the simple recognition that liberal — egalitarian — ideas do not work and because they are paradoxical, create human disasters in their wake.

At this blog, we are looking at an even more basic level: how to save civilization from self-destruction, because all civilizations so far have self-destructed. That means that we (humans) do not yet have our design for civilization correct, or perhaps there is some flaw in the human design.

If we combat this flaw, we can have an enduring and thriving civilization, and gradually remove from our genetic profile the tendency toward whatever illusion causes us to self-destruct. If we do not, we face a future of permanent Brazil 2.0 status: a disorganized society where our good acts go ignored and nothing we does has permanence.

What opposes us is social practicality:

Maggy was a Canadian and wasnâ€™t particularly political. She listened to this and said sheâ€™d not thought about it before, but, now that Iâ€™d explained it, she could see it was true.

So, she asked with female practicality, why didnâ€™t I change sides?

Human societies unravel because what is socially successful is the opposite of what must be done. Illusions are popular with groups, and individuals are in ninety-nine out of one hundred cases not looking at the consequences of potential actions over time, but at individual emotions, desires, feelings and judgments.

How many times have you heard “I’m sick of…” or “I want…” or “What matters to me is…” when talking about some issue or another? The pathology of individualism has people value what they believe they want right now over the consequences of that action in reality.

Amerika the blog is dedicated to the idea of avoiding civilization collapse, starting in America. Here, a thriving nation has been replaced by a multicultural zombie apocalypse that has no culture, no values and increasingly, no competence. We call that “Amerika” and it is a replacement for the America that did great things in the past.

Avoiding decline is easy: find the actions based on illusions, and stop doing them. With very few exceptions, popular human thinkers are those who distract from this logical and evident truth, because people want to believe that nothing is wrong and they can keep pursuing selfish ends at the expense of self-interest, which includes having a thriving civilization.

For this reason, you will note little support for Amerika on the Right. People fear our message, which is about half old school religion, and a quarter Nietzsche with maybe another quarter for a Deep Ecology style idea of human coexistence with through conservation of nature. They want simple “truths”: scapegoat the Negroes, Jews or bankers; restore popular democracy; use libertarianism as orthodoxy.

In order to pursue those narrow beliefs, they must embrace a fatalistic outlook. Civilization has failed, so prepare for the end, which usually involves activities that make you feel good while ignoring how easily this can be fixed.

The goal of any sane person is to restore the type of strong moral and intellectual people that we had in the age of Aristotle and Plato, or maybe even before, while finding a way to use our technology responsibly and conserve half of earth for nature so that its ecosystems are preserved. That is sanity; everything else is distraction, deflection, excuse-making and rationalization!

And so, the paradox is revealed. A gentle common-sense and realistic approach rapidly becomes radical not because it is extremist, but because the forces of civilization decay — individualism, Crowdism, Leftism — are so extremist. Their acts are destroying us, and to undo them is both as normal as good hygiene and as radical as any idea that humans have ever acknowledged.