The Struggle Of Our Time Is Not Race War, But Labor Revolt 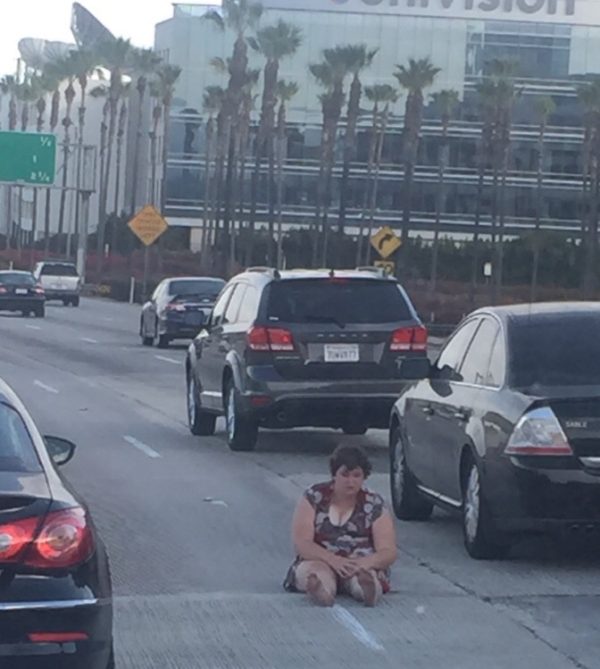 The Alt Right was formed of many things, mainly a Nietzschean and Traditionalist influence on New Right ideas, but it absorbed many other disciplines as it grew.

One of these was Neoreaction, a set of talking points much like the thought-experiments of Plato’s The Republic, suggesting that government had separated its incentives from it ideology and thus become corrupt. Neoreaction rest on the ideas of Mencius Moldbug who admit an influence from white nationalism which helped him frame his understanding of the modern power struggle:

In Fjordman’s model, we see two groups: White and Swarthy. White people, or at least some of them, are gripped by some mysterious masochistic urge to self-destruction. If Whites unite, accept even just the slightest touch of White nationalism, and act collectively, they can defeat the anti-White neo-Communist Swarthy jihad that otherwise threatens to devour them all.

In my model, there are not two sides but five. Three of these sides are white, two are swarthy. And we see no mysterious masochism at all, just the usual hominid struggle for factional dominance. One of the white parties (Brahmin) is ganging up with the two swarthy parties (Dalit, Helot) to apply a good old-fashioned whupping to the other two white parties (Vaisya, Optimate). Just another afternoon of nasty on the History Channel.

Moldbug got a lot right, but when he is wrong, he is strikingly wrong, starting with his complete misunderstanding of caste.

The people on top are in fact the Vaisya, or the merchant and bourgeois classes, whom Moldbug seeks to exonerate. There are probably no Brahmins left, as democracy tends to exterminate these through direct action or fading away due to misery.

Even more importantly however, he misunderstands history. Every civilization is undone by a revolt of its labor classes. This is how civilizations go out, because as they prosper they become bottom-heavy because the labor classes breed faster, which then causes smarter people to basically abandon civilization because it involves too much time-wasting care for idiots.

To survive, a civilization must ditch its bottom-heavy extraneous population. However, this becomes difficult one caste systems fall. This is why idiots persist at all levels of American and European culture: we no longer keep them isolated as serfs, and despite being fools — having unrealistic and crass judgment — they are capable of jumping through the intellectual hoops required to have power.

In a sane age, would George Soros be anything but a turnip-picker? What about our celebrities, would they be anything above prostitutes? Or our politicians, who would be running small shops instead. We have pushed the mediocre above the excellent.

This is the actual critique of white nationalism: it does not get to the core death of western civilization, which is mass revolt by lower castes.

Yes, the Other need to be removed from among us, preferably by as gentle a method as possible. Yes, we need Leftism to die. But before that, even, there is the trap that every society falls into: as it grows wealthy, it tolerates too many useless people who then overwhelm its power structure by infesting it and making it so tedious that no one with a bran will go near it.

When mass revolt happens, it does so through solipsism, or the refusal to consider the world anything but part of the self. That in turn reveals that the essence of liberalism is individualism, which is expressed in “Lockean” collectivized individualism which demands the desires of the individual coming first, as is the definition of individualism.

Every other word in his article then operates on clear, overt, Lockean conceptions of the individual being prior to society.

There are three options for the priorities of the individual:

The first two fail because they argue from a finite thing and miss the point: society is about doing what is best for the organic whole, in which disparate parts work together without parity of power, as in a natural ecosystem. Prioritizing from principle, or idea, allows the individual to stay consistent with past and future of that society instead of arguing from a specific point of time as an ideal.

This also avoids the error of absolutely placing self or society first. The goal is civilization itself, which is an idea that appears in parallel between leadership, religion, culture and biology. This ideal can be applied to the status quo at any time, improving it.

Nationalism is a rejection of individualism, or the idea that the individual comes first before anything else. This in turn rejects the foggy mental state of solipsism in which most humans, especially those in the bottom-heavy mass revolt group that normally serves as labor, exist by their nature. It is our simian heritage to be oblivious of anything except ourselves and how adorably clever we are.

By rejecting individualism, nationalism allows “bootstrapping”: political order protects the positive in culture, nurturing it upward. Through that mechanism, society improves on a qualitative level, which then allows culture to take over its role as modifying government and not the other way around.

With this in mind, it is clear that achieving political nationalism is the first step in undoing the decay wrought by individualistic leftism:

[Brexit] would be a reversal and overturning of decades of ‘progress’ towards an Establishment-controlled materialist nihilist totalitarian world government; and that would really be a catastrophe, which might not end there but might be the first and crucial strand to break in that vast web of lies in which – the elite recognise – they have made, sustain and in which we all dwell.

One broken thread – and the UK is a very thick and structural thread – strains all the other threads; snapping the UK thread may lead to a chain reaction.

…the sheer ‘mental’ terror of the Establishment lackeys and minions reveals that if Brexit happened fully and soon, it really would strike a blow against the culture of death which is deliberately driving us towards willed spiritual suicide.

The organization created by wealthy special interests is always liberal. It is Leftist because the only way to manage a mass revolt is to turn it into mass culture, and people of that nature only respond to the positive social feelings they get from ideas of equality and social unity.

Asserting any value higher than the human individual and material practicality — this includes society-first reasoning — breaks the back of this corrupt parasitic invader. Since liberal democracy is essentially a dead letter, we are now in the process of turning toward nationalism to bootstrap ourselves to a principle-first outlook.