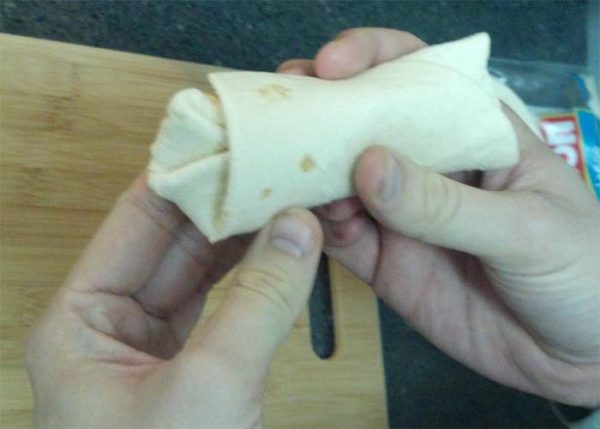 Back in the 1990s, an influential book called The Selfish Gene emerged. Its basic premise was that we do not use our genes, but they use us, meaning that we exist to perpetuate the gene and not vice-versa. Naturally this was not literal because genes do not have agency, but it served as a powerful metaphor for Darwinism: ideas, not intentions, win out, and we are their vehicles.

This coincided with ideas advanced by William S. Burroughs and Tom Wolfe, namely that ideas use us in an analog to biological viruses. When an idea appeals to a large number of people, they exist to give it immortality, and they pass it along by force because of some need of their own that the idea purports to address. Whether it does or not is the question of history, which shows us that humanity has been racing from one idea to another, looking for stability, which is manifested in the absence of illusion, as they shuttle between extremes.

Idea-viruses can destroy whole societies. It is possible that certain Maya regional civilizations perished because when the droughts came, they chose sacrifice to the gods over rebuilding the irrigation system that took water from rivers to the north. Many of us would say that Athens tore itself apart internally in pursuit of the humanistic society, and that the Soviet Union did the same.

Every society understands the basic idea that it should be virtuous; however, that simple notion is then hijacked by narrower definitions which use that society in order to perpetuate themselves, much like viruses injecting their DNA into our cells, which then become little factories to replicate the virus, bursting and letting the toxic brood spill forth.

Our current society is crucifying itself on the cross of pacifism, which is our interpretation of virtue because an absence of pacifism means internal struggle and thus that the higher will remain above the lower, a condition which insults our bottom-heavy population. Pacifism for us is a mix of pluralism (“agree to disagree”), equality, and diversity. Each idea supports the others, which makes them a whole idea.

People love pacifism because it means that they can never be wrong, which is another way of saying “the rules do not apply to me.” That is, they can do whatever they want, and no one else can point out that they are transgressing against the flag, king, gods, morality or virtue. This is why they aggressively try to remove religion, culture, and other unique statements of values, because these are standards against which the equal individual can potentially transgress, and therefore risks to those who desire above all else to be equal.

Diversity is a crucial point of this strategy. It was always designed as genocide, or at least erasure of the majority culture, because majority culture provides a standard against which other people can fail, and that failure is exactly what equality was designed to avoid.

This is why The Stevens Rule exists, which is:

When discussing diversity, inevitably someone is going to start talking about restaurants and ethnic food, and the fact that it happens sooner rather than later means that people really have no idea why they “think” diversity is our strength, at all. They know that it is the right thing to say, socially speaking, but beyond that, their reasoning is as murky and chaotic as the East Bay.

This reveals the actual reason for diversity: there is no advantage to diversity, except that it enables white people to one-up another with pretense.

It is a type of revenge… life made me a loser? You got the BMW, and I got the Hyundai? Well, screw you, buddy, because although I am not wealthier, I am better. You have a BMW, but I have diversity. It’s just like kids in the 1930s listening to “race music” and thinking they were edgy and stuff, or the Bohemians of the 1870s who lived like gypsies. Nothing provides better revenge against your parents and people with more money or brains than you than saying, “I hate You and I embrace the Other, because I hate You most of all.”

Of course, these people make themselves neurotic because revenge is essentially a way of enslaving yourself to the person you want revenge upon. Your life is dictated by what you must do to respond to the world in order to get revenge on them, and so they, instead of virtue, have become your focus.

As a side note, this means that the diversitarians are in fact the most racist people on planet Earth, which would bother me if racism were actually a thing (“racism” is the Leftist term for the variety of “freedom” or “independence” that has non-neurotic people exclusively favoring living among people like them, not just by race but by ethnicity, caste, religion and general direction; for example, Your Author prefers to live among Caucasian, Western European, Kshatriya or Brahmin, Protestant or Deist, conservative realist people). Diversitarians are recognizing the importance of race toward producing an Other, and then using those other races as means of both revenge and caste-jumping among Caucasian people. No wonder they are all neurotic.

People are cowed and cordycepted by the idea-virus of diversity, which is what gives it power. It is the equivalent of the courtroom question: “Yes or not answers only, please; have you stopped beating your wife yet?” It’s a gotcha, and the Left loves gotchas because nuance, depth, and duration are anathema to their rather square-headed thinking.

When someone asks you if you support diversity, there are two answers: yes, I’m with the good people and I want to do virtuous things; or, no, I ride with Hitler and I want to gas six billion non-whites including your Bubbie. There is no middle ground because the question is a binary based on support of something arbitrary, so you either indulge in the illusion — the idea-virus — or you are free of it.

This is the power of the idea-virus; it eliminates the middle ground, which means that failure to agree is the same as disagreement or enmity, when in reality those are different things. If someone asks me what I think of Gefilte fish, I can answer that I have never had it, that I do not eat it, that I think it is an abomination or finally that I think it should not exist. These are different answers, but not to the idea-virus!

In the narrow cadre of Realists, one truth shines above all else. Everything — every object, idea, person, group — acts in self-interest. They do this because self-interest cannot be subverted in the same way altruism, compassion, friendship, love, peace, harmony and other seductive terms can be. Nature sticks to the bottom line.

When you see the world this way, you realize that altruism does not exist and that diversitarians are not pathological altruists; they are people using diversity as a weapon to beat your head in, get ahead of you and take your stuff, like the shopkeeper who figures out that he can claim his competitors put horse meat in the soup.

In addition, you realize that diversity itself is not the idea. The idea-virus is that of power, or that the individual can step beyond his role in the natural place of things to have pure, raw power… which is reflected through the obedience of others… which in turn is the only thing on Earth that can truly turn someone into a slave, that dependence on the opinion of others.

And so, like all things evil, we see that servitude presents itself as freedom, much as evil always presents itself as good and diversity presents itself as anti-racism. The idea-virus has won out by requiring one level of interpretation — thinking ahead to more than the next move in chess, more like several moves ahead — beyond what most Caucasians can understand.

The time of The Selfish Idea has ended, however, as Samuel Huntington pointed out, because with the rise of the “clash of civilizations” we have returned to organic or unequal and naturally-arising distinctions as opposed to ideological ones, which are based on the idea of a universal human truth which “should” be imposed upon reality. All ideology is humanism.

As these organic times return, people come not just to distrust a specific ideology — the toxic brew of Leftism, diversity, consumerism, and egalitarianism that the American neoconservatives and neo-liberals share as a means of uniting their governments — but the idea of ideology itself. Ideology requires that you believe that The Selfish Idea is not selfish at all, but altruistic, and therein is the root of the lie.

When we do not require the approval for other people for our self-esteem, we can rediscover virtue: it is made of doing what works, but choosing from within that set, the set of what works best, which means that which the finest minds among us recognize. We cannot separate realism from the pursuit of genius. But with virtue, we no longer “need” The Selfish Idea; we have realism, instead, which works better anyway.

We can make our own Mexican, Italian, Asian and Irish food. It’s not rocket science. We can farm our own crops, raise our own livestock, build our own gadgets, clean our own floors. “Freedom” may be nonsense, but the way of life that does not involve being beholden to others for our own survival is worthy of praise.