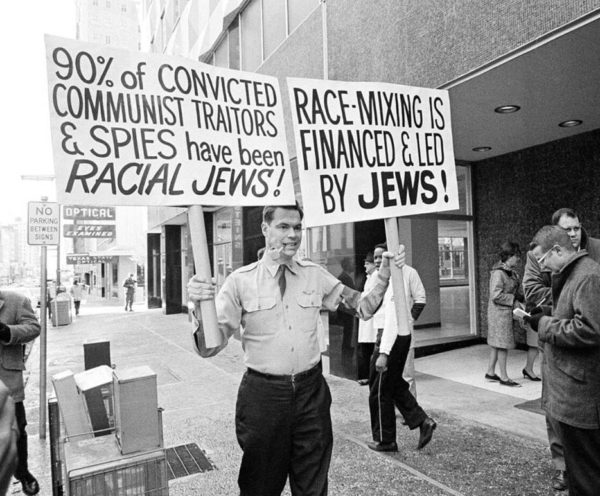 Your internet clique — whichever one you have joined — is a joke.

No one is going to convert the world to their own idiosyncratic agenda.Â  Even if you can get a few thousand people to listen to your podcast, you still wonâ€™t have the same effect on the world that an obscure Baptist church in the middle of nowhere has.Â  A few thousand people showing up for a baseball game on a Wednesday night is considered a small crowd, so do try to keep things in perspective.

And why should anyone privilege an online community as being more serious for discussing politics?Â  The world would be a better place if people with too much time on their hands spent their free time raising chickens, fixing old cars and making rifles instead of pumping out half-baked manifestos featuring their preferred scapegoat and scheme for bring about utopia.

The common thread between the SJW activist arguing that all the worldâ€™s problems are because of white men, the socially alienated NEET who blames the Jews, and the super concerned religious person who thinks itâ€™s the homosexuals is that theyâ€™re all falling for narrative fallacies.Â

A narrative fallacy is any story or explanation that portrays the world in simple terms of good and bad where we, the masses who voted for all this insanity, are innocent.

There really isnâ€™t a bad guy pulling the strings in a dark tower somewhere.Â  The world is a place we didnâ€™t evolve to understand, but to survive as hunter gatherers fighting with other hunter gatherers.Â  People simply take a few random threads and work together a tapestry of a narrative that helps them to make sense of reality, but is in fact not reality at all.Â  Nothing good comes from following a map while ignoring the actual facts on the ground.

The problem with narrative fallacies is that “all roads lead to Rome,” and in this case Rome is the type of individualism that makes people both narcissistic and paranoid. Most people take the red pill only so that they can create a new narrative where they get to play the victim card, which is a simpler, easier and more convenient idea than actual analysis, so it quickly takes over any right-wing group.

What can anyone do then?

The great power of /pol/ is not in playing capture the flag with idiot celebrities or promoting any particular political agenda, but in providing a forum where information can be ruthlessly reviewed.Â  The value is not the funny memes, but having a place to get data about whatâ€™s actually going on.

Twisting things for purposes of propaganda doesnâ€™t help anyone.Â  No one cares about your pet conspiracy theories except for your own personal social media clique.Â  And the only real result of your social media clique is to get into flame wars with other cliques you agree with 75-90% of the time, but with whom you disagree on as little as one minor point of political theology, so an Encyclopedia Dramatica article can be inspired.

Tell people the facts.Â  Call out liars and charlatans.Â  Donâ€™t get sidetracked with personality cults or agendas.

We do not need conspiracy theories or narrative fallacies to explain what is going on. In fact, we need the opposite: people relentlessly tearing down the illusions until all that is left is the truth, and then we can set aside our personal drama and work together toward a realistic solution.

But that will never be as popular as the lottery of personalities that the game of cliques provides.

Trump, DACA And The Dubious Concept of “Limited Government” | The Stevens Rule