The art of the modern short story can be difficult to grasp. The idea seems to be to replicate the theme, mood, and consistency in a novel, even exploring character development, but keeping it short and thus, perhaps, leaving more to the imagination of the reader. One doesn’t whip through a short story collection; you read one, absorb it, think about it – and maybe read it again. 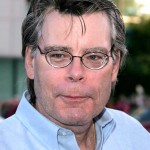 Stephen King is one of the masters of modern short storytelling. I’ve found his short stories to far surpass the quality of some of the endless character development that occurs in his earlier works of 700-plus page novels. Not to say there wasn’t merit in the novel-writing fundamental display that was, say, The Tommyknockers, but most don’t realize his talent for short story writing.

“I find myself even now, not wanting to say what I really believe, which is that people are too goddamn lazy to bother anymore…to pick up let’s say a book or a magazine, where you’re required to start over and over.”

“People have a tendency to be cautious; they say, ‘this is a grab bag, this is a pinata, I don’t know whether I’m gonna get a nice prize or a bad prize. But I do know that if I tune in to American Idol…I’m going to be exposed to the same comforting level of mediocrity week in and week out.’ And so, people are lazy.”

There are a bunch of factors at play here that King brings up: 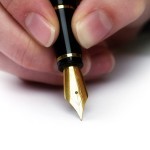 He runs quite the risk even saying this on film, to alienate his own fan base. Then again, Stephen King is a businessman, and by now an institution; an automatic best seller. This causes an interesting little paradox: the guy who should be watching his mouth in the media actually says whatever he damn well pleases.

King is at a point in his career where he doesn’t need to make money nor please anyone, and besides, the guy churns out hundreds of pages with such ease that he probably has plenty of time to work on his short stories. Given the tone of the above linked interview, it’s likely that he views short story writing as one of his favorite activities, he just happens to be good at writing novels too.

Like Kurt Cobain, but less suicidal, King has elements of his artistic ability that his fans will never understand. And someone as successful as him certainly doesn’t let it slip by him that 99% of the people who read his writing fail to appreciate everything that goes into it.

It’s the defrauders, stupid | Lawns are a design defect