Lawns are a design defect

One of the pillars of modern society is the idea of selling everyone luxuries they not only can live without, but would be better off as a whole never buying into.

Private companies and individuals alike buy into needless luxuries. This is in part due to ordinance requirements in some locales.

In other cases, like the bleaching-white of our paper products, it is a shallow expectation forced on us from our modern progress social reality.

The US landscaping services industry includes over 70,000 companies with combined annual revenue of $40 billion. Large companies include the TruGreen Landcare division of ServiceMaster, The Davey Tree Expert Company, The Brickman Group, and Asplundh Tree Expert. The vast majority of companies are small with annual revenue less than $2 million. The industry is highly fragmented: the top 50 companies hold only 15 percent of the market.

The sterilization of formerly biodiverse spaces on private property combined with chemical contamination are side effects of having lawns.

Lawn Culture, or considering the loss of local biodiversity, lawn monoculture, like Automobile Culture, is one of those destructive modern design defects that has been mass marketed to us for decades. 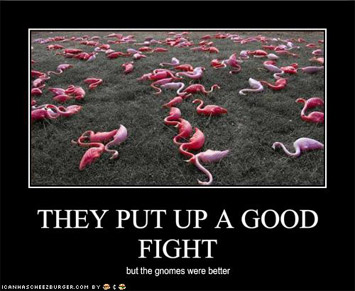 As defects, these artificial modern cultures cause errors that while benefitting a company or a consumer only in the most selfish way, in exchange tax the whole for the long term.

Not many residents understand that lawn fertilizer can cause water quality problems – overall less than one fourth of residents rated it as a water quality concern (Syferd, 1995 and Assing, 1994), although ratings were as high as 60% for residents that lived adjacent to lakes (Morris and Traxler, 1996 and MCSR, 1997). Interestingly, in one Minnesota survey, only 21% of homeowners felt their own lawn contributed to water quality problems, while over twice as many felt their neighbor’s lawn did (MCSR, 1997).

While we cling to such needless modern luxuries, the invisible costs stay with us for the long haul.

They’re like a prosperity sink in that when the economy is good, people buy into goodies like brand new cars, driving more miles, landscaping and lawn chemical services more, which of course applies the invisible costs against us in the background in a roughly zero-sum game for civilization overall.

UN agencies have said reduced or ended lawnmowing and treecutting will slow down global heating. The 1990’s EPA published legal briefs available without cost to those fighting compulsory mowing ordinances. Highway departments have found that bushes are better than mowed median strips.

The growing proliferation of anthropogenic biomes on a large scale has already been addressed here. So has the utter destructiveness of this activity, even as it is marketed to us, in a mindless display of contradictions, on no less than utilitarian and progressive grounds.

Anthropogenic biomes describe globally-significant ecological patterns within the terrestrial biosphere caused by sustained direct human interaction with ecosystems, including agriculture, urbanization, forestry and other land uses. Conventional biomes, such as tropical rainforests or grasslands, are based on global vegetation patterns related to climate. Now that humans have fundamentally altered global patterns of ecosystem form, process, and biodiversity, anthropogenic biomes provide a contemporary view of the terrestrial biosphere in its human-altered form. 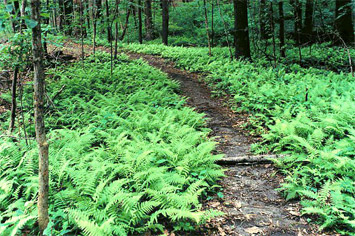 Since mass marketing is practically a century-old science by now and another of the modern pillars is individual liberty combined with the distributed hidden cost of damage of such freedoms, we can’t reasonably expect decades of mere public environmental educating to outcompete these two forces.

Nevertheless, a tiny minority will always be around to calmly dissent against the liberated democratic masses who like a caged tribe of monkeys are as a whole easily manipulated Â by using consumer marketing combined with their own natural apathy and ignorance.

In the context of landscaping, three of the most significant ways to reduce environmental pollution are by cutting back on the use of chemical herbicides, pesticides and fertilizers.

The negative method, doing without, is only half the possibility for lawn alternatives. Another possibility is to replace these high maintenance, sterile lawns with the positive actions of natural local flora and fauna.

After all, they’re prettier and cost us much less both visibly and invisibly than paying for a host of economic and environmental parasites we call lawn services and chemical treatments.

Landscaping with native wildflowers and grasses improves the environment. Natural landscaping brings a taste of wilderness to urban, suburban, and corporate settings by attracting a variety of birds, butterflies and other animals. Once established, native plants do not need fertilizers, herbicides, pesticides or watering, thus benefiting the environment and reducing maintenance costs. Gardeners and admirers enjoy the variety of colors, shapes, and seasonal beauty of these plants.

The short story | The hero is dead; Long live the hero