The scourge of Christianity

Friedrich NietzscheÂ taught usÂ what theÂ morality of the original founders of society was: â€œdo what needs to be done, do not look back in regret, and do not waste time with feelings of guilt.â€ 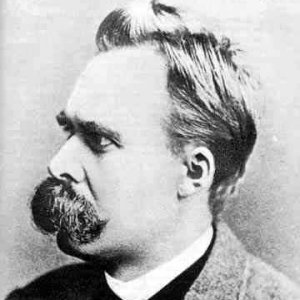 The aristocratsÂ Nietzsche describedÂ held raw and remorseless marching towards oneâ€™s goal as the highest virtue. This morality was reversed once the lower classes gained more intellectuals among their members â€“ these devised new memes that competed with those of the existing elite. (Intellectuals were often desired as house-teachers by the Romans. This is how the Stoic and Epicurean philosophies spread to the Roman Empire.) Due to the altered memes, compassion and charity became virtuous, and by coming into contact with these new memes, the ruling classesÂ were influenced and ultimately subjected to them. The morality of the lower classes subverted that of the elites â€“ it now made the aristocrats feel guilty for trampling the meek underfoot.

Slave morality does not aim at exerting one’s will by strength but by careful subversion. It does not seek to transcend the masters, but to make them slaves as well. Since the powerful are few in number compared to the masses of the weak, the weak gain power by corrupting the strong into believing that the causes of slavery (viz., the will to power) are ‘evil’, as are the qualities they originally could not choose because of their weakness (Strength, Pride, Courage, Honour). By saying humility is voluntary, slave morality avoids admitting that their humility was in the beginning forced upon them by a master.

A good example of this is the rule “turn your enemy the other cheek”, as Jesus taught:

“Christians should pray for Osama bin Laden’s soul even though he was their enemy, as forgiveness is a key teaching in the Bible, a cardinal told an Italian daily in an interview out today.

“I have prayed for the soul of Osama Bin Laden. We have to pray for him just like we pray for the victims of September 11. It’s what Jesus teaches Christians,” French cardinal Albert Vanhoye, 87, told Il Messaggero daily.

“Jesus obliges us to forgive our enemies. The ‘Our Father’ that we recite every day says that. Does it not say ‘Forgive us our trespasses, as we forgive those who trespass against us’?” Vanhoye said.” Source: http://www.timesofmalta.com/articles/view/20110504/world/christians-should-pray-for-bin-laden-cardinal.363579Â (accessed May fifth 2011)

For the Ancient Greeks, Romans, Norse and Samurai, if someone did something humiliating to you, you would do something equally harmful back. To restore the balance, so to speak, one would seek vengeance and it would not matter if you would risk your life. Honour was of greater importance than physical wellbeing. The aristocratic master is a natural master because he is naturally inclined to put his life on the line to save his prestige. The Spartans settled as a warrior tribe and subjected the local population into economic peasantry (helots).

If you know anything about (political) philosophy at all, you’ve probably heard of the social contract.Â It is a theory expounded by Thomas Hobbes, John Locke andÂ Jean-Jaques Rousseau. This all began with an artificial state of nature in which there were no laws or sovereigns. So, you were free to do anything. You could steal the crops of your neighbour and have sexual intercourse with his wife, should you desire so. Problem was that the same thing might as well happen to you. For this reason people came together and agreed that they would abandon their reach for the possessions and lives of others, so that their self-preservation was at least better guaranteed. Instead, this right to decide about life and death was entrusted to a sovereign, who would use this power to defend law and order.

According to Georg Hegel however, the state of nature did not end with the formation of a social contract where everyone was equal before the law. Instead, the social contract was little else than a master-slave relationship. The state of nature ended when two men, fighting one another to the death, had one yield rather than fight on. Weary from uplifting his sword, he sank to his knees as streams of blood across his chest mingled with the mud and rain. It was at this moment that he would rather submit to the other duellist than face death. It was here that he recognized his inferiority â€“ his natural revulsion of agony and death. It was here that he recognized the true humanity of his master â€“ because the master was able to fight, and die, for the sheer concept of upholding his dignity.

The slave was looked down upon, because he was too weak to resist when beaten. It was his natural fate to give in. Jesus however taught that turning the other cheek was not a worthless, but in fact a very noble thing to do. So the slave no longer lived in constant self-loathing because every time he received the lash, he was ashamed of his weak nature. Instead, submissiveness to humiliation became a moral virtue. After all, it is not hard to love one’s friend and to hate one’s enemy. But to love your enemy, that is true self-conquest and an impressive feat! Hence Christianity spread like wildfire, considering half the world population was subjected to Roman rule at the time. Slaves and women were the first to embrace Christianity. Soldiers and Emperors only later followed, when their wives and personnel had already converted.

Have you ever come across a girl, probably aged 16 to 20, who spent most of her time decorating a virtual house, watching soaps on television, and sending text messages to her peers? In this case, instead of working or studying or making herself useful in the household, she had stopped studying and worked one day per week in a clothing shop. When not busy with that, she was sending photos of herself to impress guys, while being unable to maintain a serious conversation with one. â€œWhy does she exist?â€Â one mightÂ wonder. â€œWhy doesnâ€™t anyone force her into productivity, or at least demands that she sets a goal of some sort and does something useful with her young life?â€ Why, instead, was she supported by welfare? It is because we have created a society that sees upon girls like these as â€˜unfortunatesâ€™ and â€˜unlucky-onesâ€™. Not as usurpers who undermine the morale of our youth and who drain our economic power. This is what we inherited from Christianity.

A secondary important thing to notice is that, up until World War II, there was an important divide between AnglosaxonÂ (mostly utilitarian) and Germanic philosophical schools of thought (with thinkers such as Hegel and Nietzsche). Due to the prevalence of utilitarianism, the decline of True Humanism was accelerated. Utilitarianism emphasizes thatÂ qualifications of behavioursÂ are irrelevant when one could organizeÂ society in such a way that this behaviour would atÂ least not cause tangible harm to thirds. Sinful was reinterpreted into harmful.Â

The thinkers who developed utilitarianism came right after the Industrial Revolution and EnlightenmentÂ Age and they basically accepted the spirit of Christianity – the greatest benefit to the greatest mass of people, accepting self-sacrifice asÂ a worthy thing when it was done to profitÂ a greater number of others. At the time of the utilitarianists there was stillÂ plenty ofÂ discipline and inspiration around. They could not oversee thatÂ although personal improductivity, homosexuality, lack of cultural knowledge, lack of taste andÂ lack of clear role-patterns produced no negative tangible effects on the short term,Â they wouldÂ in the long run. This was because their society was at the peak of Western Greatness so the positiveÂ momentum was much too prevalent.

Class war in reverse | The ego, cause/effect and victimhood