The ego, cause/effect and victimhood 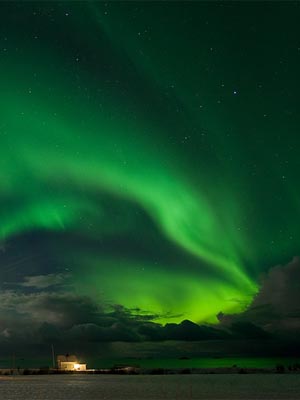 If one factor defines our universe, it is causality.

Causality is the root of relativity: parts of reality can only define their motion or existence by the existence of other parts.

Without those other parts to cause them, or cause interaction, the first parts would be said to exist as they would be inert possibilities but not realities.

We can say that on some level, all things are relative to the whole of the cosmos, but that cosmos is filled with objects that we measure, without awareness of the cosmos itself.

For this reason, we say we know our world only by relativity. We observe other parts, or we interact with them. Either way, without that interaction, we would have no idea they existed and no way to gauge our position.

When we are healthy, we understand relativity and cause/effect logic.

Currently, humanity is enmeshed in a conflict to get past this cause/effect confusion, which is the origin of Crowdism and Solipsism, which are the two real impediments to progress. Nothing holds us back except ourselves and our disorganization, and even if vast injustices occur, progress can be made as a society.

Most people don’t want to face those truths because then we each become accountable for our own failings, and that scares most people, most of all those who have a string of failures they’d rather forget.

Then again, regret and shame can be powerful tools for self-discipline and thus lead us to higher levels of existence.

When bad things happen to us, we generally seek a Satan, or an intermediate cause that we can claim is the origin of the problem. This is a form of confused cause/effect reasoning brought on by a desire for a tangible reason and evil intent behind events that, while “evil” to us, may have no such implication in influence on the world itself.

In other words, if a wind jostles my arm and I drop my ice cream cone, it may be a “bad” event to me but have no such meaning to the world at large. For this reason, it is a tenuous claim to find evil as an external force; it may exist in human hearts, but no divine law says my falling ice cream is a universal tragedy.

As a result, it is a mistake to associate the cause of a bad effect on ourselves with a universal cause; it’s a mental shortcut mistaken for reality, out of our urge to have tangible and finite answers to more complex questions. If we make this mistake, we program our minds to become confused about cause/effect relationships.

I was sitting in my bed when I turned to CNN and heard that Osama bin Laden was dead. I jumped up and ran into my momâ€™s room and told her. We hugged. We rejoiced. I donâ€™t even know how to describe the feeling. I donâ€™t like to say I am celebrating someoneâ€™s death. I donâ€™t know what closure isâ€”I donâ€™t know how itâ€™s supposed to feel. But it feels like something has been lifted. Knowing the person who plotted to kill my father is off the face of the earth, thatâ€™s a good feeling. – Newsweek

When we are involved in a war, or even a wide conflict between types of civilizations, it’s important to remember that causes are more complex and more distant than the particular guy who slaughters our relatives. If it were as simple as one bad guy, the problem would be easy to solve.

Osama bin Laden was a terrorist mastermind, if we accept that terrorism is a form of guerrilla warfare against civilian as well as military targets, but really a foot soldier in the war of modern liberal democracy versus culture-and-religion-based societies.

We may celebrate his death, and even declare victory in this war, but we haven’t addressed the underlying conflict that produces wars; like the iceberg that sank the titanic, the wars are the part that shows above the water while a much larger part lurks out of sight under water.

In addition, we are forgetting that what makes people object to modern society is that it inherently embraces the confused cause/effect of the ego reacting to a misfortune; the misfortune gets elevated to a universal level of bad, and we forget about finding and fixing its real cause.

While it is important to have a healthy ego, when the ego dominates, it forgets the world in favor of individual emotions, reactions, fears and desires. This creates a sense of victimhood in the individual, and in groups, individuals band together to fight an endless series of Hitlers, Satans, bin Ladens and Stalins.

That in turn makes a society motivated by the callow impulses of a lynch mob, and that society becomes obsessed with shouting down those who acknowledge any form of more complex underlying reality. This is how civilizations die.

If we remember bin Laden and his victims for anything, it should be that we are fighting a war for the soul of our species, in which we try to determine whether the ego predominates over a realistic view of our position here on earth. It’s not as simple as one side being right or wrong; it’s a conflict that all of us must understand and resolve, for the future of our species.