The root of egalitarianism is manipulation 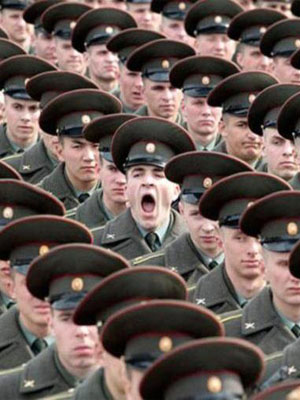 In the future, earth will not have a varied terrain. It will be perfectly flat. The mountains leveled, and the canyons raised, the earth will be finally equal.

All human beings will stand on ground with identical composition. In it will be mixed the soils of the seven continents in exactly equal proportions. Each person will be standing at exactly the same starting point, corrected for gravity.

It will have taken decades of science to perfect this, and centuries of warfare and construction, but humankind will finally have evaded what most people agree is its nemesis: inequality.

People will instead begin life exactly the same way. They will be born in identical hospital rooms, have the same clothes, and get the same amount of time from their parents.

Except it won’t be their parents; it will be state-trained caregivers who are selected for their ability to give no child more attention than any other. All must be equal.

Their schools will be identical too, with identical resources. Computers will select teachers and ship them around the country so that each person receives exactly the same ratio of mediocrity to excellence.

Since homes are unstable, they will live in dormitories. These will be patrolled by genetically-engineered benevolent gorillas who will ensure that no child gets more food than another, or more time at any activity.

No more sneaking downstairs late at night to practice piano, or spending all of your Saturday on the playing fields. That’s not justice. Justice is that every one gets the same chance no matter their background.

Equality will bring peace, happiness, justice, freedom and an end to oppression everywhere. Even gender and sexual preference will be banished, and race will be destroyed as we merge everyone into a uniform tan.

But have we thought about this goal, equality? Science has, increasingly, as social trends have become more skeptical of it. A recent study on altruism, the root of egalitarianism, finds that it originates in salesmanship, theft, propaganda and other forms of manipulation:

In the study published this week in the journal American Naturalist, the researchers developed a mathematical model for the evolution of manipulated behavior and applied it to maternal manipulation in eusocial organisms, such as ants, wasps, and bees, which form colonies with reproductive queens and sterile workers. In the model, mothers produce two broods, and they manipulate the first-brood offspring to stay in the maternal site and help raise the second brood. Mothers can do this by disrupting the offspring’s development in some way, for example through poor feeding or aggressive behavior. Manipulated offspring of the first-brood stay and help to raise the second brood. Alternatively, first-brood offspring can resist manipulation and leave.

The researchers show that an offspring’s resistance to manipulation may often fail to evolve, if the costs of resistance are high. In a sense, then, helping or altruistic behavior is coerced through manipulation.

In other words, animals develop manipulation in order to benefit themselves at the expense of others. To make this process invisible, they sheathe it in altruism, or good feelings toward others. That way, it is beyond criticism by anyone else; who wants to attack good?

The future will bring many surprises. The first of them is this:

As soon as the ground is level and all is equal, the new ruling elite will step forward. We will know them because they each will have one hand behind their backs.

At the instant all is equal, and these new elites step forward, they will bring forth that hand. In it will be a step-stool. They will put it down, climb upon it, and rise above the rest, more equal than others.