The right wing fragments its own vote again 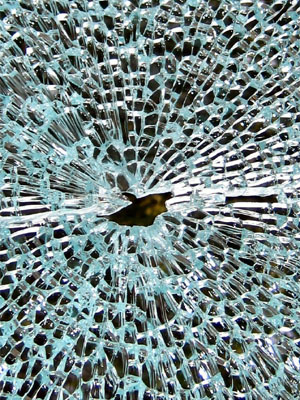 If the right-wing has a fatal flaw, it is that it is not an external ideology but an internal one.

External ideologies are a series of logical statements that you approve of, and assume that their results are identical to what they say their goals are. Such as “all people should be equally, so we’ll use law to make them equal, and then they will be equal.”

Internal ideologies are based on a desire for good results, which requires understanding of (a) a sense of what is good (b) how reality works and (c) the consequences of any given act. They are far more complex than external ideologies, although you’ll never hear that from external ideologues!

The right-wing is composed of different people who arrive at the same conclusion through experience, gut feeling or inherent outlook. They don’t trust external ideologies because such things are inherent control mechanisms, like advertising, propaganda and social fictions.

The left-wing, on the other hand, is composed of people who are united in their obedience to a certain simple idea. They all believe in absolute equality of the individual wherever possible, and naturally “possible” gets stretched farther than is realistic.

Liberalism/leftism (all degrees of the same: anarchism, Democrats, socialism, Communism) are eternally popular because they pitch an idea which has universal appeal.

This idea is victimhood. It starts by saying: you should be able to do whatever you want. However, what limits you in that is not reality itself, but those who interpret reality for you, namely kings, institutions, experts, police, etc. Therefore, these people are mean and horrible, and they owe you a living, and you should fight them so that everyone is equal and has the same free living.

If you oppose any of these things, it’s because you’re a meanie.

If you say something they disagree with, it’s wrong and stupid and they don’t have to listen.

It’s back to schoolyard ethics: everybody needs to find a gang of friends who will support them, and if anything happens to any one member of the gang, the people who did it are wrong and the whole gang will attack.

And they call us tribalists!

The leftist victimhood idea is totally polarizing. You are either for it, or against it. If you’re not for it, you will be socially ostracized by those who support it. Worse, it proselytizes; its converts are rewarded for making new converts. Those will only include other converts in their reindeer games. Thus it spreads like a cancer.

Opposing this chaos is difficult because no realistic ideas are as simple as external ideologies. Despite all the secondary issues, leftist voters are single-issue voters in a yes/no context. Does this plan increase individual equality? If not, destroy it.

The right is fragmented because it is composed of many different viewpoints, for whom any one particular issue is not polarizing, and thus like all majorities it is slower to mobilize and vulnerable to attack from the more radically polarized single-issue voters:

In the theories that fail Olson’s test the fact that it would be in the collective interest of some group to have a particular result, even counting the costs of providing the result, is turned into the assumption that it would be in the interest of each individual in the group to bear the individual costs of contributing to the group’s collective provision. If the group has an interest in contributing to provision of its good, then individual members are (sometimes wrongly) assumed to have an interest in contributing. – “The Free Rider Problem,” Stanford Encyclopedia of Philosophy

The result is that the external ideologues chip away at this whole by attacking it through “issues” that they deconstruct and isolate from their immediate and long term consequences on the whole.

Individuals deserve this, they claim, and to oppose it is to “hate” those individuals. And if it causes a way of life to fall apart, a culture to be destroyed? Not on their radar and they’ll use their individual freedom to refuse to admit its validity or even parse it. They will push it away like a threatening thought.

If you wondered why failed societies tended to grow powerful, grow smart, grow technology advanced, grow humanistic and then implode, leaving behind third-world kleptocracies whose leaders are straight out of Idiocracy, now you know.

For those of us on the right to succeed, we need to get behind our equivalent of a single-issue: we want an internal ideology, which is our enjoyment of a lifestyle.

I suggest we use the keyword Mayberry, after the fictional town in the Andy Griffith show. It’s the classic American (and European) ideal: innocent, natural, honest, moral and proud.

We want, independent of technology, a certain way of life: family-centric, traditional morals, sanctity of life, conservation of nature, skepticism toward human notions, reverence for the eternal, and an incentive to challenge ourselves personally so we grow morally, intellectually, spiritually and physically.

This returns us to the question of this writing. The left is unified on a single issue, and the right tends to fragment when opposing them. We pick too many different candidates, where they have one. We have too many different issues, where they have one. When it comes time to vote, they all do the same thing, and we do not, thus they get a plurality.

There are people now who are telling you that voting is useless, like checking six of one versus half-dozen of another. Others insist that you vote for Ron Paul or other fringe candidates who are admirable but don’t have a whole platform. Still others think you should drop out and do nothing and wait for the collapse.

My response is simple: vote for whatever candidate is closer to Mayberry, and then put the pressure on that candidate to go increasingly in that direction.

This strategy is currently working for Marine Le Pen, and it works everywhere we try it. Anything else — extremism, drop-outism, fragmentation, radicalism — has failed everywhere it has been tried. Our opponents don’t want us to realize this, and send people among us to encourage factionalism and disunity.

If you want triumph this election, realize that it will not come on a plate. You need to find what is closest to it, promote that, and then in the next election, get even closer. Anything else is giving up before the fight.

Assumptions control the debate | Destroy your civilization by dumbing it down