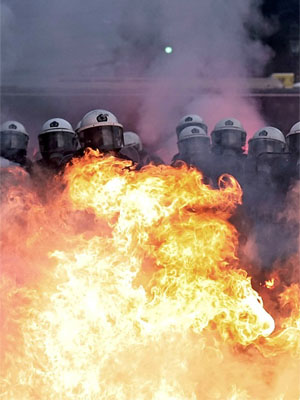 The best way to win an argument is to poison your opposition with assumptions.

After an assumption is introduced, all future discussion is limited by what that assumption suggests is the truth. Where you were debating the whole field, now you’re debating how to apply the assumption.

It is so in academia, media, social settings and politics with the assumption of human equality.

We assume that all people are equal, and therefore if someone is poor or criminal, a social institution or policy was at fault. Maybe they just didn’t have enough money and that did it.

By saying that, we insult every person who has fallen on hard times and not let their lives fall apart or turned to criminality.

Even more, however, is that we permanently pare down the argument. We prune it to being a discussion of the equality of people and its violation, not the possible causes for behavior.

It’s a sneaky way of controlling minds without any tinfoil-hat style technologies. When you have a public voice, use it to insist on some assumptions which will then control all debates afterward.

Unsurprisingly this has a calcifying effect on political discussion. The two sides are literally talking about different things; one side is discussing the assumption while the other side hasn’t figured out the assumption yet. That lets them be mocked for not knowing the insider knowledge.

Instead of facing this problem, politicians try to change other others’ assumptions with memetic jihads that do little except obscure the issue.

This pushes the two sides closer to open combat, without either one having understood the other. Even as they think they win, the frustration of a controlled debate makes a violent collision certain.