The right needs to lay off Obama 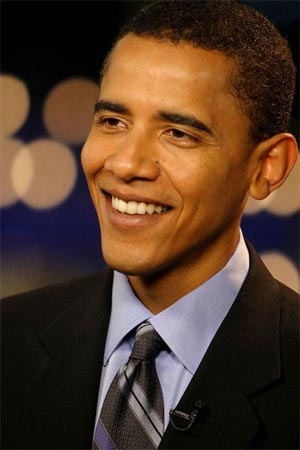 Republicans right now have a golden opportunity, which is that a highly popular Democratic president is failing.

Instead of behaving like gentlemen, Republicans are behaving like boors — continuing to pick on the guy for things that are not his fault, and are not of consequence.

“Liberals are like children and they believe in Obama in the way children believed in the tooth fairy or Santa Claus and he can’t stop this spill and they’re enraged. It would be like me finding out Jesus isn’t divine, they don’t know Jesus that’s why I used the tooth fairy as an example instead,” columnist Ann Coulter said on “The O’Reilly Factor.”

“They [liberals] lost Katrina as an argument,” Coulter added. – RCP

While Coulter is normally well-spoken, she makes two good points here and then a stupid one:

Using her own logic, if Bush wasn’t at fault for Katrina, Obama isn’t at fault for this spill. And it’s true: we have set up an infrastructure that handles this kind of thing, and the president should call up the person in charge and make sure they’re on the case, but not much else.

But the oil spill isn’t the only case where the right is behaving like a ninny. Obama’s not trying to take over the Internet, he hasn’t taken your guns, he’s not a Muslim and we can stop bashing him for not waving the American flag everywhere he goes or bowing to a foreign leader. That’s the small change.

What Republicans need to do is start showing America where Republicans differ from Democrats. Most people still don’t know and quite honestly, it’s nebulous. What exactly is a conservative? Is it defined by economics or social policy? What’s the root idea of conservatism?

These are questions left in the air.

In the meantime, bashing Obama now has some high costs:

It makes sense for you to keep the fire to his feet where (a) his policies are bad and (b) you have better policies to suggest. That’s sensible politics and good behavior.

It makes sense to rehabilitate George W. Bush, who was on the wrong end of the largest media slander campaign in history. Hollywood decided to hate him, and then whipped up a public image of him as a Nazi and other horrible things, when none of this was true. Take those accountable to task. They were wrong and you need to show they were wrong, or they’re going to do it again successfully and then elect another hopey-changey type.

But whatever you do, don’t take the easy path. We all know it’s easier to be a defender than an attacker, and that now that you feel wronged that the nation elected this guy instead of you, you can snipe passively at him and point out that he wears the wrong tie to go to China, or whatever. But that’s without substance. If you want the voters back, stop acting like petulant children and start acting like leaders.