The Religion of “Me” 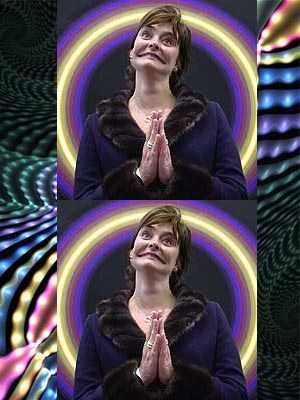 I started out as nobody. I had accomplished nothing and had no standing. I was nothing special, and I acted accordingly. A smalltime human. Then suddenly I was â€œequalâ€. Out of the blue. Without having done a thing! How wonderful was that? Now I was every bit as important as important people. People who had done things, people who knew things: people who had lived!

So although I knew very little and had succeeded in even less, my opinion counted for something. And so I gave it: volubly and at every opportunity. Not for Me the humility of the unlearned. No time for meekness, here.

Now I want only two things from you: Agreement! And whatever you have that I lack. Materially, that is. For there is nothing else you have that could possibly have the slightest value to Me.

That should do for a start. Equality! I love it! Importance, free wealth, and automatic victimhood, without having to have gone through the tiresome business of earning any of it, or being in any way deserving…

So what am I? A Leftist! Hooray! It’s all about Me!

If you are a leftist, you will not understand that the above is something known as irony. If you don’t know what irony is, then look it up on the internet. The rest of us need not have it explained.

And this is the way it is. Until fairly recently, almost everybody subscribed, in some degree, to the notion of humility. This was part of our ubiquitous Christian background, and now that Christianity has become so very unpopular, what is to replace it? For replace it, we must; for its values are the very glue that keeps society viable, as opposed to causing it to plunge, unhindered and unstoppably into the abyss.

The new religion is, of course, â€œMeâ€. The slavish adherence to the creed of absolute selfishness, self-importance and pretense. The idea that everything I do must primarily benefit Me. And if, by chance, somebody else benefits by My selfish act, then call it Altruism. Let My Ego represent Me, instead of who and what I actually am. Let Me appear at all times as if I am very much better, kinder, more liberal, more caring, more youthful, more â€œprogressiveâ€, more experienced and more qualified, than I actually am.

But irony aside; does it ring any bells? Is there a sense of deja-vu? Are you a little, or a lot, like this?

It actually is not your fault. You have been a sucker, and what is a sucker other than someone innocent, naive and consequently gullible? None of this is inherently bad. It is, unfortunately, extraordinarily common. As P. T. Barnum said: “There’s a sucker born every minute”. And that’s the truth of it.

How were you suckered? You were promised the Holy Grail of human existence: something for nothing.

Like Everlasting Life, it has a certain appeal to a great many people. Hardly surprising that so many people fell for it. As I said; It was not your fault.

But it is now, knowing this outrageous scam for what it is. Knowing that there is no such thing as something for nothing. No such thing as equality of anybody, any race, any gender, any sexuality, religion, age or ability. No equality of importance, experience, accomplishment. There is no normal.

Are you brave enough to be who you are, instead of who you think you should appear to be? Bravery is only required until the decision is made. Then it’s astoundingly simple and rewarding. No more neuroses. No more saying crazy things you don’t really believe, just because you think you should.

You were quick enough to buy a lie. Will you be as quick to buy the truth?