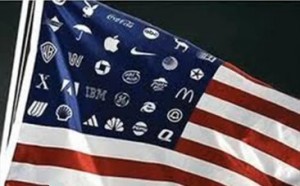 And you’ve been watching those Alex Jones videos, you know, the Obama conspiracy ones,Â and thought that the “New World Government” is a Socialist totalitarian system…

Some thought again, and concluded that the New World Order was not Socialist but instead Fascist. Fascist in the sense of: corporate control – business and government being in bed with one another. However Fascism has a cultural/spiritual goal for society and is pragmatic in how it conducts economic policyÂ towards this goal: mixing up market competition with planned economy, depending on the spur ofÂ theÂ moment. Read Mussolini for instance, who wasn’t convinced there ever was an eternal answer to every question, soÂ held instead thatÂ the economy should be used in whatever way worked to solveÂ an occurringÂ problem.

The “New World Government” however, is run by managers with no principles and vacuous agendas, merely looking to make a quick buck.

Professor Pim FortuynÂ described in his book Against The Islamisation Of Our Culture that in the 20th century it was the Socialist laboring-class that struggled for internationalism, and was oriented on uniting all of the workers regardless of national or cultural differences.Â The bourgeois, by contrast,Â had stronger sentiments for their national ancestral history.

Fortuyn also remarked that in the 21st century, however, the reverse became true;Â it was nowÂ the lower classes who were mostly focused on preserving their national culture, and it is the captains of industry, the managers, who move their companies around from Washington to Amsterdam to Taiwan. Hiring and firing personnel as they go, with no patriotic loyalties attached. Ironically, however, Fortuyn was later assassinated by a left-leaning environmentalist fanatic.

People like Ayn Rand obsessed over economic autonomy (she even went as far as to preach for aÂ complete detachment of government and economy).Â Truth is, however,Â that the more commercial a thing gets, the more its cultural value and depth diminishes. This we see in music, websites, and even video games. The free market doesn’t produce Richard Halley’s fifth concerto. What it does produce is Rebecca Black.

A man such as Hank Rearden (a character from Atlas Shrugged) would be valued by Ãœbercapitalism, but only because his products allowÂ the daily life to be lead inÂ greater convenience. The progress he creates translates into convenience-worship, which will eventually completely dominate life, until Ephialtes outnumbers Daedalus.Â That would be the end of man as aÂ ‘Heroic Being’.

What’s the point in preaching economic freedom if that’s the flagship corporations sail under to make maximum profit satisfying the current consumerÂ trends, so that we have little to no resources left for tomorrow? Or do you want to buy into the fiction that whenÂ most of theÂ Indians and Chinese drink Coca Cola and eat microwave food the world will be a better place?