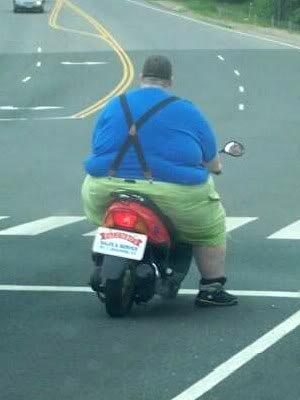 One of the problems of consumerist, usurious economies is that we can very easily oversell our products or services. This means we value them at more than they are worth as a utility to others.

An oversold commodity fulfills the old saying that “what goes up, must come down.” When you value something at more than it is conceivably worth, the market will have to compensate.

While the usual suspects are busy telling you that bankers are raping you and taking your money, or that Wall Street is waging war on you, the truth is that the market is actually compensating for being oversold.

All of the worst abuses to come from the banks and Wall Street are taking advantage of a consumer economy that has oversold itself, overvalued its own attention span, and now is demanding a rule-free environment. If you hand that to people who must make a profit, they will take advantage of it. But you offered.

Their function in the market, however, is to speculate on value so that its actual value is tested. Let’s look at the results of some of these tests:

These bubbles will not just go away as the voters hope. If you sell a car for $2000, and it was worth $1000, that loss of a thousand dollars gets passed on and compensated for somehow. When we are talking about billions and trillions of dollars, it takes a long time for the economy to absorb that loss by generating unacknowledged counter-wealth. Like a big hole, the economy soaks up what value you throw into it until it has compensated for the void within.

However, the big news is that history has shifted much as it did in 1945: the bubble bubble has popped, or, in more conventional terms, people are recognizing the presence of false wealth amongst us. We are seeing a past that we oversold and are now looking only to invest in future properties that produce actual wealth, especially in a time where gasoline is more expensive, commuting less inexpensive, food more expensive and water less free. Government and the consumers are oblivious as they always are, but business is not.

As a result, when you see stories like this, cheer them:

McDonaldâ€™s ran a big hiring day on April 19 â€” after the Labor Departmentâ€™s April survey for the payrolls report was conducted â€” in which 62,000 jobs were added. Thatâ€™s not a net number, of course, and seasonal adjustment will reduce the Hamburglar impact on payrolls. (In simpler terms â€” restaurants always staff up for the summer; the Labor Department makes allowance for this effect.) Morgan Stanley estimates McDonaldâ€™s hiring will boost the overall number by 25,000 to 30,000. The Labor Department wonâ€™t detail an exact McDonaldâ€™s figure â€” they wonâ€™t identify any company they survey â€” but there will be data in the report to give a rough estimate. Thereâ€™s a case to be made for the benefit of fast-food restaurant employment, but itâ€™s obviously not the foundation for sustained economic growth. – MarketWatch

Because people in modern society perpetually play the victim, the media drones are going to play this off as “poor you, someone stole your economy from you.”

In reality, you stole it, by encouraging false wealth. All those millions of idiots living on credit cards? Millions of union-protected and government-mandated do-nothing jobs? Slippery fiat money from the Clinton years? False value from dot-coms and re-financialized loans re-sold? You oversold yourselves, and by so creating fake value, you stole from yourself.

The money in your hands is now worth less, proportionately to how much fake value you piled on top of it. You did it, Mr. Consumer, with your oblivious spending, ignorance of economics, and desire for value that was convenient for you. You wanted free money. Now it’s time to pay the piper.

Even more important to those thinking about the future it this: America’s biggest bubble right now is overemployment. Not in terms of the number of jobs, but what we’re hiring people to do. Thanks to a certification program that is both bureaucratic and liberalized, we let any idiot go through high school, take out loans, go through easy but extensive schooling, and become certified for any number of super-specialized, often union-protected, job titles.

Not “professions” — those are doctor, lawyer, architect, military, clergy, teachers — but job titles. Interaction designer. Speech therapist. Facebook promotional expert. Web developer. Diversity consultant. Apartment realtor. They’re like a salad of trendy terms and specific tasks that should require general skills and six months of reading, but instead people take specialized education and remain ignorant of the general skills because they are guaranteed a job with the certification.

Most of these people should be in another job: fast food. Our jobs, like our economy and its products, were oversold. Now it’s time to correct those fake values, and replace them with more realistic interpretations. You can blame the bankers and Wall Street all you want, but the consumer made this mess through the usual human stew of selfishness, narcissism, obliviousness and opportunism.

Moralism | The Religion of “Me”