The liberal sabotage of the family 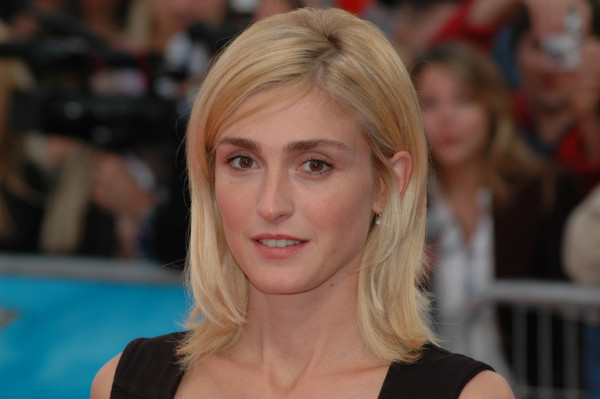 The liberal idea is of reward before performance. The individual is declared equal and thus deserving of reward for being an individual. Naturally this produces an incentive to do nothing controversial, with being effective a distant secondary concern.

Conservatives encourage reward for performance. Our ideal is that good people get good results and bad people get bad results. From a distant glance, it looks a lot like Darwinism, but it is also moral self-determination of the individual. In a conservative view, the only social order comes from individuals being incentivized to do right and discipline their “inner beast” to be more logical and less impulsive.

To this end, conservatives warned long ago about the destruction of the family. In our view, the family is both a contract and a sacred promise. It is the notion that two people make a choice to be together for life, to raise a new generation, and to stay bound to that unit no matter what happens. The idea is that by incentivizing faithfulness, we produce stable and healthy families.

Liberals, who are pathological individualists, see this as confinement. They look to the exceptions where a family finds it hard to get along or faces another barrier, and project themselves into the situation. How would I feel with such limited options? they ask. In their view, the exception should define the rule, so marriage should be if not abolished at least made optional for those who are married.

Never mind that through every generation of humanity people have chosen marriage because it leads to the happiest outcome. Everyone wants the fairytale: the person who loves them for who they are, the happy family in a joyful home, and the gradual fade into old age with a faithful partner. This is why even now the smartest and most together of us strive for this.

In 1968, the liberal ideal won out through a culture war, which was different from the political approach that the left had attempted in the 1930s and before. Like the Apple iPad, radical leftism became a product that signaled wealth and success. It was like Daisy Buchanan in The Great Gatsby, a trope and memes repeated by the elites that was not actually intended to be real:

â€œYou see I think everythingâ€™s terrible anyhow,â€ she went on in a convinced way. â€œEverybody thinks so â€” the most advanced people. And I know. Iâ€™ve been everywhere and seen everything and done everything.â€ Her eyes flashed around her in a defiant way, rather like Tomâ€™s, and she laughed with thrilling scorn. â€œSophisticated â€” God, Iâ€™m sophisticated!â€

The instant her voice broke off, ceasing to compel my attention, my belief, I felt the basic insincerity of what she had said. It made me uneasy, as though the whole evening had been a trick of some sort to exact a contributory emotion from me. I waited, and sure enough, in a moment she looked at me with an absolute smirk on her lovely face, as if she had asserted her membership in a rather distinguished secret society to which she and Tom belonged.

Sophisticated. Like teenagers pose with cigarettes and adult worries when they want to look older, the human monkey postures with “big issues” when it wants to appear more adult, powerful or wise than it is. In other words, people are using knowledge backward, in that instead of perceiving reality and creating an opinion based on that, they use an opinion in order to make themselves seem sophisticated, but still apply that opinion to reality. Like reward before performance, this is verity before testing.

When conservatives talk about how ideology is unnatural, that is only half the story; ideology is a fabricated method of uniting a group through perceived collective interest in an unrealistic but “moral” sense. The real story is that liberalism is pure marketing. It exists to make liberals look smart. But unfortunately for us, it still controls our society.

In the case of the destruction of the family, liberals are often caught unawares by the results of their own ideology. Specifically, they do not seem to believe that it applies to them and thus that its consequences apply to them. In their view, society will remain the same no matter what liberals do, because liberals do not take their own ideology seriously. Thus they are shocked and confused when it turns on them.

Recently ValÃ©rie Trierweiler discovered the sting of the liberal approach to the sex, love and the family:

ValÃ©rie Trierweiler, the â€œpartnerâ€ of the French president FranÃ§ois Hollande, has had a nervous breakdown, because the president is cheating on her with the actress Julie Gayet and the media is writing about that….The progressivist terror in France, such as the crackdown on la Manif pour tous, is virtueless and exactly the opposite of impotence — it is political and sexual licence.

One wonders why she is shocked at all. Did she not pay attention to what liberals are saying? Marriage is jail; dating is freedom. There is no obligation in dating to continue dating. Dating is sex and companionship while convenient, and it works on a commercial model. That is, if you get a better offer, you jump ship and that’s just too bad for your now ex-partner.

This is much like how our hominin ancestors in the primordial jungle must have interacted. While it was easy, they stayed together. When it got tough, they bailed out. We can see the same strategy in place among third world populations today, where often multiple fathers are responsible for a mother’s brood and coupling happens on an almost seasonal basis.

Trierweiler presents a sad case because despite being a life-long liberal, she was unable to interpret what liberalism would mean in consequence. This is consistent with her not being able to derive her beliefs from reality, and instead deriving them from social contacts and popular notions. But even if she approached dating from the most basic of metaphors, commerce, she would see how it truly works.

Marriage — if we can super-simplify it — is a contract. Two people say they will give up some autonomy in order to create a family and to that end, they pledge to be together “until death do us part.” This allows both partners to rely on the marriage and trust it for certain basic functions, including sexual exclusivity and mutual aid and comfort. Marriage may be the basis of civilization itself because it reduces instability and provides for happy stable homes with a high degree of investment in the offspring.

With dating, there is no such contract. Thus when FranÃ§ois Hollande gets a better offer, he is free to take that offer. After all, he has promised nothing to his mistress; they are together out of temporary mutual convenience. In the same way he left his long-term mistress, SÃ©golÃ¨ne Royal, and ValÃ©rie Trierweiler left her erstwhile husband Denis Trierweiler, he is simply upgrading.

Looking at Julie Gayet, the new “First Girlfriend,” we see a woman who looks a lot like ValÃ©rie Trierweiler but a decade younger. Dating is not much different than owning a car in this view. When the car gets old, you trade it in for a newer model, which is what Tom Wolfe in In Our Time refers to as the “New Cookie,” a replacement for the wife that allows the husband to have more fun, sex and pretense of being 18 again.

It is crushing to watch this drama play out from afar. Trierweiler apparently had no idea it could happen. She then fell back on passive aggression and guilt to try to make it stop. But in the liberal world, there is no guilt for self-interest because the self (individual) is all. In the liberal view, the woman who demands that a man stay is trying to enslave him. After all, he has a sexually better offer in the younger woman!

The sad case of ValÃ©rie Trierweiler shows why the liberal approach to civilization is an utter failure and always will be. Ideology based on the individual makes us all disposable. Further, ideology based on popular notions and making the individual look sophisticated is dangerous because no one is thinking about its actual effects.

For those with alert minds, the question raised by these lugubrious stories of perceived betrayal is not solely the effect on our sex lives. Every liberal policy follows this pattern of being chosen for popularity, not reality. And it seems that at least the most influential liberals have no idea or do not care about the impact it will have on our lives.