The real crisis over Syria 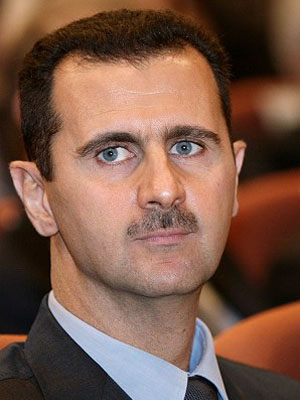 The problem with having a media industry is that you have thousands of people paid to take ideas and chatter them to death. Such is the case with the media’s neurotic handwringing over the proposed bombing of Syria.

Questions fly: should we bomb? When? Do we need consensus? What should we think? Are the good guys good enough, and the bad guys really bad? And the usual bloviation about how much WMD evidence is enough.

Some have noted how weird it is that anti-war liberals suddenly become pro-war hawks when the liberal party and liberal values are implicated in the conflict. If Assad denies transgender people the right to enter any bar in Syria, he’ll surely be bombed.

I see this issue from a different angle, which is that it’s not the goal that’s a problem here, but our process. Specifically, what kind of nation openly discusses going to war, works itself into a neurotic stupor discussing it, and then acts indecisively, as if thinking backward?

A liberal one, that’s what.

Obama is like the second round of the Clinton years. Clinton loved to back-walk his way into wars too. He was profoundly aware of popularity and so he never went openly to war. He sent in the Tomahawks, maybe played around with special forces, but was slow to commit. That snagged him a few times. He betrayed our armed forces in Somalia after he got caught with his hand in the cookie jar, so he yanked back the hand and went into denial. And in Bosnia, his indecision turned a bureaucratic quest for ideological purity into a full-blown massacre.

The current president will approach this war the same way. He’s dipping his toe in the pool. True to the liberal ideal, he values “discussion.” Liberals love discussion because it’s neurotic, and they’re neurotic. It’s a match made in hell. They don’t like the idea of setting up a goal and going for it, because when doing that, one can fail. However, if you’re just discussing and waffling your way through, you can yank that toe back out of the water at any time.

It’s a sign of weakness to be so indecisive and ambiguous about our missions. When we went into Iraq (II), no one heard about the news until Baghdad lit up with B-52 strikes. We did our homework, found a goal, and acted toward that end. That’s good leadership.

In contrast, Obama presents himself as weak-willed and unsure of himself. Add this to some of his other actions, and he appears to be unsure if he even likes America or wants to be American. He makes America look like a dying empire, tamed by its own sloth and downbreeding. We’re no longer leaders, with Obama in charge. We’re overprivileged, neurotic, spoiled brats who are waffling their way through diplomacy and unfortunately have access to high-intensity weapons.

The news will be full of the “discussion” (read: circular chatter and drama) about the proposed Syria strike. The real conversation should be about how we’ve approached this, and what our goals are as a nation. While we lounge in intellectual sloth like obese morons rolling about on holiday, Russia and China wait for their chance to pounce. They’re our historical enemies for a reason, and nothing since 1991 has changed that.

All I can think to do is notice what the press will not, and what the talking heads have not, and say our approach reeks of mental illness and neurosis that it typical of liberals. And then say, “This is broken. Discuss.”

Freedom of association | A Vindication of Natural Society by Edmund Burke