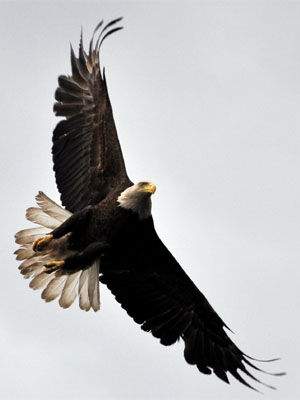 Most people approach life as a bulk labor question. They are not looking for a hierarchy in which to fit details, each with its own unique role; rather, they want an assembly line so they can go down it and apply the same process to each thing.

As a result, when it comes to political thinking, they don’t look too deeply into origins of events. They look at the events themselves, fit them to an archetype, and conclude this is their origin. Easy enough.

When an event happens, and they can’t explain it, they are if nothing else diligent about going on down the line and editing every detail they find to fit into this vision. That is, to explain the anomalous in terms of the average.

We get into trouble with this when we look backward in history, because these people who go down the line and tick every box with a known standard have gotten into our historical records and changed them. They have made them convenient.

This happened by the way during the two world wars. These were basically the same war, interrupted by a short break to re-arm and rebuild industry. These pathological fratricides involved a fundamental question, but not the question the box-tickers think it was.

That question was: do we liberalize?

The former monarchies were falling one by one, which forced them to join together in larger groups to defend their power and to have allies when wars raged across the continent as they had done so non-stop since the French Revolution, which introduced liberalism.

Once so joined, they had to find a way to liberalize enough to avoid being overthrown but not so much that they would self-destruct. This led to the concept of limited monarchy, which caused these nations to be ruled by the passions of the crowd with the monarch forced to go along with it for public image’s sake.

The history books don’t reflect this. They talk about abstractions “causing” the war, when really what caused the war was a power vacuum. This vacuum began when the monarchies were deposed in 1789. After that, the mob ruled.

Once those wars ended disastrously in 1945 of course the box-tickers were finally happy. They could declare all pre-French Revolution order dead, and liberalism could reign, which made them happy because it made them feel that they as individuals were important.

Never mind that declaring yourself important and then going back to your job filing insurance documents will drive you utterly mad. It’s a neurotic disconnect between reality and ego. Yes, you’re equal… equal as a functionary and nothing else.

But after 1945, the liberal rhetoric really kicked into high gear. After all, it was all that we had to unite the Allies during World War II. “We’re good, they’re bad, so kill them,” was essentially our cry. Why were we good? Freedom, equality, goodwill — all French Revolutionary values.

And yet the war didn’t end. Partially this was because it left everyone stunned and crushed like the first world war. But a bigger part was that this huge propaganda machine we had created had become depended on by our fellow citizens. People required the dogma of liberalism to tell them that their empty functionary lives had meaning and value, even when they were wholly expendable.

Thus the next generation in the 1960s took off running with liberal ideas which, as in the French Revolution, were basically a step away from Marxism. The French declared equality; the Marxists would enforce it. That’s about the only difference.

Consequently the entire West shifted left and government, always beholden to votes for its own success, followed.

Since that time, you, dear citizen of the West, have probably noticed an increase in the Nanny State. The Nanny State is everything that wants to manage your life toward “progress,” which is some moral-political-economic ideal state where everyone is equal.

Naturally, this is like proclaiming hurricanes illegal and causes constant clashes with nature, which makes everyone even more neurotic. That in turn makes them more dependent on the dogma to give their shell-shocked and hollow lives some meaning.

The upshot of this change is that no matter what you do, now, it needs to work toward what is essentially a Marxist goal. Want to hire people? Equality is enforced. Rent? Equality. Sell? Equality. Take photos? Gay marriage and minorities must be OK or we’ll destroy you.

The Nanny State extends itself anywhere it can find power, which it does by finding a something it can claim is an evil. Cigarettes make cancer, so we’ll tax those out of existence. Never mind that most who smoke would rather have shorter happy lives than cancer-free longer ones. That’s more insurance documents to alphabetize, and without tasty smoke breaks.

What does the Nanny State fear? It is an experiment in social engineering. It believes we can create a top-down Utopian order, impose it on everyone, and achieve that order.

Organicists like myself realize that in order to achieve any result, you have to hit the step before the one you want in a logical chain. We call this cause-effect logic and the Nanny State progressives hate us for it.

The Nanny State loathes and fears this kind of thinking because it invalidates the Nanny State. And this leads me to the point of this article, which is why conservatives talk about liberty, and freedom, when these things are dangerously close to liberal values.

The truth of the matter is that liberals and conservatives mean different things by these words.

For liberals, equality and freedom mean that everyone is forced to be the same, living in identical circumstances and with identical opportunities measured by their willingness to sit through state-sponsored education and memorize details.

For conservatives, liberty and freedom mean one thing… freedom of association. It means we can choose who to live with, whom to sell and rent to, and what local area we want to live in and the rules it can have.

It’s a direct refutation of the one-size-fits-all Nanny State. If we want to be white heterosexual Christian traditionalists, we can be.

The Nanny State fears us because if we do better than others, then the ideals of equality and of the Nanny State itself come tumbling down.

As we enter this next round of political madness, remember the joy of freedom of association. The right to determine your destiny, and to have others join you.

It’s everything a liberal fears and it brings on a great gnashing of teeth and rending of clothing. Use it, if nothing else to torment them into self-destruction.

What’s the purpose of civilization? | The real crisis over Syria