The rare instance where both sides are correct 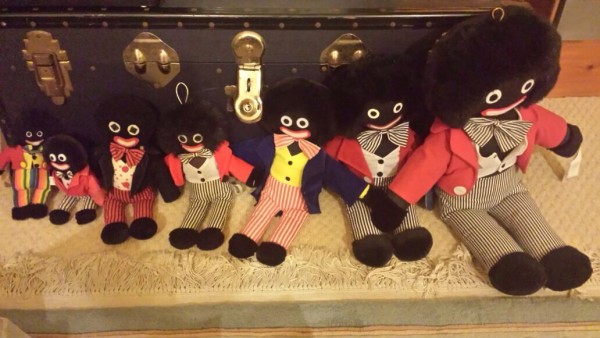 Sometimes, very rarely, both sides make sense. Inevitably they are approaching the issue from different angles. One such case is the troubling word “thug.”

According to many voices on the right, “thug” is an accurate term for those who riot in our cities. According to many on the left, it is a veiled reference — a “dog whistle” — that is used in surrogate to mean “African-Americans.”

Both sides are correct, but neither is right.

As summarized by the National Review, the term “thug” not only is not used solely for African-Americans, but is also a moral judgment worth preserving. There is merit to this argument, as the term condemns those practicing what are seen as immoral acts by conservative minds:

Now we have another example of the denial of moral truths. Last week, a number of leftists â€” black and white â€” announced that it is racist to label the rioters and looters in Baltimore â€œthugs.â€ Even though both the black mayor of Baltimore and the black president of the United States did so, the left-wing argument is that the term â€œthugâ€ is never applied to whites, only to blacks. The T-word is, in effect, the new N-word.

In the view of that writer, the left does not share the moral compass of the right. For the left, a rioter is a person with a justifiable grievance borne of socioeconomic disadvantage; for the right, the rioter is someone who made the moral choice to riot instead of addressing the situation in a more effective way.

At the same time, the word “thug” unnerves me because of its judgmental nature. If the left is approving, and the right is condemning, I remain in defense of descriptive language and the seemingly extremist position that we call rioters “rioters.” Describing their actions instead of trying to guess at their motivations allows us to associate the person with the act instead of with our judgment.

Some would say this bends too far to the left. That by failing to condemn these people outright, I am signaling approval of their acts. That only makes sense if one views “rioting” itself as a morally neutral act. Otherwise, a crime is described through those who are committing it. There is no need to use another term for it.

Leftist theories on linguistic relativity — the Whorf-Sapir hypothesis and its ilk — suggest that we can change how people think about an object through the language we use to refer to it. In particular, leftists object to negative language and prefer positive terms. This makes the same mistake they accuse the right of, however, which is loading terms in the dialogue with moral pre-judgment. The left approves, the right condemns.

It seems to me we might be better served by using neutral terms. A mugger is a mugger, a politician who takes bribes is corrupt, and those who start riots are… rioters. This assigns to them the moral choice to engage in the act without attempting to judge all riots. This forces the person listening to wake up, pay attention and make up their own mind, instead of going along with the voices that intend to have power over them by using loaded terms.

By the same token, the right is also correct: the leftist mania for approving of criminal acts in order to preserve its vision of itself as altruistic by arguing for the underdog is also insanity. There is no point to condemning terms as racist simply because all of the rioters are African-American. And yet… the leftists make a good point. It is clear that in many uses, the term “thug” is a surrogate for saying “African-American,” much like the term “youth” has been in media for years. Who flash mobbed the 7-11? “Youths.” Who staged a mass disturbance at Freaknic? “Youths.” It gets ridiculous. The grim truth here is that while leftists have a point about the term “thug,” it is only being used for one reason: the media refuses to identify the race of groups, especially during racially-charged events like the race riots in Baltimore.

Of course, this brings us into awkward terms like “disproportionately African-American rioters,” but other than the extra syllables, why is this a problem? We are supposed to be speaking the truth about issues, and this was a majority African-American riot related to the (perceived) disproportionately violent treatment of African-Americans by police. Why hide the issue? For the left, the answer is to hide the issue when the rioters attract blame, and bring it up when they can be praised, because the leftist is agenda is anti-majoritarian. If the United States were founded and ruled by African-Americans, the press would be fawning over Asiatics and Hispanic indios instead of African-Americans. This underdog agenda allows the left to claim itself as altruistic and thus insulate itself from most criticism.

On a broader level, I find this debate intriguing because it is a power play in the world of language alone. Both sides are arguing over which loaded terms the other can use to manipulate the audience. This reveals the fundamental corruption in how we approach language which is that we create from it signals, not meaning. Leftists signal their altruism by using the term “unrest” instead of “riot,” and the right signals its integrity with the term “thugs.” Both of these terms move us farther from seeing the essence of the issue, which is a fundamental fracture between not only racial groups, but right and left, suggesting that this ideological proposition nation might not be working so well after all.