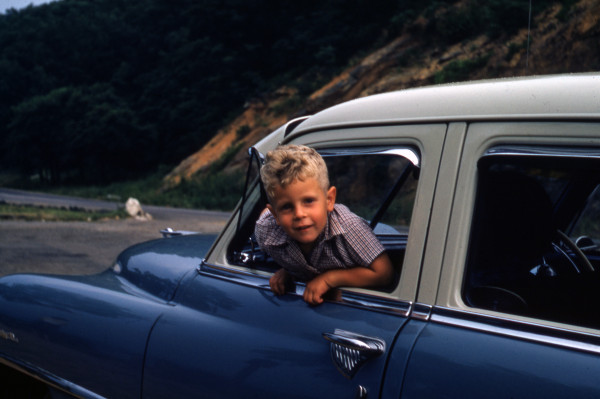 Most of us know by now to be skeptical of the politically-biased “study” which uses the wrong sample size. It can prove a trend in a small group, or prove absence of a trend in a larger group, instead of looking at the right size to see what is real.

For example, if I poll 14 people in a bad part of town I will get radically different opinions than polling 14,000 college students or blue-collar workers in the suburbs. If I poll 14 million people, I can make dissent appear to be marginalized by capturing the least thoughtful majority.

But what of moral sample size, by which we judge the way we treat others?

It is popular — eternally so, as human beings have never changed and never essentially will — to engage in the repetition of platitudes that make people feel simultaneously egoless and in control. We are all one; but my feelings are the will of that one. Love everyone, which makes my love important. Peace and justice for all, as I interpret peace and justice. This is the way of the ego, which seeks to make itself appear to be the world as a whole, so that only the desires of the ego exist and they appear validated by all that surrounds it. Laugh, and the world laughs with you — no, actually, you are merely projecting.

The eternal favorite among hippies, Communists, advertisers and other populists is “love everyone.” Accept them all, validate their behaviors, and include them in your society, including its wealth. Make everyone part of the team and no one will oppose you. In effect, buy them off by trading your approval for their compliance.

But this is the wrong sample size. It is too large; it is not precise enough, because people vary in what they do. And it is too small, in that it reduces all questions to a yes/no binary, which both excludes degree and background.

Who are we extending love to? Do they deserve it? It matters because what we encourage, we get more of. To give love to someone evil is to validate evil and to ask for more of it (and ye shall receive, undoubtedly, because evil has a lower opportunity cost than good). To give the same love to someone who does good as someone who does bad is in effect to say there is no reward for being good, which since being good takes more effort, is to punish the good so we can accept the bad.

A correct sample size would be to look at each person individually and to bestow upon them love as is appropriate for what they are. The love to give a bad person is intolerance for the bad that they do, to both protect oneself and give that person feedback that bad is bad, so they may avoid it. The love to give a good person should be in excess of that given to others so that they are rewarded for the risk they undertook, and the extra effort. And the love for those who fall in between should be nothing, because they gave nothing and in that selfish state, deserve nothing since they have already taken everything they can.

As the old saying goes, “You get what you give.” But to that I add another, which is the formulation of Plato: good to the good, and bad to the bad. Those who do ill must face the consequences, because only this is realistic, and only reality can show them what they need to do in order to become the best that they can be. Hiding reality and saving them from its consequences only sets them up for future failure in places that money and power cannot reach, like self-esteem and self-knowledge. Those who do good need to be recognized, or they will see the world as bad for punishing them for doing good.

This view, like most adopted on this blog, is highly unpopular because it does not include everyone. Yet the ill of society is to include all without enacting quality control or sorting the bad from the good, because that forces an averaging of good and bad to a middle state of selfishness, where no one ventures beyond themselves and everything that is a shared responsibility decays in no time. Such a society will have opulent bedrooms and disgusting, ugly and violent streets as each person retreats into their own private world and walls off the rest of them.

Unpopular views however represent too large of a sample size, because the unpopular includes both the rightly taboo and that which people fear, and what they fear is the actual frontier or unexplored zone where new spaces of thought and action exist. When we shy away from the unpopular, we not only limit our thought but make it bigoted toward that which is unrealistic, and in doing so, make our actions bad and doom ourselves to eventual — no matter how much we buy it off — evil.

The rare instance where both sides are correct | Green heart