The problem of tolerance

When we have individual fears, we wish the world went easier on us. 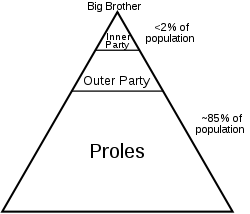 When confronted with authority, we want to find some kind of rule that means it cannot get to us, or at least that we make it really hard.

Around 1789, we started banding together and overthrowing authority. Their rule: form a hierarchy to achieve an abstract goal. Our rule: all people are equal, and people are the goal, so destroy authority.

We trashed culture, religion, aristocracy, then even the idea of government itself. Surely now we are free.

But there’s a problem. The more we smash authority and enforce tolerance, the more disorder spreads.

It turns out that not everyone is nice. Our thought progression:

Alternatively, we could just pick our best people to rule, and we’d have to con them into it because they and only they will view it as the most serious and hardest job on earth, but that’s another topic for another day.

But instead, we’re focused on defending ourselves against The System. As individuals, we want rules that ensure we are beyond its reach. We want to weaken it however we can. It is beyond us that others will abuse these same freedoms and in the ensuing chaos, produce a worse form of social system.

There are many ways this phenomenon manifests:

Our modern world is addicted to this human rights view of reality because all of our political systems are based on it. After all, if you were oppressed and the kings were bad news, you need to have reached a Utopian state after you killed those kings. But we haven’t. So the denial spreads, and we insist further on the human rights of all people, especially to sabotage the rest of us with their selfish and delusional behavior.