“Naming the Jew” and why you won’t see it here

The right-wing provides the only realistic view of politics, and the spectra of right from paleoconservative onwards to Plato provides the best hope for humanity, in my view. 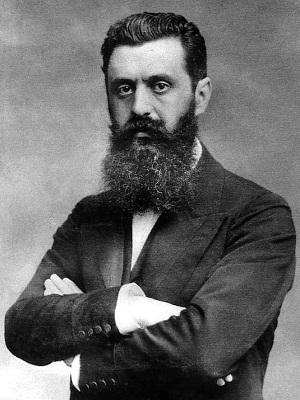 However, this forces you in with some strange bedfellows. As Francis Fukuyama pointed out, liberal democracy dominates the globe, and so ended history. The struggle between overlords (kings) and peasants is over and the peasants won, owing to superior numbers.

As a result, the only real opposition in this world at all comes from the right, who by insisting on time-honored tradition uphold the values of not just the past, but a better form of a society, one where in total contrast to all liberal societies, the equality of all people is not presupposed.

In a rightist society, no one is equal — it’s an insult, like saying you are mediocre. People instead serve roles. As a result, these societies are neither individualist nor collectivist, but organic. They are people cooperating at a level of such maturity that each person finds a role they can serve and stays there. If that’s king, great; if it’s peasant, ditto.

Because the right stands out as the only real opposition, it is a target of both (a) people who want to discredit it and (b) power hungry people, often those who have nothing to offer but outrage. There are also a number of good people getting confused by by of those other groups (which often share members).

Many of the latter, who are angry at life and want politics to be an outlet, participate in an odious practice of “naming the Jew” as a way of shifting blame. Some have asked in email why we here, who face all truths as much as possible, do not “name the Jew.”

In fact, some won’t stay out of my email box about it and while that behavior may be annoying, they have a point: only a coward backs down from a legitimate challenge to his beliefs. If the beliefs are good, they should be defended.

First, a definition: “naming the Jew” practice of using someone’s Jewish heritage, culture or religion to debunk their arguments or make them a target of aggression. It used to be a right-wing thing, but now that the left hates Israel for not assuming Palestinians are equal, it’s also left-wing.

Here is why this blog and this writer will never “name the Jew”:

Some will immediately begin countering my bullet points above with lits of crimes by Jews or faults of Judaism. While those may be true, the question is what made us go wrong, and the answer is that even if Jews or Judaism were a contributing factor, they were not the cause. Banishing them is not the solution. It may be an incidental factor, in which Europeans decide they want to live by European idealist values systems, in which physicalist Judaism may be out of place, and vice-versa. But that’s what occurs after a solution, and by pretending that naming the Jew is our solution, we blind ourselves to the solutions we really need to wake up and see.

The problem of tolerance | The pathology of a mob