Some random musings of mine, as well as an amalgamation of thoughts from various people I’ve met, read the work of, or just derived sentiment from. 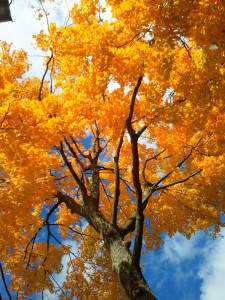 Out there is a larger group. Everyone fits in, whether they’d like to or not, and isn’t liking something such a strange thing anyway?

I don’t know why people make such a big deal over it… maybe that sums up the entirety of my study in philology thus far.

Back on topic; interacting with this group is a piece of cake. You find a niche, and there’s one for everyone, and you let your actions, and the actions they beget, embroil the lives of everyone you meet (and some you don’t, who may affect the lives of some people they don’t meet, but you happen to meet) within a constantly rolling wheel of reactions.

That’s sort of a key point right there: reacting. We spend much of our lives, it would seem, reacting to the actions of others, and we’re so acute to this sensation that we structure a good portion of our thought around how to perform actions based solely on what we can only assume the reactions of others will be. If it’s not the reaction we hoped it to be? Reality loses definition, anger results; this is temporary for some, and more static for others.

Slightly related to this subject, I’ve always found it interesting how when I find myself in a meditative state during a long, quiet walk (feet patter, tip, tap, tip, tap) that my focus of the surrounding world becomes… clearer? No, that’s not quite it. Different, perhaps.

All of the above can become dull to the young man’s mind, and we know how funny that mind can become when it is not entertained.

Growing up, such young men often fancy becoming a dissident of sorts, and vainly grasping for a sense of community that they plainly share with the entirety of their kindred. What truly bereaves such a man is at this point unrefined, and often the result of a rather wistful, dreamy child.

Dissident movements often contain two types of persons: the young men who thrash about as mentioned above, and those who group together for warmth. You know those people, who spend the entirety of their lives reconciling the fact that they just never quite grasped the opportunities that others so easily found in their laps. They gather in pictures, around the most outspoken of the least outspoken, the self-styled poets, the closest thing to a burning star in their humid firmament.

The young men mentioned before don’t find much to offer from such types, poet or no. Too uneven, outwardly boring yet inwardly spontaneous, they tear from side to side seeking challenge, inquiry, and experience, yet not quite knowing that’s what they’d like. That just doesn’t do for the dissidents. To be a dissident, you have to be content with your region. The interrogators and ships at storm that these young men are, they are initially a quaint curiosity to dissidents, but they lose their luster quickly, and are relegated to an appendix to the major events and characters in the dissidents’ calender.

Initially, to such stormy souls, this can be very disappointing. “Where to pour my energy?” They wonder, under a melancholy night sky. “Where and who holds my purpose, my desire, MY path?” To some, this question can become rather harrowing. At its peak, the shadow of this question seems to forebode an exile to the status of a wanderer. It removes hope, and it challenges all energies, purposes, desires, and paths. It especially challenges those now meddlesome people, with their squabbling over liking now being revealed as humorous, and very arbitrary.

…And suddenly, the young man looks up from the grassy fields he lays in to ponder such things and sees stars. They shine brightly, and stars… stars shine forever. For decades upon decades. Like the cold wind that blows by will return eternally cold, bitter, harsh, and refreshing. Like leaves make the same sound as that wind caresses them. Like the grass will eternally be cool and wet after a light rain. These things don’t need to belong, they are, and are to be experienced.

There is no need to be content now, young men. Seize the side of your ships in the storm, and ride the waters like the wind rides the plains. This conflict that encapsulates and pervades the human mind is eternal, like the stars, and to you explorers it is your livelihood.

Living in a fantasy | The problem of tolerance