The problem is you

The world has become small to too many people, as it’s too easy to communicate across countries for just about anyone.

Blogger account? Check. Facebook posts about the travesties going on in Kashmir, in the DMZ between the two Koreas, about finally freeing Tibet from the evil Chinese government? Check. 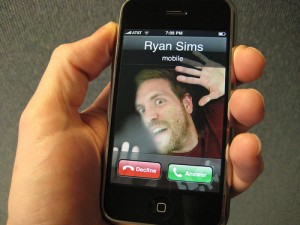 We leave behind something more important when we choose to take on the causes of people who probably don’t even want our help. Even simply paying too much attention to what’s going on across borders and not within them can be damaging.

We should strive to maintain our connection to our own neighborhoods. When that’s lost, people lose touch with what’s going on in their vicinity, stop caring, and watch idly as it falls apart in bad economic times.

It’s easier to put on the headphones and post to Facebook using an iPhone app about the travesties of human trafficking in Russia, than to try and solve the problem of the drug dealers who live down the street and are ruining the neighborhood. That might require confrontation or unpleasant discussions with the police; you may be identified as a snitch.

The problem is twofold, because not only is the motivation gone on the part of the offended to help fix the problem, but there’s not enough solidarity in the community to back such an action and protect the initial complainer.

We wonder, for example, how police officers are given so much leeway leading to corruption.Â  It starts with you.Â  Local culture would be stronger in rural areas and suburbs if the people living there would indulge it a bit more.

Town pride days, parades, the local high school football game.Â  These create a sense of solidarity among citizens of a town or county, and shows the local leaders that if these people, who all stick together through a strong, common bond, aren’t happy with certain decisions or the direction of politics in the town, accountability will be sought. 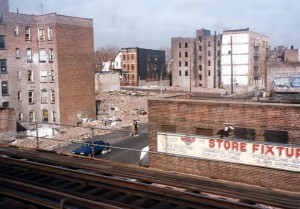 As individuals, we need to stop distracting ourselves with far-off places and instead focus on (a) our local communities and (b) the nation we have in common. We treat this situation like a binary zero-sum choice, where either we look locally and ignore the world, or look at one part of the world and ignore locally. We can focus both on local things and the parts of the world over which we as voters have influence.

This practice starts by reversing the twofold problem of lack of motivation and lack of local support. Start by focusing on your neighbors, starting a town-sponsored local event or even a reading group. Support local businesses and show your appreciation for the town employees who do whatever it is they do with gusto. Â We need to understand that force-fitting the world into the size of the TV screen in our living room is not in our best interests.

Until this catches on again, local culture will continue to disintegrate. We’re left wondering how our federal government became as powerful as an empire, yet we stay in our houses and lock the doors for no other reason than to look at glowing screens of various sizes.

The problem begins with you, but so does the solution.