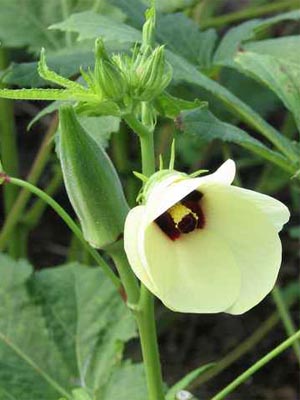 You may know Stephen Clay McGehee from frequent citations around these parts. His blogs, Confederate Colonel and more recently Southern Agrarian, offer some of the more insightful perspectives on the web. In particular, he writes about the American South as a type of civilization independent from the industrial north, and agrarianism — connection to the land, farming and rearing of livestock — as a contemporary alternative to the tab-A-into-slot-B modernist lifestyle.

We are fortunate to be able to offer you, our readers, an interview with this exciting writer through his generous contribution of time and effort to my rather vague questions. Luckily, he took these queries and ran with them, and gave us a good introduction to Southern Agrarianism and a primer in alternatives to modernity.

What is agrarianism, and why has it returned to our public consciousness recently?

Everyone has their own lens through which they view the world. In fact, we usually have several such “lenses”. Those who feel a close connection with real life, with the earth under their feet, with things that are grown and raised, are Agrarians. Those who appreciate the simple pleasures that life has to offer are usually Agrarians.

The Southern Agrarian saw its first rise in popularity around the time of the first Great Depression. Society had put its full faith and confidence in an urban, industrialized vision of America. They had entrusted their life savings and the economic well-being of their families to a very complex system which they could neither understand nor control. They were betrayed by that system and the Southern Agrarians returned to their rural lifestyle and their Southern heritage with the comfort and security that it offered. Today, we are watching the same sort of system collapse that gave birth to the Southern Agrarian movement.

It is very important to note that Southern Agrarianism does not mean that everyone should be a farmer and that industry is evil. It is not the hippie “back to the land” movement of the 1960’s. Industry is a crucial part of any successful human society, but rather than worshiping at the altar of industry and urbanization, Southern Agrarianism places a much higher value on basics of life. Man has always gathered together into villages, towns, and cities, and that is as it should be – but they should not be the brutal, dehumanizing “ant farms” that they have become.

Is Southern Agrarianism a different or unique version of agrarianism, and how does this differ from attitudes in the rest of North America?

Southern Agrarianism is a regionalized version of a more agrarian trend that we are seeing today. Since the earliest days of this country, The South has always been more rural-oriented than the rest of the country. Other parts of the country had, of course, plenty of agriculture and rural areas, but in The South, it was deeply ingrained in the culture rather than simply being an occupation.

Southern Agrarianism also has a heritage component that other areas of agrarianism don’t have. “The Lost Cause” view is explicitly Southern. It incorporates the ideals of the Southern people and the Confederate cause as a key component of the culture.

Agrarianism starts with earth and cultivation; it doesn’t even seem like it could be an ideology per se. How is agrarianism a cornerstone of values?

Southern Agrarianism has multiple layers – one being the very concrete idea of being closely tied to the land and the means of producing food and fiber. It also has a spiritual layer which is well illustrated by the fact that The South is also known as “The Bible Belt”. There is a strong “chivalry layer” to Southern Agrarianism. The ideal of the Southern gentleman is rooted in a great appreciation and respect for civility, chivalry, hierarchy, social etiquette, and being well-mannered. “Yes sir” and “yes ma’am” are heard far more often in The South than in other areas, and this is closely tied to Southern Agrarianism.

Many see the American Civil War as a kind of early “clash of civilizations” (per Samuel Huntington). If your view is compatible with this outlook, do you think this underlying split still exists today?

I completely agree with that view of the root cause of the War for Southern Independence. Historians and academics will continue to debate the causes in terms of specific issues, but if we step back a bit, we see that those issues fit closely into the Northern and Southern cultures. Although the demographics of The South has changed radically in recent decades, there is still a very strong North-South divide. The now-famous “Red state / Blue state” map puts that issue into focus. You can look at it and do a fairly accurate overlay of urban versus rural match up. When the population density is taken into account, you can also see fairly clear regional differences. Those divisions represent cultural divisions of which The South is one of several major cultural areas.

Agrarianism appears to be an alternative or competing philosophy to industrialization. How might that influence the type of civilization we tell ourselves we desire?

Industrialism, as the opposite of agrarianism, treats people as interchangeable parts — just as that same concept is the key to the industrial revolution. Those who are comfortable living in an apartment or condominium fit right into that system. They simply plug themselves into a complex system of their choosing. Agrarians plug themselves into something much more basic – the soil, the family, the culture, and the God of The Bible.

How do you think agrarianism will expand, as both a political concept and practice, both inside and outside the South?

I am quite confident that it will expand, but I doubt that it will become a major movement. The most optimistic projection would be for it to be considered a “significant” movement. The forces that will hold it back are the urbanism and street “gangster” culture that are heavily promoted by the media; forces pushing it forward are the crumbling system that the non-agrarians have plugged into. As more people see their lives and their dreams for the future collapsing in an economy over which we have no control, they will be looking for something to provide meaning and stability to their lives.

Regardless of inflation rates, bank failures, political corruption and tyranny, the seed that is carefully planted in the soil still sprouts and grows into the plant that feeds the family. In the end, when all the trappings of our complex petroleum-based society is stripped away, life still comes down to the basic agrarian essentials of growing crops, raising chickens, gathering eggs, and providing for our families.

Thank you, Mr. McGehee, for a perspective that is impossible to find anywhere else.

Scapegoat | The problem is you