The Problem Is Us 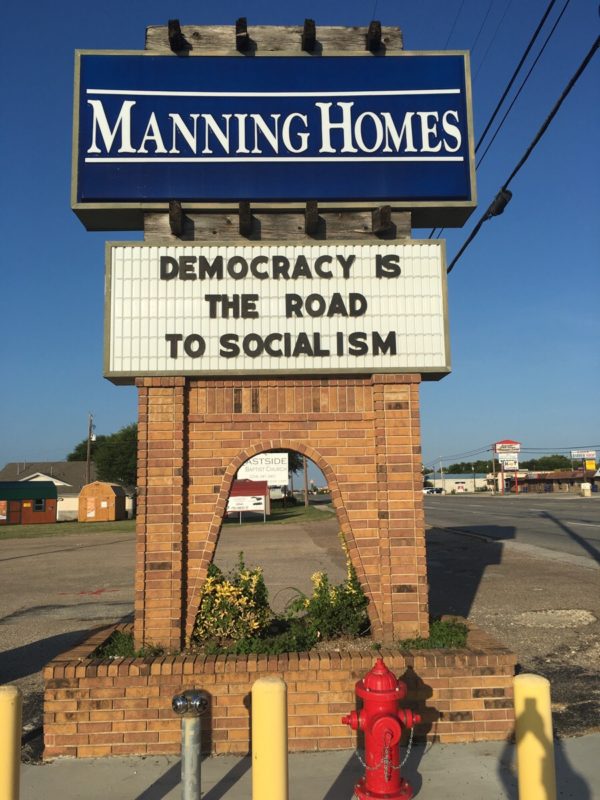 The ultimate taboo: people are not equal, and what people think they want is usually wrong. Civilizations are organic entities which require the best people at the top, because otherwise even those in the high end of the middle get things very, very wrong.

Imagine a country ruled by a typical CEO. These are no longer the brilliant people they once were; now, they are experts in probabilities and squeezing margins. This is why American companies can no longer provide good products at good prices and make profit; they are top-heavy with staff, including most prominently those required by government, and so their only option is to cut quality and raise prices, at which point consumers desert them.

But then, imagine a country run by the stockboy or bag-boy at your local grocery store. A different kind of error results. He has no idea how his actions will play out in wider reality, so he will undertake emotional and absurd acts. Societies of this nature fail like Soviet Communism did: after having bled out internally.

As a result, we are caught between the viciously self-serving and the cluelessly self-destructive. But what about people in groups, in general?

Our confusion lies in the word “people.” It is like saying “distilled water” to most, because we grew up under the egalitarian dogma. We think that there are such things as average people, and that they all react basically the same way. In reality, people are varied, first and foremost by level of ability. But more importantly, in groups, no matter how intelligent, they fall into the same pathologies.

The first pathology of any group is the kindergarten teacher fallacy, which is that things are well if “everyone is getting along,” which becomes a form of inclusivity by discarding conflicts, or a mixture of pacifism and authoritarian control that demands everyone settle down and listen to Big Mother.

The second pathology of any group is the path of least resistance fallacy. It is always easier to find something (or someone, gods help them) to blame or rely on, which are two sides of the same coin. This is why people are both hungry to scapegoat the rich and yet worship many of them as “celebrities,” including the rock-star CEOs and inventors like Tesla/Google/Marx who we hope will magically save us from our own actions.

Finally there is the individualist fallacy. Instead of seeing their fortune as arising from the smooth workings of the group, people start taking the advantages of civilization for granted and seeing themselves as the cause of all good things that happen to them, forgetting that without the platform of civilization none of that would be possible. This leads them to assume the only question is what they desire (want) or fear at the moment.

Under democracy, these become terrible things. The vote is everyone’s responsibility and the result is no one’s fault, so people weigh in with what they want and then blame each other when things go wrong. Even more, a game is introduced: get votes by extending the most pleasing mental image, like a salesman does. For this reason, politicians are dishonest and essentially actors, and never follow up honestly on their promises, because the voters demand this behavior by voting based on image. The problem is us.

Because people see themselves as the cause of their good fortune, they see others as the cause of any bad fortune. This creates a victimhood pathology by which the individual creates scapegoats to excuse their own low performance or the random events of life. Someone else is always to blame, unless the results are good; then credit is taken.

Groups cause a misleading reality as a result. When people like me say, “The problem is us,” that is not saying “We are bad.” It only says that when leadership and hierarchy are deprecated in favor of mass rule, the end result is that our own innocently-intended voting then leads us into the abyss. We can blame politicians or other scapegoats, but the problem is our behavior, both in groups and as individuals.

To ignore this and to look for a purely political solution is to solicit failure. As Bruce Charlton writes:

But this is regarded as effete and defeatist by the Secular Right of the Boromirosphere – so named by this blog’s commenter Ingemar after the (pre-his-repentance) Tolkien character from Lord of the Rings, and summarised by the phrase:

Hey lads, let’s use the One Ring to fight Sauron!

The Boromir Strategy correctly diagnoses that we are in a state of warfare with Secular Leftism/ Political Correctness/ Social Justice Warriors which are evil – but fails to recognise that this is essentially a spiritual war, which must be ‘fought’ with spiritual weapons – and that evil cannot be defeated by evil; and that the weapons of the Good are all Good.

The Boromirosphere is easily recognised by its tone of hatred, gloating Schadenfreude, and foul-mouthed invective. The Boromir strategy is that the opponents of Leftism need to beat Leftism at its own game – fight one-sided feminism and women-preference with one-sided macho posturing and women-oppression, fight antiracism with pro-racism, fight uncontextualised kindness with shock-and-awe cruelty – in sum, to be even-more ruthless, hardline, expedient, and materialistically-focused than The Left.

There are two elements here:

With the idea of a “spiritual revolution,” we encounter some problems. In this idea, Charlton is essentially restating Evola, who is partially restating Nietzsche who in turn is elaborating on comments made by Plato.

First, like environmentalism it is optional and so a small minority adopt that as their ideal, and do nothing else. This is the same thing American Republicans have done for years, which is to declare loudly that the world is going to hell and the solution is to work hard, study hard and go to church a lot. They stepped out of the dialogue and promptly got steamrollered by the Left.

Second, with the idea of individual spiritual renaissance, we are back at We The People revolting against the system and making change by acting toward our own pursuits. Choice is a great argument for morality, but not for civilization renewal. The spiritual war by itself is demotism is another form.

For these reasons, I suggest an alternate plan. We are not people of ideology, where one idea applied universally causes all people to act together to fix the problem. We are instead formed of organic groups, and those need their leadership restored and cultural standards to reign again. This cannot be accomplished by a single ideological act, but by a practical series of adaptations — the “toolbox” approach.

Tolkien wrote of the toolbox approach when he sent nine people of different backgrounds on the quest to dump the ring in the fires of Mount Doom. There was no one right way, nor was there individualism. Instead, each of these people sacrificed their individualism to work together by their different strengths and approaches, in contrast to the individualism of the ring which granted power and long life to its bearer at the expense of others.

Charlton is correct to reject the mindless cruelty in the name of “they did it first” which leads to anti-Aryan acts like murdering families. But his endorsement of the Benedict Option, like Neoreactionary “exit”, is off-base, although his intentions are good.

Exit was disproven by the American Civil War. The Benedict Option has been disproven by the failure of American Christianity. The White Nationalists, while they do wrong, are not wrong in that their methods will work, at least to a degree, even if they will then collapse in chaos as happened in 1945. But when the other thinkers and doers of the right engage in drop-out-ism, then the White Nationalists take over.

A more sensible approach is a dual strategy. Our society needs political direction to reverse its decline, and simultaneously, a rebirth of not “spirit” but culture — because in culture there lies the ability to understand spirituality and an affirmative joy taken in one’s own people. Without both of these, we go nowhere because the problem is within us, but it is not solved by demanding more egalitarian solutions, including the idea of voluntary spiritual renewal alone.

Those who want to know what to do should go back to Plato: if our problem is that we have gone too far in a cycle that runs from aristocracy-timarchy-oligarchy-democracy-tyranny, then our solution is to skip tyranny and assert aristocracy, because this choice is available to us. Any other solution will fall short and/or self-destruct, if not (like the Benedict Option) simply failing to achieve anything except cloistering aged disaffected conservatives in the same club.

The Increasing Mediocrity Of Everything | On “Promiscuous Altruism”