The problem is not what you are told it is 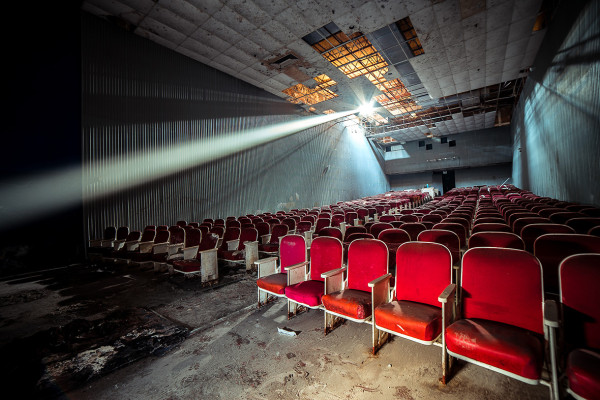 It’s very hard to recognize the truth when you are bombarded by lies all the time, every minute of the day. Even in sleep, because you dream of the places you have during the day. You are bombarded by commercials and completely senseless information every minute of the day. If you turn on the TV, you are bombarded; if you turn your head in some direction, you see some sign or some commercial. If you read magazines, newspapers… senseless information. The news are themselves products being sold. Everything is meaningless. Sure, the truth is out there — not to sound like some ‘X-files’ but — the truth is of course to be found, but in a sea of lies. It’s just impossible to find it unless you know how to look, where to look and when to look. Of course, it’s not possible to just get up in the morning and just say ‘OK, I’m going to go find the truth this day,’ and go find it. You have to try, and fail, and eventually you will weed out all the lies and you end up with something at least similar to the truth. The truth is hidden, under grass, under some rocks, in a hidden trail, a forgotten trail in a forest. And when you are trying to find these trails, you will stumble, you will get snagged on branches in your face, you will make mistakes before you finally find it. – Varg Vikernes, quoted in Until the Light Takes Us

In a conflict, an enemy can be met with equal force, but a better approach involves using the momentum of the enemy to both deflect his effectiveness and expend his strength on the wrong target. In martial arts, a fighter can sidestep and twist an attacker so that his own inertia carries him into the ground, and in war an army can deceive the enemy into attacking at the wrong place, then savage the depleted forces from an oblique angle.

The modern West is like a man with a monkey on his back, striking out at perceived enemies but never able to diagnose its own illness which corrupts everything that it does.

When things go badly, the human tendency is for each person to find something to blame. They feel that if they find a plausible target, casting the blame in that direction makes them look smarter and stand out from others. It is no different than gorillas in the forest preening; the animal seeks to make itself look good, and difficult truths do not help that aim.

The press and government believe that our problem is a lack of social justice. Others find innumerable details to blame. Few will look at the source of the problem, which is that our civilization is collapsing.

Civilization is not government. It is the combined efforts of people to have permanent settlement in which higher aspects of human life — culture, learning, justice, art — can flourish. That results from people sacrificing some autonomy in exchange for stability and, through economies of scale and specialization, the ability to have more than they could on their own. Civilization includes government, institutions, culture, society, and the people themselves.

As history shows us, civilizations have a life cycle. Most of them die out relatively quickly, and history usually records a final event like an invasion that would have been repulsed easily just a century before. The question arises then what causes the civilization to become weakened such that its failure in battle was a foregone conclusion. The answer is internal decay.

Like ecosystems in nature, civilizations rely on an intricate balance of forces within them. This does not mean “balance” in the modern sense of oppositional sides, but internal stability caused by the interaction of its parts. Farmers must grow, soldiers must fight, and leaders must lead, and somehow they must find a way to work together. Civilization is the process of collaboration.

When a civilization is dying, that internal balance is replaced by division and corruption. Edward Gibbon, author of the monumental The History of the Decline and Fall of the Roman Empire, knew more than any other thinker of how civilizations collapse. His analysis was as follows:

The five marks of the Roman decaying culture:

Stop to think: how many of those do you see in the West today? The West consists of the nations formed and peopled by those ethnic groups we consider Western European, and includes Western Europe, The United States, Canada, Australia and New Zealand.

Our society has become a picture show. Our leaders posture at knowledge, but their solutions are “ideological” or based on what people believe should be true, not focused on what is true. The media is hopelessly corrupted. People have become grotesque, adorning themselves with ironic oddities and spending their time on mindless entertainment and attention whoring. The rich get richer by pandering to this group, our art has become entirely dramatic and theoretical without beauty, and most people believe the solution is to have the state subsidize them. The pattern fits.

Consider Plato’s description of the individual in late democracy:

A person devoted to triviality, who knows nothing of what is required to achieve what he enjoys, takes it for granted and by losing purpose, becomes entirely trivial. This extends to the whole society, which explains the Gibbonsian factors above: culture trivializes, people turn to the state for support, and the population collapses into many lonely people in apartments trying to be “unique” and a few rich overlords who cater to them.

Look at the companies getting wealthy today. They are selling clicks, not innovations. They are failing to improve life, but they are improving their products, meaning improving their margins. Much as fast food is more profitable than real food, products that make more money are not necessarily more useful or of higher quality. They are more likely to be lower-quality substitutes sold at high prices on the basis of novelty, which fits into the triviality of the average modern person.

As this problem rears its head over the future, the Left serves the role of apologist. They distract, deflect, and make compensatory statements but do not address the problem. They are the equivalent of re-arranging deck chairs on the Titanic: “Sure, our society is about to collapse. But we must make sure we equally distribute the corpse, and include minorities, gays and women in the payout!”

Some on the right have figured out just how broken the left is, and advocate warring against them. While their approach is logical, more must be done. We must go to war not against something, but for something: we want civilization back.

This problem parallels the universal reason majorities are at a disadvantage in public. A majority has no issue; it wants life to continue, maybe improve qualitatively. Minorities have specific issues which polarize people because they are details and not a bigger picture view. They can attack the majority by pointing to their specific issue, claiming the exception disproves the rule, and seizing power on the basis of the guilt and shame created.

However, that approach has not done anything but accelerate the decline.

Conservatives need to realize that what we conserve is not the past but an idealized vision of civilization. We strive for “the good, the beautiful and the true” and “the perennial things” (Huxley) or “tradition” (Evola). We look toward what is transcendently beautiful and try to make it appear in our society. Our goal is no longer to resist the left, or even to resist decline. It is to build a new civilization that rises above the ruins of the old.