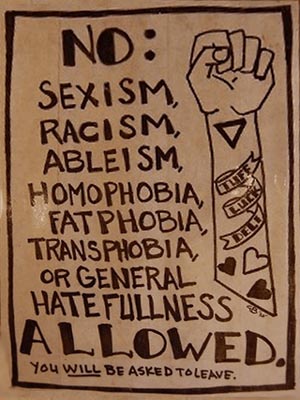 This immediately poses problems illustrated by demarcations in the populace:

To continue this line of thought, let us now examine a few specifics of the cost benefit choices we face. While an oversimplification, it is understood as a basic truism that we have two fundamental options between which to choose.

Each of these ideologies comes with a terrible cost (duh) but in one of these the cost is balanced by a positive effect. Conservatism, as the side of function over human preference, affirms our cooperative endeavor to have a thriving civilization. Liberalism does not. Liberalism hides its cost behind promises of individual equal freedom and the removal of the ability of others to tell any individual what to do (in healthier times we called this “anarchism”) but when the cost emerges, it is as the end result of the goals of liberalism, not as a side-effect as with conservatism.

That being said, we pay a high price for our politics, and an even higher price for the infighting between these groups. Perhaps we would do better to focus less on political identity and more on what effects we wish to see implemented in our next election. By keeping the focus to issues, we can minimize the price we pay for partisan politics.