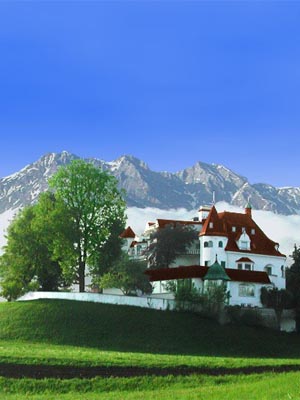 Conservatives tend to be law-and-order types who nonetheless are not in favor of rules. Rules are inflexible; they allow wrong-headed people to easily circumnavigate them as they are written and violate them in spirit, and they tend to punish right-headed people in complicated situations.

What we prefer are ideals which are expressed through a form of social accord called a consensus. This means an agreement among the people, not based in a lowest-common-denominator sense of compromise as it is now, but in a sense of positive values. What hopes and goals do we all share?

By its nature, a consensus is not individualistic. In fact, it requires the individual to give up anything from nothing to a lot, depending on how informed that individual is about the political process. Generally a consensus involves goals and values, and is implemented by those best able.

Just as we do not let just anyone be your brain surgeon or repair your airplane, we don’t let just anyone rule. We pick those who are best at it. Leadership and judgment are skills that require years of study and practice, just like being a surgeon or fine mechanic. Our society is in denial of this.

For this reason, a blog such as Amerika is based on a rough consensus, or a feeling of what goals we ought to have as a civilization and what values we share, and those are implemented by those of us behind the screens. They call us “writers” in some places.

We translate the emotions, visions, feelings and ideas of our community into words and clear policy, and write it down so you can read it and think about it. It’s a feedback loop: the community generates ideas, we refine them and pass them to the community, then watch the reaction and think about that. Wash, rinse, repeat.

As a result, the discussion part of this blog is very important to us. This is feedback from our citizens telling us where things are going. We are expected to make sense of this, throw out the insane and dysfunctional, and synthesize the rest into clear policy.

That isn’t as easy as voting, and it requires constant leadership unlike democracy which is essentially a delegation process, but it works better.

So where was I… oh yes, censorship. We don’t have rules. We do have what I believe is a shared belief among our users, and this is a goal and values statement for any comment you make in our discussions:

This is not a rule. It’s a guideline, but not one with negative limits. It’s more like a target to shoot for. Aim high and hope you get it mostly right. We understand, and so we do not come down hard on people for minor violations, infrequent violations or unintentional violations. Who cares.

We did last week censor two individuals for the exact same violation. Each, representing exact opposites of the political spectrum, came here not to contribute but to repeat dogma. They did this in ways that disrupted conversation by forcing it in circular directions.

Until they start repeating the same idea every message. Now you have an impediment that’s ruining the quality of discussion for — well, what might their purpose be? It’s clearly not to communicate, since we would have understood the first five times. It might be to make themselves feel important, which seems to be why many people act as they do.

As a result of this fragmentation, we the writers had an internal chat and decided that these two cases were not productive. As a result, we removed them. We don’t like doing this. But now, we’d like feedback. Do you like our non-rule? Do you think we should remove the non-productive? And how else can we encourage interesting, informative, insightful and exciting conversation here on the blog?

Let ’em fly in the comments.