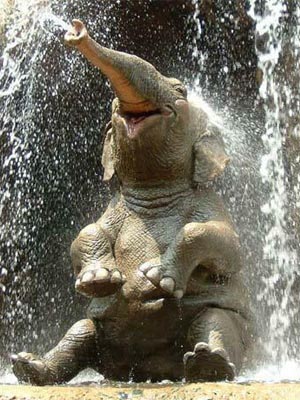 When you are discussing a touchy subject with libertarians or hard-line conservatives, and express a strong opinion they feel violates a conservative mantra, they retaliate with the dreaded N-word: neoconservative.

At the moment that dire word enters the discussion, your opponent will assume he has won the argument. Trying to explain why you are not one will get finger-waggling condescension. If you ask for a definition, you’ll get a short speech about George W. Bush and the military industrial complex.

Therein lies the problem: no consistent definition for the term exists.

The only people who attempt to define “neoconservative” are its self-styled opponents and their definitions diverge wildly. Many who apply the term to themselves are not sure what it means, and while they cannot tell why it is bad, they know they are called that an awful lot by bad people and it has something to do with liking America.

When someone uses the term “neoconservative,” he is alluding to the split within conservatism that occurs every generation. Some embrace the new and the others hold on to the old, or at least as much of it as they can envision could return some day.

As a result, when France was split after its revolution, a “right-wing” and “left-wing” were created. Among the right wing, there were the hardline monarchists and then the “new” right-wing, who accepted some of the liberal ideas that has just thrown the country into turmoil.

In the United States, with each conservative idea that becomes a focus of the liberal-friendly media and mass culture, another layer of conservatism is demonized. Each of these quickly becomes a point of division that will define what the next generation sees as conservative, versus what it defines as “neoconservative.”

The prefix neo after all means only “new.” The implication of it is that while there may be a more ideologically pure movement somewhere, there’s a new movement now, and that’s where the action is. Not surprising in that it is closer to the mainstream norm. Neoconservatives are conservatives who accept that liberalism is more popular, and thus speak in liberal terms, with liberal goals, and try to use those to justify conservative policies. As in, “We’re invading Iraq for democracy… and it just so happens to fulfill our foreign-policy objectives too. How about that.”

All anti-neocons seem to disagree on what exactly happened and what change took place. As a result, I have been called a neoconservative for, among other things, opposing the war of 1812, denying that the Israeli right controls American foreign policy, saying 9/11 may have been executed by Muhammadans, supporting sodomy laws, supporting tariffs (back when I did), opposing tariffs (now that I do) or denying that the federal reserve is some sort of private company.

Here are some of the more common definitions I deduced for “neoconservative” and the groups of people who spout them, though never offer a direct definition:

You can see, perhaps, why we do not get far in American politics. No one agrees on what a neoconservative is, or even what a liberal or conservative is. Because politics is a spectrum, from wherever you are the definitions change. If you’re an anarchist, liberal Democrats are conservatives just like Republicans or The John Birch Society. If you’re a paleoconservative, everyone else is a liberal.

I have a suggestion or two for the people who want to use the term “neoconservative.” First, agree on a definition. Second, stop calling me one because I’m not left or right enough for you. If you do that, we might even be able to have a whole conversation without realizing we have no idea what the other is trying to communicate.

Out of touch | The price