The price for ecocide

The only option provided for countering environmental destruction is relatively mild financial penalty. These penalties have been applied for who knows how many decades, but there is no improvement.

The only change lately under this singular fine option is in scale, which means bigger as in entire lakes, forests and oceans instead of just isolated vacant lots or tributary creeks polluted in the past: 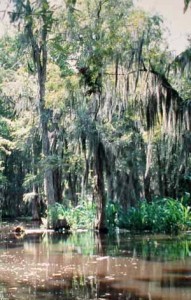 Syncrude faced one charge under environmental law and another under federal legislation for failing to stop the ducks from landing on its 12-square-kilometre tailings pond on April 28, 2008.

The judge found the company guilty on both counts.

Our skyrocketing population numbers combined with the utilitarian imperative to liberalize, modernize and democratize everyone is the cause of the increase in scale.

But, we have discussed population numbers here before, a description of the problem. But, other approaches need to be explored. In this case, since fines are only applied after the damage, deterrence [sic] is clearly insufficient if not often a total misnomer.

Robb said Syncrude has taken steps to minimize the chance of that happening again. Deterence measures now operate all year round.

But Mike Hudema of Greenpeace said Syncrude and the Alberta government still have a lot to answer for.

“The Stelmach government has never looked into its own fault in this event and continues to allow multinational companies to poison and destroy large swaths of this province,” Hudema said.

“These toxic lakes should never have been allowed to be created. This isn’t just about the ducks. It is about health and protecting people and communities.”

Tailings ponds, which now cover a total of 170 square kilometres between all oilsands operators, have long been a major point of controversy for the industry. Hundreds of millions of dollars are being spent in efforts to clean them up and reclaim them.

The company in question harvests oil shale for North American consumers. Petrol consumerism as a function of demand will disappear when two conditions are met:

Sometimes, to avoid sliding into what amounts to impotent protest, it is best to consider what actually is possible in the now.

What if in addition to mere fines for say, an inspection violation, direct asset confiscation were also in the state’s punitive arsenal for more serious offenses like the one revealed in the article?

The state could claim the oil shale company’s harvesting site and facility, then host a public auction. The mansions and automobiles of organized crime outfits are seized and auctioned, so there is already some form of precedent to work with.

Those qualified to bid for the site and facility would need to be an industry competitor such as another oil shale company, but only those having a better environmental record. Alternatively, a green NGO could bid on the facility, presumably to repair the site, remove the artificial structures and let nature reclaim it, holding it in trust indefinitely.

But, green NGOs are highly unlikely to outbid a petroleum company, so such cases would be very rare. 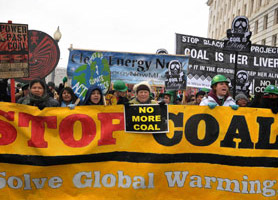 The competing bidder who wins acquires the seized assets for a greatly reduced price but is in exchange expected to uphold the same conservation standards for the site and facility.

Furthermore, environmental NGOs are let in on the game, if only as a wild card variable, but with an increased active presence in public volunteer conservation, rather than only in a sidelined display of protest.

Last, the company in violation whos assets are seized by the state will not necessarily be forced out of business entirely. But, it will approach its operations more professionally than what a mere $800,000 cost of fine threatens.