The poor you will always have with you 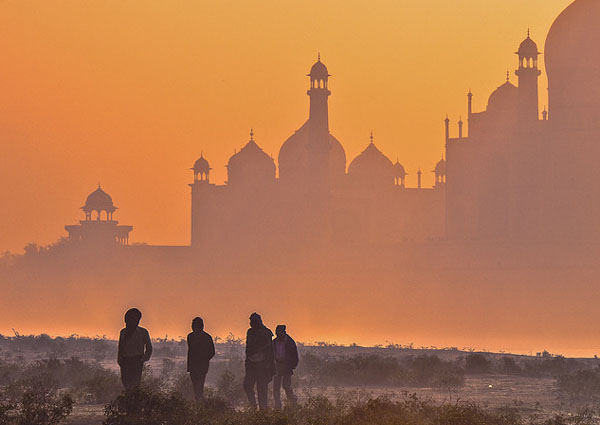 When we were kids, we learned that there was an easy touchdown to justify any action. That touchdown was “for the poor.”

If you get caught lying, cheating or stealing, just make a donation to the local soup kitchen. If you wanted funding for your project, claim it helps end poverty. To get elected, declare a war on poverty. To get in the newspaper, donate your allowance to the poor.

It is like a catch-phrase in our society, an equivalent to religion. The poor. Who are “the poor”? No one knows. They are like sacred objects kept in a sanctuary so that we may feed them and by paying, thus purge our sins.

For most of my young adult life, I operated like a marionette under this assumption. If something was for the poor, it was automatically 100% good and thus needed supporting. If I got lost in an idea, all I had to do was bring it back to benefits for the poor. It won debates, essay contests, friends and the interests of “women” (really: girls pretending to be women, at that point).

As I went through the Satan-falling-from-heaven mental apocalypse of realizing the depth of lies on which the social assumptions underlying our failing society are based, I was able to open my eyes and see that poverty, instead of being an exceptional condition which afflicts some, is a perpetual condition which affects those who act a certain way.

A new soup kitchen opened up down the street from the office. At first, a few dozen; later, hundreds. We’d catch them injecting, smoking and drinking intoxicants in the parking lots and alleys. I asked the question of an innocent child: if they’re poor, how do they afford drugs, alcohol and cigarettes?

No one seemed to be able to answer. The hundreds grew even more numerous. Soon other services cropped up, including a government office to help them fill out benefits applications. A job bank appeared, but was less successful. And yet, I was told to believe that these people were afflicted by poverty like a disease or unexpected hurricane.

It was at that point that I realized the value of the poor. They are not valuable to themselves; in fact, they’re barely able to make sensible decisions (tonight on Poverty Choices, “Heroin or Housing?”). What they are is useful to the wealthy and those who want to become wealthy through government.

Suppose I want a half-million per year job. I can set up a non-profit whose aim is simple, say, to educate the poor in condom use. It will get grants in the millions from government and corporations who got caught lying, cheating and stealing. The best part is that by failing, I succeed. If there are more impoverished homeless people with AIDS after the program than before, I haven’t failed… I’ve just showed how great the need is. It’s not that my approach is futile, but that I’m battling poverty!

I learned to be careful with these observations (not opinions). The worst were women, who sensed a faux pas and immediately used it as a chance to climb socially. “Don’t listen to Brett, he’s a Neanderthal,” they’d say. “By the way, I’m volunteering at ‘Condoms for The Mentally Challenged Homeless’ this summer. Know anyone who needs an art history major?”

Equally bad were those of a species of man which I’ve come to recognize but not name. These men are experts in having sex. I’m not sure they even procreate, but they have lots of sex. They do it through flattery and being clean, inoffensive and flattering to women. They play into the narcissism of many women which convinces them that they are the center of the world. Such a man treats a woman like that, until he has what he wanted. Then he makes excuses.

It was only later that I heard the phrase “The poor you will always have with you.” Was that from Faulkner? I asked. No, the Bible, they said. I shrugged: even if you don’t “believe,” the Bible is a compilation of ancient wisdom. And nothing has changed about poverty since the early days of humanity.

Our conceit that poverty is an affliction is an example of rationalistic thinking. We see it as an exception to what we desire personally, thus assume that’s the case for everyone. In fact, poverty is something those who are not impoverished cannot understand. I don’t attempt to. I instead simply observe it, instead of rationalizing and deconstructing like they taught us to in college.

First, the quotation is true. Poverty has always been with us. In every civilization on earth. Regardless of type of government. It does occur in different ratios… some civilizations are mostly poor. In fact, most are. Which leads me to the next point: poverty is not an exception to the rule, it is the rule. It is the default state of humankind. If you do not create something, you have nothing.

Second, poverty is a mindset. “Poor people have poor ways,” they said in Texas back in a time when Hollywood sneered at such things on the big screen. And yet it’s true. Heroin or housing. The poor dish out money on cigarettes, booze, drugs, hookers, lottery tickets and festivals. They don’t spent it on home improvement, self-organization or skills.

Or do they? Some escape; they were meant to, obviously. Most don’t. But there’s aid for them, which encourages them not to escape. It helps the rich to see the poor. It makes the rich feel richer, and the not-quite-rich feel rich. Even more, it’s a great way to distract when you get caught lying, cheating and stealing. Give the poor some donuts. It’s not “let them eat cake,” it’s different, somehow. We’re sure of it.

The “War on Poverty” of liberal democratic government fame is a giant smokescreen. Poverty cannot be ended. We will always have it with us. What we can do is give opportunity to those who are willing to abstain from short-term pleasures (drugs, sex, booze, cigarettes, lottery) and plan/work for the future instead. And that is where the biggest concealment is occurring.

In a saner society, we would realize that poverty can be addressed by offering opportunity. It cannot be cured nor can we lift all or most out of poverty. They are impoverished because their personalities and minds are not ready for anything more.

A better option for everyone would be to have people work less and work in more different capacities. We could hire people, one per stretch out roadway, to keep the road clean. They would still be poor, but less so, and have more pride. But then we couldn’t use them for our own purposes.