The past is alive 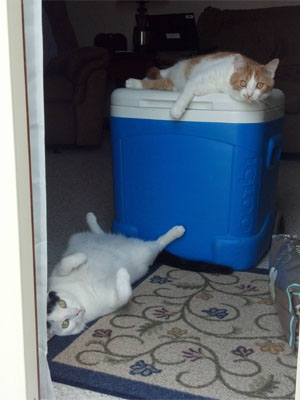 The way to be cool is to be detached. The less you look like you care, the more you can claim to be above it all, different from the mainstream, and cool.

As a stance goes, this isn’t the worst angle to take. However as time takes over, “cool” doesn’t work so well since truly not caring and being above it all results in dysfunction, poverty and alienation.

At that point, it starts to look like being cool isn’t just another option in a procession of many stances, but one of a few fundamental paths one can take in life.

One can engage, and buy into society at face value; one can engage, and be cynical. One can drop out and pursue higher goals, like religion or art. There are also decent paths in disciplines, like the military or the professions.

Each of these paths is what moderns refer to using the gnomic term “lifestyle.” But it is not that: each is a path. A path is a combination of career, life philosophy, and all other things related to how you spend your time.

For example, you can choose a “higher” path like that of a hermit philosopher. Alone in your hut, or dingy apartment, you can be profound and re-assure yourself that no one else could possibly understand, which is why they crawl around like rodents at their measly jobs.

On the other end, you could decide to go to school and open your mind to whatever they make you choke down and regurgitate. You can spend your time on it for seven years, and at the end of that, find yourself in a decent job or profession. That profession then becomes your path.

Others find paths in disciplines. If you are a sword-maker, you have a position in a community, if one such place still exists. You may not get paid a lot, but you don’t starve either, and so you have a comfortable life and a “calling” that others will know you by.

The point is that each of us make a decision to trade our time for some role in society, even if that role is drop-out. We are inseparable from our context, which is not merely social (who likes you) but civilizational, embodying shared roles toward achieving the goal of a certain type of civilization. Even further, this role is a personal sense of what you believe in.

While this choice is upon us by the nature of being alive, most people refuse to take it. Their attitude is passive, of doing jobs for money and of participating in society only because there are laws and police. They do not choose their destiny, but react to its parameters.

For the last 200+ years, society has pandered to these people in order to accommodate them. It talks about equality endlessly, so that they know that any choice is acceptable, and feel the burden of choosing lifting. They are accepted just for being human and if there are bad consequences of their choices, all the “normal” people owe them a living and respect, just for being human again.

But the past is alive. Memories of a time when people were defined by their choices, not their evasion of the consequences of those, haunts us. It isn’t that far ago — centuries are small change in history — and it isn’t even that removed. We can dust off the old photographs, read the old books.

We see fragments of it any time someone chooses to stand up for what they find to be true (not “believe,” since that word in its modern use implies arbitrary excuses for denying reality). It haunts us in our dreams, too, as we wonder if the justifications we make in daytime can protect us from doubt in the night.

That nocturnal doubt takes a simple form: perhaps a better path could be chosen, or was available.

We have this in a minor sense like an inoculation each time in the moments before sleep seizes us we recall an interaction, perhaps with an attractive person, in which we “could have said” something witty and did not. Next time, we think.

And what is our solace when next time is not possible in this lifetime? When we have spent our quarter and the game is over? It doesn’t happen at the moment of death, but in the decades before. From roughly 20-70 we spend our active years. What did our choices say about us?

Certainly we can hide behind the comforting political dogma and “scientific” notion that all our choices are equal. But in the depths of the night, we realize that other paths awaited and we foreclosed them. Was it through bravery, or did we simply shirk our duty?

We will always measure ourselves by our ancestors. Not what is convenient, trendy, hip, cool, chill, phat, profitable, politically correct, popular, fly or off the chain. Those are temporary things.

What we fight and die for is what defines our innermost essence, our souls if you still believe in those antiquated things, or maybe just the primal center of our personalities.

For two generations we have known relative peace. History however is turbulent, and makes change not through peaceful resolutions over coffee, but war and mayhem.

When the times of chaos come again, what will you stand and die for? Do you think highly of yourself, and of your world, to take a stand somewhere?

The past is alive and it shapes us to this moment and beyond.

Do it for the children | Disguised