The parallax shift of collapse 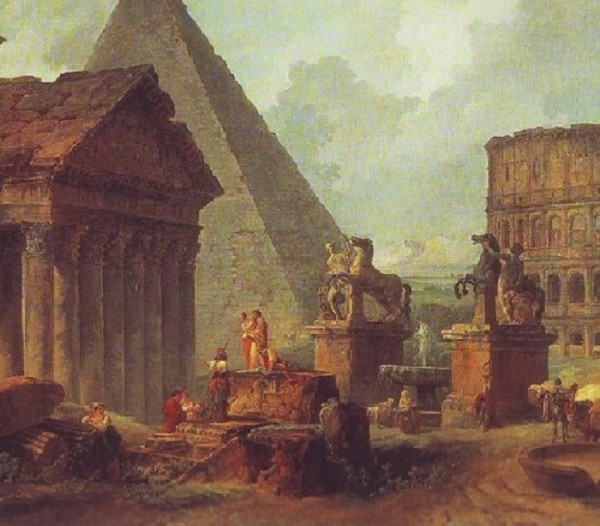 This blog would be a lot more popular if it did what every other blog does: sex it up.

Vivid images and polarizing emotions sell. Even if the audience is paying nothing, their attention is a property. And so like writers selling books, or journalists pitching newspapers, blogs sell their product by first making it interesting and secondarily, wondering if it is mostly correct.

That is how to succeed, after all. The more interesting it is, the more people show up. Except for the rare few for whom ideas themselves are interesting, who can think in abstract terms, and who are concerned about actually fixing problems with realistic solutions.

But why sell to them? They are few, and it is easy to find many more people on the internet — bored at their do-nothing jobs, lonely and drunk in their dingy apartments, or raging against the machine in purposeless retirement — who are easier to acquire with a spicier product. Answers do not sell; image does.

What you see here is the thin and unpopular idea hiding behind the images others use to sell it. It’s not exciting and I’m not that great of a writer, more like an analyst of some kind, so often it is less than fascinating. But it is the closest approximation of what is real that I have found out there.

Many have sold the idea of collapse, decline or fall of the West as Rome 2.0. This was apparent to most at the time of the first World War, so our society dumbed itself down and drank heavily to continue ignoring the elephant in the room. That worked, sort of, in that with the 1968ers we got a generation will to turn everyone else into ideological zombies.

This collapse, like that of Rome, will not be exciting. You will not in fact notice it happening because it will be gradual and it will not occur where you are looking. Instead, like a parallax shift, it will happen in the background while you are watching for the image sold to you in films, television, blogs, media and conversation.

This parallax shift will not occur in the spotlight. It will happen behind the scenes and very slowly. There will no wake up point, only a long steady decline until you realize your society is irrelevant and has been for some time. There will not be an epidemic of ethnic violence, or a revolution.

Instead the slow decay will eat away the inside of society and leave the hollow shell, which will pretend it is the same as it was in 1913 or even 1945. But inside those walls, the quality of everything will slowly slip away, just as our products look the same and have the same prices but cheaper ingredients, and less of them, inside.

Everyday objects will stop improving and become a constant. The quality of things like food will decline until you need to shop at luxury rich person grocery stores to get the average quality of a 1970s grocery store. Corruption and taxes will increase, and everything you attempt will require knowing somebody to get ahead.

Your neighborhoods will look the same, but the construction will be shoddy and buying in a good area will no longer allow you to escape crime — only a gated community with armed guards will afford that. You will have free education, medical care and emergency services of inept quality, and have to purchase private options.

Soon there will be two groups: the very rich, who have the quality of life that was normal in America up through the 1980s, and everyone else, who will live in the equivalent of Brazil or Iraq. In their world, violent gangs and fanatical ideologies will control daily life, violence and crime will be common, and every product will be of the quality we associate with the third world.

You will keep going through the institutions and to the places you remember. But you will be getting an inferior substitute. You will have the same salary or more, but it will buy less. You will see the same flags, but they will have far less prestige and power. All of media, politics and entertainment will agree that none of this is true.

This condition might sound familiar to you. We’re about halfway through the process now. A slow, heavy sliding into irrelevance. No big fires, explosions or political intrigue. Just endless descent, with everything getting a little bit worse every year. Until no one cares, and no one who can tell the difference remains.

The problem with individualism | Keep America Not Muslim