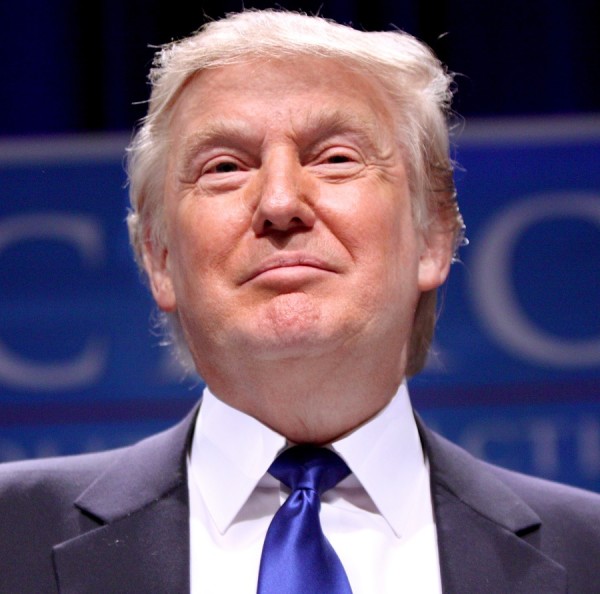 Trump says he wants to temporarily ban Muslims from entering the country in order to sort out national security issues. Â Turns out this is a shocking thing to say. Â

What should be a standard, bland assumption — that a nation should determine who gets in, that open borders are incompatible with nationhood — is treated like the vile guttural grunts of zombie Hitler. Â That sounds silly (and it is), but when you adhere to an ideology as fundamentally intellectually bankrupt as liberalism, using cookie cutter arguments is pretty much all you have. Â

The formula for all liberal outrage: designate a few historical figures as simply bad, then comb through their ten second quotes and their actions as filtered through politically correct revisionist history until superficial similarities to the present political enemy is found, and boom, youâ€™re done. Â If you blur your eyes and inhale some of the dankest ideologies, Trump does kinda look like Hitler because he doesnâ€™t want America to become Muslim. Â Political analysis for dummies.

In true junkie fashion, addicted to the social feelgood of righteous outrage in defense of the socially popular, everyone impulsively rushed to jump on Trump. Â Wait, thatâ€™s not right; letâ€™s not mistake the artificial echo chamber of mass media for reality. Â Not everyone, but every media personality immediately whined about the pain in their rump from listening to Trump.

A White House spokesman said Trumpâ€™s comments â€œdisqualified him for President.â€ Â It should be no surprise to anyone reading this that the current regime actually believes that Presidents arenâ€™t allowed to act in their nationâ€™s interest. Â Maybe if weâ€™re charitable we can find some practical reasoning behind this judgement. Â Looking at past presidential enthusiasm for Muslim ingenuity, perhaps what was intended was the observation that without Muslims, who will build our clocks? Â Ouch, I think I just pulled my mental psoas from those mental gymnastics.

Hillary Clinton says itâ€™s â€œextremist,â€ and â€œboth a shameless and a dangerous idea.â€ Â Itâ€™s certainly dangerous to plans to undermine America, and thereâ€™s no shame in that. Â Again, no surprise here–she wants power, Trump is a threat to that, and so she attacks. Â But she followed this meaningless invective with rhetoric that would make me concerned for her mental psoas were she not an Olympic level mental gymnast (itâ€™s an event in the special Olympics):

[Republican candidates] are all driving the exact narrative that jihadists want to advance. That we are at war, not with barberist, violent murderers, but with an entire religion. This is a grave mistake. I know very well that the fight against these radical jihadists is one we must win. It is a fight against a brutal enemy who twists religion, twists Islam to justify mass murder. They must be defeated. But in order to accomplish that goal, we have to work with Muslims, in our country and around the world.

Ah yes, the people who want to establish a worldwide Muslim caliphate win if we restrict Muslim immigration. Â They want everyone to be Muslim, so naturally limiting the number of Muslims here plays right into their hands! Of course, Trump didnâ€™t say anything about a war. Â He didnâ€™t say anything about an entire religion. Â He simply made a very reasonable statement about not risking the security of our nation for nothing.

But itâ€™s not just his political enemies who are attacking him, itâ€™s also those who are ostensibly on the same side of the political divide. Â According to one of the low-polling candidates, what Trump said â€œhelps his buddy, Hillary Clinton, for sure.â€ Â

Why are all these liberals and cuckservatives so obsessed about basing their actions on some interpretation of what their enemies want instead of just doing whatâ€™s right? Â Poor Jeb is confused about how getting elected works, for sure. Â He thinks voters want to hear an accountant talk about how if we all just work a bit harder and a bit longer, weâ€™ll be able to sustain this behemoth system. Â We donâ€™t want this behemoth system, Jeb — do you need that explained en EspaÃ±ol so your wife can understand it too? Â Trump may be a loudmouthed clown, but the content of his policies is realistic. Â Jeb is the anti-Trump: a low-energy personality bloviating boringly about how â€œseriousâ€ he is while pushing hilariously bad propositions as solutions. Â Jeb is the ideological clown.

Thatâ€™s enough; we donâ€™t have to seek out these stupid outbursts, theyâ€™re all around us. Â Whatâ€™s unfortunately uncommon is avoiding the bickering internal squabbles and focusing on instituting good policy. Â Ted Cruz stands alone in not vilifying his fellow party member with what he calls â€œRepublican-on-Republican violence.â€ Â While partly disagreeing with Trump in favor of his own half-way good plan on immigration (which is almost as good as it gets on illegal immigration, but will merely â€œhalt increasesâ€ on legal immigration), Cruz maintained tact, giving us presentiments of a 2016 Trump/Cruz ticket:

“Look, I like and respect Donald Trump. I don’t anticipate that changing at all,” Cruz said. “The reason why I won’t get engaged in personal insults and attacks, I don’t think the American people care about a bunch of politicians bickering like school children.”

“I’m grateful Donald Trump is running,” he added, saying the mogul has focused the national conversation on border security.

Indeed, many have commented on Trumpâ€™s success at Overton window shifting, despite the frequent stump attempts. Â We look forward to the day when the national conversation shifts further to the yet more important issues of existence and identity.