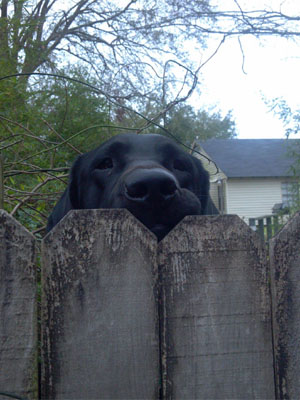 A long time ago, someone I respected — who had more experience — hinted to me about the Other Side.

“You know, it’s like Nietzsche talks about, or Buddha,” he said. “You realize enough about how everything works, and you’re seeing the world from a different angle. Everything changes.”

To a young person this makes no sense. The world is… the world. It’s the same physical stuff. How can there be another side, without getting into crazy Gandalf wizardry?

The answer is that as Nietzsche said, there are no facts, only interpretations. The lattice of coincidence that brings together the different objects and events in our lives is an interpretation.

In an even simpler sense, to a snail life is entirely self-reflexive. Sometimes the world moves, when the snail moves. Things appear in front of it and it reacts. Choice? Sort of.

The degree of interpretation used determines what choices we can make, and what consequences we can wring out of those choices. It determines the meaning available to us.

It also guides our knowledge of how to act. The Other Side could be seen as a knowledge of patterns and their effects in cause/effect relationships. When you recognize a pattern, you can make it work like magic by manipulating its internal structure.

Take for example a wing. It changes the internal structure of the flow of air by making air rushing under the wing move more slowly than air rushing over it, thus producing lift.

The Other Side is a series of knowledge points like this. When the veil of social interaction, personal judgment, dollar value, popularity, novelty and bodily pleasure drama is lifted, a new world awaits.

It opens new possibilities for us to see in the familiar objects of life itself, like learning a new chord shape re-animates the twelve notes in new ways. Like a dance it adds a new dimension through patterns to an otherwise material, mundane event.

At some point, it even leads beyond what we think we know as certain and obvious. We discover that there is more to the world we can ascertain, much like returning ripples in a pool hint at where its boundaries are — or are not.

Enumerating the parts of this view would do nothing because one of its first tenets is that you must be ready, receptive and aware of what you’re about to receive when knowledge is transferred. Otherwise knowledge is just words, without the lattice of interactivity and emergent meaning that animates them.

People who have seen the Other Side tend to have a few things in common. They are less concerned about the things that 99% of the people spend 99% of their time on, but are very concerned about often-overlooked things.

To those who have not crossed over, what visitors from the Other Side talk about seems like the rambling nonsense of an insane person. This is why it is the Other Side — to the rest of us it is incomprehensible, until we make ourselves ready to see it.