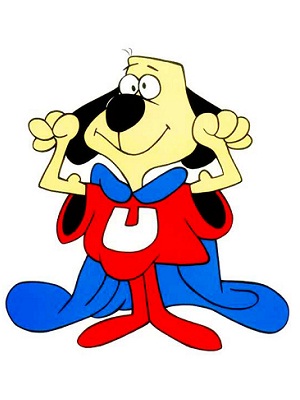 The infuriating thing about modern society is that it is based in one-way (and reversed) thought processes.

Reversed thought process is simple. Instead of studying reality and adapting to it, we project ourselves on it. We create a social group to affirm our reality and not outside reality, which is how individualism creates conformity.

One-way thought process is created by our need to fix reality to fit our expectations. It is uneven, not level, and as a result often shocking to us and unpredictable without intense study. Our lazy minds like the idea of leveling it, making it all equal, in a metaphysical process not unlike paving it all with concrete.

In a similar sense, we like the idea of creating equality through transfer of wealth, power or status. Imagine that you have two sticks of uneven lengths. One will be longer than the other, so you can either cut it down to the size of the other, or take off the extra wood and split the difference, so both sticks are the same length.

Notice that it is impossible to do the reverse, which is to cause one stick to grow longer to meet the other. All we can do is cut and redistribute. Those are the only mechanisms available to society, at least until genetic engineering gets more terrifying.

The fact of this inability — we can cut, but not grow — lies in the decentralized nature of society itself. Each person has their own abilities and only they can motivate themselves to rise to the top of their innate potential, and no one can push them past it.

What results from this inability is a one-way street. In our push for equality, we have only one method, which is to take from those with better outcomes and use that “excess” to stimulate the pre-outcome possessions of others. We cannot equalize outcome-to-outcome, but we can fake it, by removing and splitting the difference.

This one way path gives us no stop point. If our policies are not working, the solution is more redistribution; we have not redistributed enough. The means becomes the goal. Since any direction other than more redistribution is off the charts, we keep on the path and try qualitative efforts: faster, more, harder, broader.

As modern society winds down — all of the industrialized nations, with the West leading the pack — it will present an opportunity to break this single direction. Let us try redistributing nothing, and instead exile those who get wealth in corrupt ways, and take care of those who are without it.

That slightly old-fashioned idea does not make us feel as powerful and altruistic, but it does help the problem without rotting our society from within through a one-way path to dissolution.

The other side | Existential