The origin of conservatism 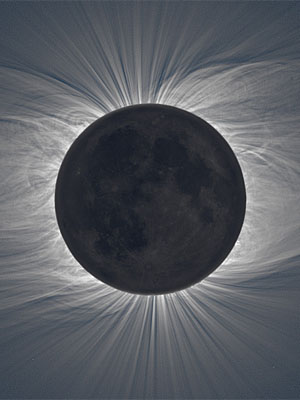 People in my life were appalled by my shift to what is ultimately a version of mainstream conservatism taken to its logical conclusions. They wanted me to join extremist movements, invent something “new” or drop out from society entirely instead.

This mirrors the dilemma we face when angry with dysfunctional parents or previous generations. If your parents botch the job, you can destroy yourself and future generations out of spite. Or you can get past that and do something positive instead.

Generally, those who are attracted to the novel and extreme are acting out an emotional agenda that is personal, not a logical agenda designed with an end result in mind, such as civilization reformation. The rebel does not believe anything will ever change, so aims for having his fun before the boom.

The thought-worker on the other hand begins work every day with the notion that no matter what is going on out there, disorder will always be present and must always be fought. There is no Satan who can be defeated; evil is with us every moment as a potential choice just as probable as good, and we must work to know the difference.

This will never be a popular message. Extremism and novelty encourage us to discard the laboratory of history and to stop working on what’s in front of us, waiting instead for a final conflict with an externalized Satan, a scapegoat who can be symbolically defeated. But life is not symbolism; it is life.

The reason conservatism remains appealing is that it shares an impulse with science, disciplined thought and a study of history. We look at all that has happened, and analyze what “causes” (human actions) produced what “effects” (end results). This requires the long view of history, where no act ripens for centuries or longer.

Conservatism in this sense is a way of saying that there is nothing new under the sun with humanity. People are always the same, and the mistakes we make are always the same. Recognizing those mistakes and avoiding them should be job #1, but for the vast majority of people, it is not and has never even entered into their minds.

This, then, is the challenge of politics: sanity in the individual mind. Values that bind people to one another and to their land, including its natural life, so that these things are preserved and nurtured. Reasons to live and reasons to want to do the right thing.

Before the French revolution, such thinking was common. We did not have left and right, only a social apparatus which worked to make people sane and put the sanest people in charge. Ultimately, conservatism defends this type of vision, although we’re taught to call it “authoritarian” and “unequal” by the descendants of Jacobins today.

Even our conservatives have abandoned this vision, preferring instead to talk about economics and methods of social control. But the essence of conservatism has always been a contract between the present and past and future of a society as a whole, as Edmund Burke noted. That requires us to look past pragmatism and material to the spirit of our people.

While modern people will find that a bit extreme, that is only because starting with the French revolution, our mindset has been to separate cause and effect. We do that primarily by ignoring time, which is what unites causal effects in our world. That allows us to ignore the fact that our actions have consequences.

And yet, as Kant would remind us, our actions do have consequences. Especially the small ones. A conspiracy of details can be, like the “broken windows theory,” a reason why society wallows in misery. If all is ugly, we act with ugly intentions. If we trust nothing, we act like adversaries.

This is why at the essence of conservatism is the Platonic ideal, in which we pursue “the good, the beautiful and the true” because those are what unite a society around health and growth. Our goal is not to react to material reality, but to shape it according to the ideals that fill our spirits with joy and make us cooperate willingly with each other.

If such essentialist conservatism has any uniting principle, it is this notion of optimality. We do not seek the adequate; we seek the best. We seek to constantly improve. Like evolution, or like data that organizes itself, we seek to constantly push back entropy by forcibly separating good from evil and arranging good in optimal patterns.

This achieves more than less expensive political plans. It achieves the type of society we would like to live in. It imports the divine into mundane reality, instead of trying to make ourselves seem divine. It fixes our problems at the root, instead of reacting to them.

For those who are curious, this is why I chose roots conservatism instead of extremist movements. Life is short and we have no time for cutting at heads of the Hydra, or even attacking the Hydra at all. What we must do is become healthier than the decay, and only traditional conservatism offers a plan to that end.