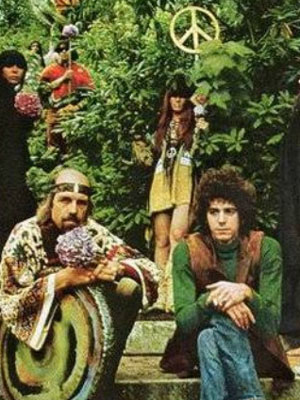 Most people fear destruction because it involves that roll of the dice called combat. When you step into that ring, you can lose. The other guy can be better or stronger. Or fate can deal a blow.

Somewhere between stupid and intelligent is a zone reserved for people who are clever. They are not intelligent enough to be creative and constructive, but they are smart enough to be manipulative. They specialized in using the goodwill of others to deceive them.

Their greatest deception is pacifism. There are no real pacifists. If someone truly wanted to avoid conflict, they would simply detach. If they want to achieve their ends without the possibility of losing, they become pacifists. That means they work through passive means.

Such people specialize in gentle destruction. Their goal is destruction; they choose soft, gentle, passive, non-threatening means to do it. This means they attack from the details, and don’t go for the main point. Again, they are smart enough to be manipulative but not creative.

Of all their weapons, the most powerful is separation. They separate the multiple results of an act from each other. They separate an act from its consequences. They insist on dividing up time, so we don’t see how things actually work out, only the intermediate step where things aren’t so bad after all.

When sexual liberation came about, it was offered to us through separation. We can remove sex from its role in love and the family, they said. It will bring pleasure to many. There are no consequences; people will be the same, everything will be fine.

And five years later they were declaring victory, trotting out studies that showed things were improved, claiming that “science” proved the legitimacy of their viewpoint, etc. All were lies and remain lies.

The separation of sex from family destroyed the family, and left generations of shell-shocked zombies who believe in their inarticulate hearts that their divorced parents never loved them, and that their existence was purposeless.

Sexual liberation made men and women antagonists, ensured that almost all relationships fail, and encouraged people to hook up at random and then settle for lower options. It has produced a non-stop flow of collateral damage, none of which has been acknowledged by its creators.

Recent research puts another nail in the coffin of sexual liberation. It turns out that being on the Pill does create changes in how women think. Specifically, they stop wanting masculine men, and start looking for more feminine ones. Hormones are powerful stuff as it turns out.

By accepting sexual liberation, and birth control, we did more than just be gentle to our own impulses. We wired ourselves for self-destruction. Perhaps that was the intent of the enemy all along which so hated the family it wanted to use our desire for sexual pleasure to ruin it.

More likely it reflects one of life’s greatest ironies, which is what happens to the pacifist. Unable to act from fear of reprisal, the pacifist becomes an embittered and negative person, sniping after the fact and attempting to sabotage what he could not intervene to stop. The life of a pacifist is entirely after-the-fact regrets.

If we learn a lesson from birth control pills, other than that they’re a good way to make your daughter whore herself for emasculated idiots and finally end up with one that she can later divorce, it’s that those who destroy gently are not gentle. They are parasites and predators both, and their mission is to destroy.

The origin of conservatism | The infamous twenty minute date