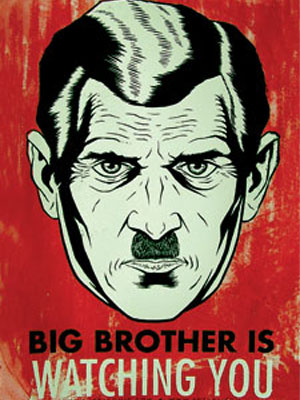 The hysteria sweeps the country like a giant wave. If you do not join it, it threatens to crush you with its weight.

Almost literally everyone you know has participated. The peer pressure is immense. Equally huge is the need to have some kind of response when people talk about it. The correct response is “I signed the petition and I’m really worried about this.”

Like most panics, it is designed to be something you cannot refuse. You look bad for not taking part. As a result most people join in, repeating the exact same phrases and the same dire warnings. This could be the end of all good things, they warn.

The hysteria itself is infectious. In a time that prides itself in safety, very little happens. In fact, we’re so safe, regulated, managed, administered and overseen that life is generally boring. We are always ready for that great hype that could rocket us into full-on feeling like we’re alive.

But even more, the people around us want a reason to be important. They want to be the brave revolutionaries standing up to a vile government, or fascist corporation, or even diabolical king or religion. Even more, they want it to be easy to do so, like signing a petition.

There is defiance in their eyes, but it is the kind of defiance that fills the eyes of a bully who knows that there are no real consequences for his actions. People are distracted. Soon it will be over, with no witnesses. Instead here, people relish the chance to act like rebels with no penalties to pay.

People on the internet adore pseudo-activism like this. It makes them feel huge and important. It has zero actual consequence. It’s a talking point. The novelty of it makes them seem like good people and morally upstanding citizens to their social groups. Even for just a few clicks.

SOPA/PIPA are reputed to be the start to George Orwell’s 1984. The government will gain the ability to shut down websites, and so the censorship will begin, with the next stop being telescreens and secret police.

Except that George Orwell’s vision was government-approved. It fit right into the narrative that the West needed during the Cold War: the other side were authoritarian, controlling, paranoid and against fun, love and freedom. Therefore, fight back against government power!

What they didn’t tell you of course is that acting in that way made government more powerful. An official list of impermissible acts had been agreed on, so people would stop looking for other violations. And any time government needed a distraction, it could offer a sacrificial Orwellian gesture to distract us.

SOPA/PIPA are government bills to allow the USA to shut down websites that are pirating warez/media or selling counterfeit goods. The government already has the ability to do this through the DMCA; it can submit a ton of those and force a site offline, if it’s in the USA, or encourage major providers to block external sites.

Even more, the average citizen has this ability. If you spot an offensive website, call up the hosting provider (easily found) and complain about the offensive content. If enough people do it, the web site goes away.

True, there are now free speech and semi-free-speech hosts. If you take your $200 down to a courtroom and have your lawyer fill out some papers, you can initiate a lawsuit that will cost that website more than it can afford to keep running. Censorship has always been the way of the internet.

Of course, it’s not government doing it, and that’s what they’ve trained you to look out for. If a news source claims it’s not from the government, you trust it. If a political movement claims to be fighting the government, you join it. If ideas get censored because they’re unpopular, you’re OK with it.

Right now the hype is at epic fever pitch. The Crowd is swarming and wants to ensure that you join. However, they’re hyping a non-issue and the whole point is to force you into their circle, so you start doing what they want. How easily you are controlled.

The NPR style | The Immune System