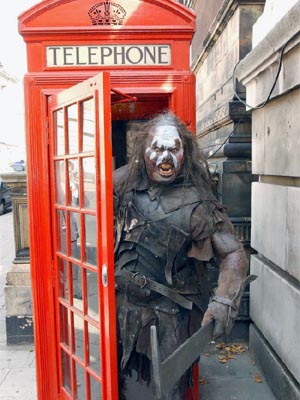 Postmodern theorists talk about the difference between text, or public meaning, and subtext, or private (and usually actual) meaning.

In politics, this means we say one thing to flatter the people around us into thinking we’re doing what is in their best interests, or what they have commanded us to do; in actually, what we have offered is a justification, and our real goal/intent/methods are far different.

Simple examples can be found just about daily in the kind of petit bourgeois corruption that afflicts American politics. I, a politician, want to kick my buddy Joe, a builder, tons of cash; therefore, I invent a project to house the poor.

Or maybe I, a politician, want more power so I invent a rash of drug-related kidnapping and gang pedophiliac sodomy cases to scare all of you vote-sheep into wanting me to protect your kids. Or maybe we need a new food kitchen built on the site where (coincidentally) the evidence of my misdeeds are buried.

As we launch ourselves into the new order, which started in 1991 with the fall of the Soviet Union, we need to separate fact from public illusion.

This new order had curious beginnings. When Communism defeated itself just as spectacularly as it defeated Nazi Germany (through sheer willingness to take casualties), leftism changed. It became clear that a strong central power grab was not possible, and that pure communism wouldn’t work.

Hence was born the new leftism. Essentially, all leftism has always been the same, from 1789 onward — all people are equal, which is another way of saying that I the individual want no one to tell me what to do, even if my actions are destructive to future generations and the collective socialized investment.

The new leftism however combined the two forces that won the last war: American-style consumerism, and Eurasian-style Socialism, and from them fashioned globalism, which was an update to the old “internationalism.”

These are extensions of the 1789 dogma: everyone is equal, without borders, and we’ll all join hands to defeat the power, smash the kings, throw down the churches, repossess the corporations, etc. The message never changes, but it always takes new form, and they rotate through enemies to keep the message fresh.

Globalism is egomania made possible by government, and it penalizes those who self actualize. It is in fact a jihad against honest maturation, which it replaces with “growing up” which is a form of calcified tolerance of the purposeless, lazy, incompetent and stupid behavior of others. This tolerance makes us bitter in our souls, but we are told it’s how adults behave, so… buckle up!

Since 1991, we have had two decades for the new order that we might call “consumerist post-totalitarianism” (in a nod to Vaclav Havel) because it does not directly command us; instead, it sets up a dogma and rewards those who obey. Part of that obedience is ostracizing those who do not obey. It is social control, not political control. That is its grand evolutionary leap.

What is deadly about social control is that it has no head to sever. It is administered by frightened people, upon one another, through indirect means that never can quite get tracked back to a central government. Look at two examples from the former conquerors:

Putinâ€™s genius â€” and it is nothing less â€” begins with an insight into governance that eluded the â€œgreatâ€ dictators of the last century: You need control only public life, not personal lives. Putin grasped that human beings need to let off steam about the worldâ€™s ills, and that letting them do so around the kitchen table, over a bottle of vodka, does no harm to the state. His tacit compact with the Russian people is that they may do or say what they like behind closed doors, as long as they donâ€™t take it into the streets. He saw that an authoritarian state that stops at the front door is not only tolerable but also more efficient.

As for the defiant, he kills or imprisons them. But there are no great purges, no Gulag â€” only carefully chosen, exemplary victims, such as anti-corruption activist Sergei Magnitsky, who died in police custody, or the disobedient billionaire Mikhail Khodorkovsky, imprisoned on charges Russians regard as black humor. Western consciences may be briefly troubled, but Putin knows the international community wonâ€™t impose meaningful penalties. Seduced by Kremlin policies â€” from oil and gas concessions to cynical hints of strategic cooperation â€” Western leaders have too many chips in the game. And at home, the common people, the chorny narod, donâ€™t mind. Instead, they gloat when the czar cuts off the beards of the boyars â€” or humbles an envied oligarch. As for gadfly journalists, Putin wagered that they could be eliminated with impunity, as in the case of Anna Politkovskaya. Our outrage is pro forma and temporary. – Washington Post

What do you do when there’s no culture holding people together, no mission in common and no shared values, and in fact a substitute anti-culture composed mainly of hatred for those who have more than the clueless peasants?

You give them some unimportant targets to destroy, and then as in Aldous Huxley’s Brave New World you shovel on the prizes. Lots of sex, drugs, booze, black markets, tolerance for sodomy, bread, circuses and rock stars! They may be poor, but they’re living the good life, and now they’re inert. Perfect control.

On the surface you’re talking about political issues of great import, but those are the distraction. The important goal is business as usual and total power to the top, through methods that cannot truly be seen.

Naturally, the Eurasian (Russian) version is a bit cruder than the Europe-American version — after all, Russia trails the United States and Europe by almost a standard deviation in terms of average IQ. Further, Russia has a record of brutal rulers, so one would be insane not to be a brutal ruler in Russia.

But look at the similarity of the American version:

While Mr. Obamaâ€™s approval ratings have slid across the board as unemployment remains high, what buoys Democrats are the changing demographics of formerly Republican states like Colorado, where Democrats won a close Senate race in 2010, as well as Virginia and North Carolina.

With growing cities and suburbs, they are populated by increasing numbers of educated and higher-income independents, young voters, Hispanics and African-Americans, many of them alienated by Republicansâ€™ Tea Party agenda. – New York Times

Give the proles a target (the rich), gather together the discontented, promise them more freedom (marijuana, sex, immigration) and then use them to replace the middle class. Quietly build a permanent power base by biologically/genetically destroying those who might oppose it.

The message here isn’t “we might not be so different as we think.” It’s that the power structure of globalism is what defines the new order, and it’s here because the same leftist urges from 1789 have mutated to a more deadly form.

As you watch the political drama play out across the stage, remember that it is for the most part an illusion, and behind the scenes, the agenda is the advancement of this new order and its elimination of those who might oppose it.