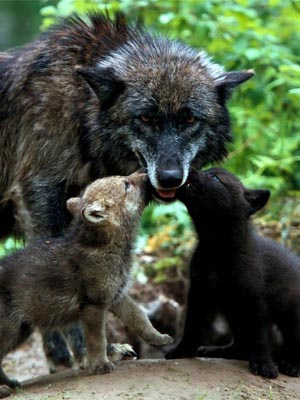 When I first differentiated between nihilism and fatalism (what Nietzsche calls “nihilism”), people really objected and accused me of being illiterate and un-educated and all the usual stuff.

Over time it has become clear however that I was more correct than I realized. Nihilism would reject all values; fatalism rejects all but the self as a defensive mechanism against a world it considers bad. Inevitably this view also invades the self.

The past few weeks have shown me how crazed and suicidal people of the modern persuasion are. While they are mostly liberal, it occurs on a more basic level than that: they are defensive narcissists who engage in altruistic behavior to manipulate others and protect themselves. Signs of the collapse.

In fact, these modern people are equal parts self-pity and white-knight, because they are forever seeking reasons to feel good about themselves. They know it’s all artificial, and all for show, but they want to be “uplifting” to give themselves a few moments of joy before doom. They are essentially suicidal.

You can see this very clearly in how these women react:

Women in a Brooklyn neighborhood on edge over a spate of sex attacks are being told by police that wearing skirts and dresses might not be a good idea.

The surprising message from the NYPD is not being taken well.

“I think that women should be able to wear whatever they want,” said Theresa Troupson, a Park Slope resident. “I don’t think that they should be held responsible in any way for the actions of criminals.” – NBC New York

These people literally have reversed mentation.

A normal thought process looks at the world and tries to find rules of how it works, and to use those rules to adapt and achieve a positive result. Behavior conforms to the situation.

This modern mentality is the exact reverse. The situation is forced to conform to the desires of human behavior, which are increasingly based on what individual humans want to consider important, namely that we’re all equal which means each of us is OK because everything is OK. No standards means all are accepted.

You can imagine these women arguing with snakes, telling them not to bite, or complaining that the blast of freezing air from the north is oppressive.

They are living in this illusion that there will be something simple they can do to defend themselves against this predator, and that making the symbolic statement of being able to do whatever they want whenever they want wherever they want is more important than coming out alive.

A more sensible animal, feral and not self-conscious, would simply disguise itself with the required camouflage. It might even gently hint that such airy principles are the provenance of dying civilizations and their spoiled, egodramatic, neurotic and narcissistic people.

Revolution or evolution | The new order