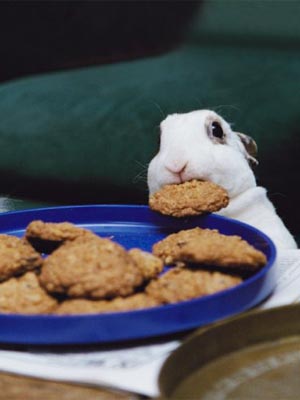 Throughout American history, two principles have stood in balance: “the squeaky wheel gets the grease” and the Silent Majority.

In a democracy, those who command the most attention — whether media, social, fashion, personal or otherwise — define the issues. This is why most of our political discourse focuses on symbols, usually those related to pity, such as the poor, minorities, women and others who “need” our paternalistic help.

Counterbalancing this is the Silent Majority, who comprise the vast middle section of America both geographically and demographically. They are white, lowercase-c conservative, middle class or hovering near it, and they tend to like practical plans and ignore everything else.

This makes the Silent Majority deadly — generally, they are apolitical because they are busy running their businesses, working their jobs, making things turn out right for themselves and others. They don’t have time to screw around with the flavor of the day issue, especially as these issues are usually symbolic.

Like people for time immemorial, the Silent Majority may not be Conservative-branded but they find value in conservative thinking. They like results over good intentions; they see how religion is useful in raising children; they like family-centered societies geared toward a well-behaved majority, not its discontents.

This makes them problematic to a politician.

If you are running for office or in office, you want to have control over the forces that control you. This means you like people like the squeaky wheel people, because they’re easy to corral with carrot (free stuff, pity for the “less fortunate”) and stick (fears of bad things).

You don’t like the Silent Majority because they can make your life difficult. They stay un-involved until things get bad and then, wham!, like the Tea Party, they show up and drive you out of office in a cloud of scandal. Not good for remaining in power or having control.

In the 1950s, after the defeat of Nazi Germany, the rise of Joseph McCarthy and the Korean War, the Western left underwent a re-organization process. With the Soviet Union in power, it knew that it could no longer associate itself openly with Communism. Instead, it created a form of “soft” socialism.

The idea behind this socialism was that it did not aim for regime change; it aimed instead to slowly add socialist policies to the capitalist West until our industry depended on them, much as it had with the Unions. This was an infiltration strategy, and it lasted until 1991 and then took on new form.

But rolling it back to the 1950s, the infiltration strategy gained new momentum. The infiltrators slipped into public schools, into entertainment and media, and into politics as “social workers” and those who wanted to help the pity-objects mentioned above.

It was a massively successful strategy because it did not confront a powerful enemy head-on, and by the 1960s it had convinced a new generation — its real target — that the only way to be fashionable, intelligent and likable was to be liberal.

This generation in turn decided to enact genocide against the Silent Majority.

Their realization was that Nazi-style Holocaust-style genocide was passe in a big way: it was inefficient; it was hard to force people to do it; it left a trail of culpability. Why destroy the new Jews with machine guns when you could simply breed them out of existence and reduce them to an ineffectual minority?

Thus were born a new series of proposals: one, insist that opposition to internationalism through immigration was Nazi-style racism; two, destroy the moral and community standards of the Silent Majority; three, threaten them by making them appear like calcified McCarthyites if they did not accept this new way.

Soon the immigration floodgates were opened and, cowed by fear of being called McCarthyites, the conservatives in power did not successfully resist:

Over the last few years, various demographic projections from that same agency and independent analysts have provided somewhat fluctuating estimates of the dateâ€”perhaps 2042 or 2037 or 2050â€”at which white Americans will become a minority. This represents a remarkable, almost unimaginable, demographic change from our country of the early 1960s, when whites accounted for over 85 percent of the population and seemed likely to remain at that level indefinitely.

Many years of heavy foreign immigration have been the crucial element driving this transformation, but even if all immigrationâ€”legal and illegalâ€”were halted tomorrow and the border completely sealed, these demographic trends would continue, although at a much slower pace. Today, the median age of American whites is over 40, putting most of them past their prime child-bearing years. Meanwhile, Americaâ€™s largest minority group, the rapidly growing population of Hispanics, has a median age in the mid-20s, near the peak of family formation and growth, while both Asians and blacks are also considerably younger than whites. In fact, since 1995 births rather than immigration have been the largest factor behind the near doubling of Americaâ€™s Hispanic population.

For decades, white voters have tended to lean Republican while non-whites have been strongly Democratic, so the swiftly falling ratio of the former to the latter has become a source of major concern, even alarm, within the top ranks of the GOP, which received a sharp wake-up call when gigantic California, traditionally one of the most reliably Republican states, suddenly became one of the most reliably Democratic. – The American Conservative

Who do we import? Anyone who’s not the Silent Majority, meaning anyone non-white!

Where should we find them? Anywhere that people breed profligately!

What should we do with them? Put them front and center in our media, while using them as cheap labor, to retain their pity-object status?

What is the goal? Eliminate the Silent Majority. Destroy it at all costs.

Merkel remarked, “At the start of the 60s we invited the guest-workers to Germany. We kidded ourselves for a while that they wouldn’t stay, that one day they’d go home. That isn’t what happened. And of course the tendency was to say: Let’s be ‘multikulti’ and live next to each other and enjoy being together, (but) this concept has failed, failed utterly.”

Merkel’s announcement on the failure of multiculturalism as an official policy was hugely important. Germany is the largest and richest member of the European Union, and given its history, Germans have been guarded and reluctant in speaking about their unease with a policy that would brand them as bigots or worse.

But Merkel was not alone. A few months later in February 2011, Britain’s Prime Minister David Cameron, speaking at a security conference in Munich, joined Merkel in declaring “multiculturalism has failed.” He called for a stronger national identity and the need for “more active, muscular liberalism.” Cameron’s words were a useful reminder that liberalism is a fighting creed, and freedom cannot be taken for granted. – Toronto Sun

This is an excerpt from a new book called Delectable Lie: A Liberal Repudiation of Multiculturalism and its point is that multiculturalism subverts and destroys democracy.

I have an even simpler formulation: diversity subverts and destroys nations, leaving behind citizens with nothing in common except dependency on a strong central government and its post-totalitarian aparat. Diversity serves one function: destroy the Silent Majority so the corrupt can rule.

This is why, throughout history, we see no successful examples of diverse societies. We see lots of societies becoming diverse shortly before they collapse, however! We also have examples now of diverse societies, and while it’s taboo to say this, like Brazil they’re all in varying stages of collapse. Don’t expect them to be here long, and by the way, they tend to be unstable places to live.

Is it any wonder that most historical descriptions of the deaths of civilizations can be summarized as follows? “The Examplean civilization grew from a few hardy individuals dedicated to eking life out of their harsh surroundings. Over time, they expanded, and developed advanced hygiene, civil society, learning, philosophy, art, culture, politics and technology. Eventually, however, the society fell into disarray and eventually was (a) overwhelmed by its slave population, who took over and then some time later (b) conquered by outsiders it previously had bested.”

They all fall that way: Rome, Greece, the Aztec, the Maya, ancient India, ancient Persia, Angkor Wat, Easter Island (the list goes on to the horizon).

Diversity is clearly destruction. However, it genocides the Silent Majority and provides a perennial “squeaky wheel” — the pity-objects of the poor and the minorities, groups that usually overlap. Dying societies forget that this Silent Majority is the reason why that society is prosperous in the first place.

As we watch globalism grind onward despite the clear warning signs, we should remove the cobwebs from our eyes and see its true intention, not the promises it makes like the pleasant assurances of pharmaceutical commercials and street corner prostitutes.

The new order | Lessons from the Arab spring