The need for a unified right. 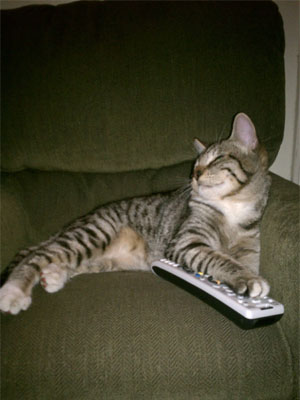 A pearl is made when a bit of sand gets caught in an oyster. In an effort to end the irritation of the sharp object, the oyster coats the tiny rock in layers of surprisingly attractive shell. Eventually a perfectly round and painless object remains.

Conservatives have for years been trying to do this to liberals. With the French Revolution in 1789, two things were invented: the nation-state and the Conservative. The first occurred because for the first time, “nation” did not mean bonds of heritage, but of politics.

The second came about because with the rise of “revolutionaries,” who threw out past knowledge and operated on social demands for idealized justice alone, there needed to be someone who upheld the old ways in whatever form remained.

Thus was born the Conservative, who believed in (a) tradition and (b) non-utilitarian consequentialism, or judging ideas by their results when applied, not by how fair or generous they sounded to an undifferentiated social crowd. Since then, Conservatives have been trying to goad society back toward sanity.

However, along the way they’ve domesticated themselves. Mainly because of their reckless individualism, they insist on trying to make a pearl instead of tossing the nettling object out of the shell. And so with a few rare exceptions, conservatism has become a game of catch-up.

Currently, Conservatives are confused about what to do about this. Like the oyster, many of them favor tolerant and passive means. They don’t want to become polarized, they say. Here’s the most literate example from a site I read and enjoy:

The problem of ideological politics is typified by certain factions of the Tea Party who, although espousing principles congenial to most conservatives, highlight the dangers inherent in excess each time their self-appointed leaders claim the exclusive right to set the â€œconservative agendaâ€ and excoriate those who refuse to adopt their policies in whole. â€œBe my brother or Iâ€™ll kill youâ€ was the Jacobin creed, yet the contemporary heirs of Edmund Burke dangle perilously close to adopting this as their motto each time they endeavor to attain ideological uniformity. Such an embrace would amount to a total abdication of the very principles conservatives seek to exonerate.

What they’re calling ideology was originally called “dogma,” or a situation where repeating the political talking points was more important than understanding them or the reasons behind them.

However, there is a distinction between the right and the left, in that (as said above) the right relies on proven methods and goals outside an arbitrary human justice. This does not mean that the right does not have an “ideology.”

In fact, it’s fallacious to argue that what exists for the right is not an ideology: it’s a belief about how things should be. Yes, it’s grounded in past experience, but only partially. The rest is derived from learning about experience enough to value the perennial things, the good, the beautiful and the true.

The difference is that leftist values are social values where conservative values are based on reality itself and the most sacred aspects of the human experience, namely reverence for what is transcendentally beautiful in reality and within the self.

Conservatives need to stop waffling on this topic. It’s a nice talking point, and I’ve used it myself, but ultimately it’s a sidestep from where we want to be. Our ideology clashes with the left’s ideology because their ideology is based on socially-correct wishful thinking.

Let’s leave it at that.

Doing so would free us up to stop being so internally divided. Majorities can rarely unite. The reason for this is that, by the fact of being a majority, they’re unaware of what they share in common. Things are just as they are, and they all seem to be similar.

The problem with that is that it leaves us open to being unable to build consensus. If we don’t know what we value, we will not unite, and thus will get steamrollered by others.

This doesn’t mean we abandon the “big tent” approach of conservatism that includes all who distrust liberalism and prefer reality-based logic. It means however that we adopt some basic outlooks and defend them, including social conservative viewpoints, as they are inseparable from the conservative ideology as a whole.

The former group has the support of a number of billionaires and… the media, Democrats, foreign commentators and other nominal leftists. Why is that important? It shows us the problem of not adopting a balanced social/fiscal approach. If we don’t, we offer up a shopping list to entrenched interests who will pick the innocuous parts of conservatism, and use it toward their own ends which include converting the USA into a liberal superpower.

A better point here is to recognize the unity of principles in our fiscal logic, and to deny it to those who would use it as a weapon in service of liberalism. We believe in small government because big government invents Nanny State and PC roles for itself, using the perceived “morality” of those positions to justify increasing intervention.

We’re past the days where one party is the Freedom party and the other is the big government party. Liberals say they’re for freedom, too. They claim liberty also. They will claim small government if convenient, because they can always take their fight to the cultural Marxist frontier as they did in the 1960s and convert us to liberalism through social unrest.

The difference is that while both parties offer freedom etc., the left also offers freebies. Free medical care. Free welfare. Free education. Free whatever the audience wants. Its business model is to buy votes using debt. But that’s a more popular model.

Instead of trying to become more popular in an area where we can’t go, we should circle up the wagons. Anyone who is directly spiteful toward social conservative positions is not an actual conservative; drop them, and find someone who is. Most of the country agrees with us that abortions are murder, gay marriage is pointless and destructive, drugs are bad mmmkay, and that government should stop trying to force us to “do the right thing.”

United we stand, divided we become Democrats. Let’s stop trying to imitate the success of another party whose makeup and fortunes are so different than our own. Instead, let’s stand for honesty, integrity and building a family-centric reality-oriented America.

The essence of liberalism: the cheerleader effect and self-esteem | The purpose behind Amerika.org