The purpose behind Amerika.org 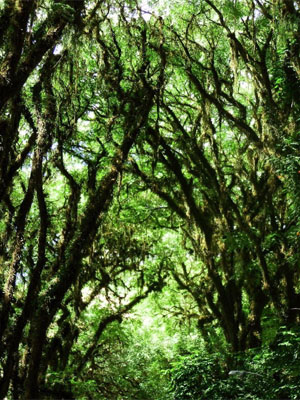 Once upon a time, there was a land called America.

A pleasant place, it prospered with the best blood, knowledge and bravery of the old world, blended with the if-there’s-a-will-there’s-a-way spirit of the new world.

Then the decay caught up to it.

The decay seems to catch every civilization, and it is caused by the formation of a tumor within the society. It is made of people who reverse thought itself by replacing normal cause-effect relationships with how actions appear to others.

As a result, the society enters a death spiral: its citizens demand lower accountability to cause-effect thinking, thus gain more “freedoms,” which lowers unity, and requires more manipulation by government, media and finance to keep the society from falling apart. Anarchism and totalitarianism form two halves of this cycle.

This tendency toward simultaneous narcissism and external social conformity, and toward forming a political entity that hybridizes a lynch mob, a witch hunt and an angry mob, is called Crowdism. Crowdism is the underlying cause of all decay, because it both tears society apart and by its permissive, egalitarian and relativistic nature, encourages individual moral dysfunction.

On July 14, 1789, an angry Parisian mob stormed the Bastille, a prison and symbol of state power, and overtook it. With that, they launched the modern career of Crowdism, which had been growing since the Enlightenment. This launched liberalism, which is a form of Crowdism; not all Crowdism is liberalism, but all liberalism is Crowdism.

Every form of modern liberalism descend from what they demanded at the Bastille: equal distribution of wealth, state-funded entitlements, gender equality, no national borders or ethnic origins, no common standards of behavior and no permanent internal hierarchy by ability.

At first, liberals were “soft liberals” who wanted a society with few rules where the marketplace and marketplace of ideas determined what happened. Like today’s libertarians, they allowed for free choice, knowing that most people would choose the lowest common denominator, and so achieve what liberals desired. Brave and idealistic men partially embraced this convention when they founded the USA, but also expressed their doubts and limited it with checks and balances.

Later, liberalism went full-force in emulation of the French Revolution with the rise of Marxism and the revolutions that supported it. For these “hard liberals,” free choice was not enough; the crowd knew better, and could use the modern political and economic state to enforce its will on the people.

For a long time, Americans resisted this idea, but people get weak when they see that many people around them are following a trend. After the war of 1812, Americans began importing new people and adulterating the original mix of native English, Dutch, German and Scots. The country became more inclusive and with that came instability and thus, people turned to liberalism.

At that point, slavery was on its way out, banned or soon to be banned in most European nations, and increasingly irrelevant as farm equipment improved. But it made for a handy liberal talking point, and a way for liberals to convert the country to hard liberalism by taking a “moral stance” and using guilt to silence anyone who opposed it.

Since that time, America has been in tension between those who share the reservations of its original colonists regarding liberalism, and the newer groups who want a relativistic and permissive state. We went to war for liberalism in two devastating World Wars, and then we embarked on a Civil Rights struggle designed to find oppressed groups and bring them to rights.

Finally, in 1968, the liberals won. They changed our laws to import people from third world nations, they changed our culture to be permissive toward all forms of self-destructive behavior, and they altered our politics to be permanent hard liberalism.

In the following decade, as the Cold War heated up, the West tried to compete with the threat of Communism by offering its own type of socialist system, a hybrid of capitalism, socialism and libertarianism. When Communism collapsed in 1991, the restraint that kept this system from drifting farther left fell away, and the modern state arose.

Most elections in America are won by liberals; most people endorse liberal views. It is seen as gauche, ignorant, racist and un-educated to oppose liberal ideas. All of our movies, books and theater re-tell the French Revolution story: how a few elect oppressed the many, who then joined together by accepting each other despite their failings, and overthrew the oppressors.

It would be fortunate if Americanization were limited to America. It is not; Europe, the East and even parts of the Middle East and Africa are imitating the liberal democratic model, which inevitably leads to the values of the French Revolution plus the comforts of American consumerism. The two are inseparable: once you have freedom, people have the freedom to choose the lowest common denominator in the form of convenience over quality, and the majority of them always do.

What we have as a result is a globalist civilization called Amerika that seeks to destroy all values, all organic cultures, and all independent thought in the name of the values of the French Revolution. We fight this revolution again and again, as anyone who deviates from our values is branded the new Louis XVI and battled until we can send them to the guillotine.

The problem with Amerika is that it has no home. It is everywhere that humanity is; it is eternal, because Crowdism appears in every civilization once it becomes successful. Easter Island, the Aztecs, the Maya, Angkor Wat, ancient Egypt, Greece and Rome all perished from Crowdism.

All other problems and solutions are false. Corporations are not destroying us, nor are we in the hands of new Hitlers or the KKK, nor are we being subverted by Masons, The JewsTM, Scientologists or the Bildebergers. We are dying as a civilization because the selfishness of individuals became a political sacrament and it is slowly deconstructing the basis of civilization, which is shared values.

We offer a simple solution here:

There are no easy solutions to civilization collapse, but most of what we face are non-solutions that lead to chaos, infighting and instability which will ultimately transfer power back to the Crowdists. When the going gets bad, people are at their weakest, and listen to easy “solutions” involving peace, love and equality.

If you believe in yourself, your family, your friends, nature and all things which exemplify the good in life, this path calls to you. There is a better way to live, and if you pass it up, you will feel foolish as the current path leads to nothing but more lies and decay.

We have lived for too long believing that the conservative way of life is despotism, and that individualism and social control in the form of consumerism, democracy and popularity is liberation. We need to switch direction and restore America, and banish Amerika to the dusty halls of history’s failed experiments.

What are our influences?